Vanity in the driving seat 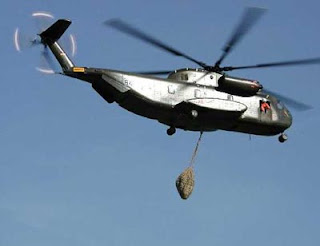 Coming on the back of the announcement of further delays to the Airbus A400M programme, as it did, it seems a tad unfortunate that the European Defence Agency should yesterday have called for EU nations to enter another joint aircraft development programme – this one the joint Franco-German heavy-lift helicopter.

It should have occurred by now, even to the image-besotted Europeans that these multinational programmes do not work. The only way is for one company to take design and production leadership and to sell the product to other nations on its merits.

Cost and efficiency, however, are not uppermost in the EDA's mind, however – witness the statement by the Agency's new head, Alexander Weis, who says that cooperation on this project "would fill important gaps in Europe's military hardware and allow the EU to build up armaments technology so it could better compete with the United States". He added that He said the long-term build up of such home grown projects would allow Europe to "cooperate" on a more equal footing with the United States.

In this, Weis is also talking about a European satellite observation system, to replace existing French-led system when it comes up for renewal around 2015. There too, he is looking for a modernised system jointly built by the Europeans, again to reduce dependence on US space-based intelligence, while sharing development costs.

The Franco-German project has been around for some time, since at least 2003, aimed at replacing the German Sikorsky CH-53s (pictured) and the Chinooks operated by other nations.

The problem is that the two partners only need about 60 aircraft and the estimated €2 billion (US$2.9 billion) development costs for such a limited number of units makes the project uneconomic – hence the need to rope in other partners.

Of course, the traditional way has been to build US designed helicopters under license – as has been the case with Sikorsky machines for many decades – but this is not good enough for the Europeans. They must now have their own designs, not matter what the costs or difficulties. 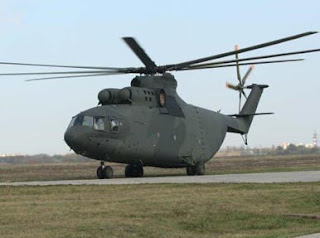 One other option would be to go into partnership with the Russians and develop the Mi-26 heavy lift helicopter (pictured right), bringing it up to western standards. Something like that has been done with the workhorse Mi-8 helicopter, although Defense Industry Daily seems to think that this would be a more expensive option than buying a US machine – albeit less than the cost of an entirely new development.

Nevertheless, the "big negative" for either option is that the resultant machine would not be "European". This, it seems, vanity is once again in the driving seat. Please, do not let it be that the British government is stupid enough to take part in this venture.