Winning the war - Part IV: The seeds of destruction 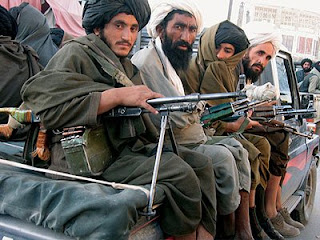 One of the loose approximations that blights better understanding of affairs in Afghanistan is the use of the word "Taleban" as a portmanteau term to describe the insurgents.

It takes no great exploration of the situation though to realise that the armed insurgency comprises multifarious groups. The "resistance" to the coalition forces is overlaid by tribal rivalries, so that fighters can be local groups or individuals, as well as foreigners pursuing the jihadist agenda.

Crucially, there is an inter-relationship between the groups in that the jihadists can recruit from the local populations, relying on the dispossessed, the unemployed or those whose economic interests are threatened by central government intervention. Indeed, some "insurgents" may be primarily engaged in criminal enterprises rather than politically motivated activities, working independently, alongside or in concert with the jihadists.

Whatever the finer details of the precise relationships, the problem that confronts the Kabul government and the coalition forces is that the violence is sustained by both imported fighters and by elements of the indigenous populations – of which, in relative terms – there is an inexhaustible supply.

From the military perspective, fighters – whatever their provenance – can be removed from the "field of combat" by direct action, either by killing or capturing them. Additionally, they can be deterred from participating by aggressive actions which convey the message that the possibility of death or injury is unacceptably high.

However, given the costs of employing troops and their equipment, plus the expenditure on fuel, munitions and other consumables, this is an expensive way of removing combatants and one which, ultimately, cannot succeed. As fast as individuals are disposed of, they are replaced by new recruits. Arguably, therefore, long-term success must – at least in part - depend on preventing (or disincentivising) potential fighters from joining the fray in the first place. 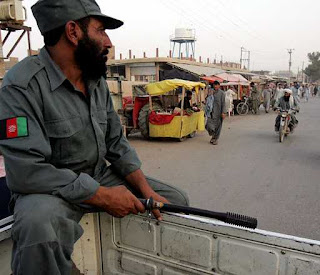 A distinction here must be made between foreign and home-grown fighters. Clearly, there is some merit in suggesting that each group can (indeed must) be dealt with separately. And, although the groups characterised as Taleban or Al Qaeda are ideologically driven, as far as the home-grown fighters are concerned, there is good evidence that at least some are motivated by economic grounds – gaining through the proceeds of criminal activity or driven by poverty or lack of economic development.

Under such circumstances, addressing economic motivations can be a valuable and effective counterinsurgency weapon, possibly in some instances more so than thousands of heavily armed troops if it succeeds in removing large numbers of fighters from the field.

Invariably, though, this is a simplistic assessment. By contrast, there have been many learned and some extremely well researched dissertations exploring the drivers of the insurgency and pointing to strategies for its eventual resolution. There is no shortage of high quality thinking and intellectual effort devoted to this cause.

If it is possible to summarise the general trend of thought, however, it is largely expressed in terms of the Taleban and other (ideologically-driven) insurgent groups exploiting the weakness of the central government and, in particular, claiming to offer better alternatives. Thus, the focus of the (non-military) international efforts in support of the Kabul government has been on providing the services associated with good governance, ranging from water and electricity, schools, better roads, health care and a myriad of other provisions.

Central to that effort has also been an intensive and continuing programme directed at agriculture, primarily devoted to increasing food security – i.e. production. Coalition governments and aid agencies have offering improved seed, fertilisers, irrigation works and technical advice – much of it free. Additionally, efforts have been made to supply credit on easy terms for purchasing inputs, correcting some of the more egregious distortions in the market. As a result, food production has increased substantially and many communities (or individuals within those communities) have benefited.

Therein, however, lies the problem. As one perspicacious study noted, the net effect of the flood of aid and assistance has been typically to benefit the wealthier members of communities, disproportionately so. It is not an exaggeration thus to suggest that the main achievement of the (largely) western intervention has been to make the (relatively) rich more wealthy and the poor poorer. 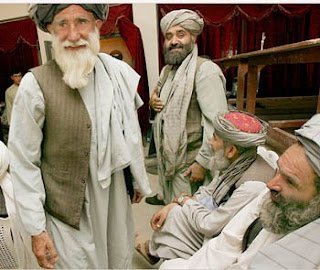 Perversely, the overall objective of the aid programme is to assist communities in the "achievement of social economic goals" – and to associate that achievement with the writ of central government. In practice, though, for large numbers of impoverished Afghanis, the programme becomes the main obstacle to their achieving their goals. Intervention, far from removing one of the drivers of the insurgency, is adding to it. Our efforts have within them the seeds of their own destruction.

The explanation for this is not difficult to deduce and rests to a very great degree on two factors. Firstly, the bulk of the agricultural aid has been grossly unbalanced, focused too much on improving production. Secondly, much of the land ownership structures of the country – and particularly Helmand – are such that small farmers suffer financially rather than benefit from increased production.

As to why these factors should be so important rest in turn on the thesis explored in the previous part, where we noted that Helmand province is able to produce large surpluses of agricultural produce. Yet, owing to the inadequate infrastructure, farmers are unable to export its surpluses to the rest of the country. In these conditions, local over-supply leads to substantial falls in prices, to the extent that farmers earn less from producing more. More importantly, even where gross incomes improve, net incomes fall when sale prices no longer cover the increased inputs.

In the specific context of Helmand, the land ownership structure of the province exacerbates this effect. Upwards of half – and maybe substantially more – of the farmers do not own their land but farm as sharecroppers. In this malign system, they are forced to purchase inputs such as fertiliser from their landlords, often at inflated prices, and hire machinery such as tractors – also at inflated prices. Then, by way of "rent" they give up the larger part of their harvests – commonly 80 percent.

Under this regime, the primary beneficiaries of increased production are not the farmers but the landlords, yet the cost of producing the extra falls on the farmers, it being they who have to finance the additional inputs. Even against a falling market price – driven by surplus – the landlord can often gain some extra income, but the small proportion of added produce the farmers keep may not compensate for the costs of production.

On the broader front, there is some recognition of the vital role of marketing but, in by far the bulk of dissertations on Afghani agriculture, this is positioned as secondary to food security and increasing production – an adjunct rather than the priority, and then only as a means of boosting production. Almost nowhere is there any serious discussion on price regulation, and the effects of over-production on incomes.

Improving agricultural markets, however, would improve the lot of the sharecropper, in that firmer prices would increase income, but perhaps only marginally. To benefit fully from such developments, sharecropping needs to be abolished, replaced either by direct land ownership or land rental at equitable rates. The need for legislation to improve the equability of land ownership has been acknowledged but, so far, there have been no changes forthcoming from the central government.

Moreover, many of the absentee landlords are domiciled in Kabul – and points more distant. Where the Taleban took over areas, their "reach" diminished and they were unable to collect their rents or dues.

This scenario, however, does not even begin to touch upon the huge complexity of the situation and, as such, makes it an almost a laughably simplistic analysis. What comes over from a review of dozens of papers from a wide range of sources, is that there are is a vast range of factors affecting land tenure, and allied issues, many of them poorly understood.

Of particular note is a paper written in 31 March 2003, part of which is worth quoting in full:

Until recently, land tenure - the holding and transacting of land - has not been more than peripherally on Afghanistan's planning agenda. This is not surprising. The Afghanistan Transitional Administration (ATA) is new, is only just beginning to function as a government and has limited authority over the country.

Though it is a marvel that any substantive land planning has taken place at all, what has been thought through is driven by the limited objective of helping foreign investors secure land. A more poverty-focused approach to reconstruction, within which land tenure conflicts are most visible, has been slow to emerge, which has meant that issues of land access and the concerns of the majority remain a low priority.

The new administration has also not been particularly well served by the assistance community in this area. Though a range of policy advisories have been issued and agrarian surveys conducted over the last year, they have failed to focus on basic land access, rights as a factor of production, recovery or conflict resolution.

Structural analysis about the drivers of conflict and poverty has been limited. By failing to recognise the centrality of land rights to the peace and reconstruction process and by failing to provide the ATA with valuable lessons learned from experience in other contexts, the aid community has tended to reinforce the perception that land ownership problems are too complex, bewildering or sensitive to address at this time.

Unfortunately, such a risk-avoidance strategy is a-historical and imprudent, and may temporarily suppress chronic grievances. It fails to consider the role that conflict over space - and particularly rural space - has played in driving and sustaining the internal conflict in Afghanistan over the last quarter century. As a result, current approaches to land tenure matters tend to be superficial and ad hoc.

The concern of the ATA is, however, very real. While caution is indisputably in order, it makes sense that the assistance community facilitate the ATA's efforts to understand and deal with the land rights crises that currently beset the nation. It is hoped that, sooner rather than later, this will be expressed in a comprehensive strategy, implemented with its own set of workable legal instruments and local level arrangements.

Five years later, in terms of policy development, very little seems to have changed - land reform has been put into the "too difficult" box, to deal with at a later day. However, that is not to say that nothing has changed in Helmand province and other contested areas. Although the lack of security has insulated the regions from central government and all the influences that go with better communications, the issues of land rights, disputes and farming patterns seem to have developed in an ad hoc fashion, with the Taleban maintaining an element of stability and certainty through the enforcement of their brand of sharia law.

From the perspective of the small farmers – and, in fact, the population in general – the transition from Taleban rule, or even from a state of "lawnessness" (defined as the absence of central government administration), to centralised rule brings not certainty and stability but precisely the opposite. Settled issues are re-opened, the status quo is threatened and uncertainty prevails.

It would be hardly surprising if the "liberated" populations regarded coalition forces as the enemy – not because they are occupiers, foreign or otherwise – but for what they represent and for what follows in their wake. The soldiers may concern themselves with "hearts and minds", carrying out "contact patrols" and driving in open-topped Land Rovers rather than armoured trucks, but their efforts are irrelevant in the context of the bigger picture, which has a far greater influence on sentiment.

So, where does this leave the military? We can now finally get down to addressing their role, which we will do in the next part.