What happened to the rest? 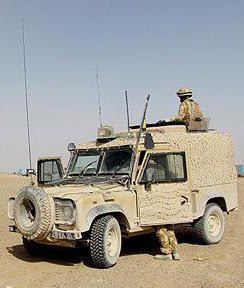 In July 2006, we got from defence minister Adam Ingram some information on Snatch Land Rovers. They were produced in 1992 and a total of 991 were procured.

February just gone, the MoD was asked how many were still in service. The response was that 645 were still on the inventory but only 580 were "fit for purpose".

Now, through several Parliamentary questions, we have established that no Snatches were ever sold off by the MoD. And they started with 991. They have 645 left, which makes 346 missing – more than a third of the starting number.

Whatever happened to them we wonder.