An absence of strategy? 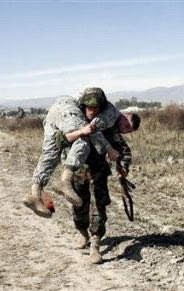 For some time now – as we have remarked previously - it has been very difficult to "read" the battle in Afghanistan. That was not the case with Iraq. There, with some of the main action going in heavily populated areas, there was media reporting – and a constant flow of reports from Arab press agencies. It was, therefore, possible to piece together what was going on – albeit with very little help from the British media.

In Afghanistan, it is different. Much of the action is taking place outside the urban centres, the Afghani media is considerably less developed and the Western media relies almost entirely on "embeds", the output of whom is rigorously controlled.

Following the ebb and flow of a counter-insurgency operation is, in any case difficult. Unlike conventional warfare, with its defined lines and set-piece battles, there are no front lines. The confrontation tends to be disjointed, small unit actions, separated in time and space, with the fighting carried out by disparate national contingents, between which these is less than perfect communication, and different intensities of reporting. All of this naturally makes the "bigger picture" more than a little obscure.

The very idea of "reading the battle" however, implies that there is something to read – an element of coherence and a "guiding mind" that is directing movement towards a defined gaol, however chaotic and uncertain that movement. What is slowly dawning though is the realisation that the main obstacle to understanding what is going on is that there is lacking any defined goal and therefore any coherence. It is impossible to read the battle because there is no guiding mind. There is no coherence, only chaos.

A hint of that came in early February when David Milband complaining of "a strategic stalemate in parts of the country through their use of improvised explosive devices", also noting that the Taleban was "spreading insecurity". 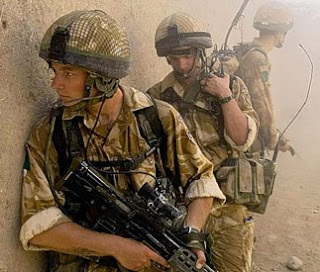 Further hints came with the MoD's reporting of its recent "Red Dagger" operation, heavy on the hype but lacking any framework that would indicate that there is any sense of strategic direction, an impression reinforced by its pathetic attempts to over-sell the "success" of its drugs bust in northern Helmand. Combine that with its general lack of reporting and you discern exactly that which is becoming evident – that there is a lack of strategic direction.

Yet another clue to this disarray comes in today's Sunday Times. It tells us of how US forces in Afghanistan are taking a more assertive role in Helmand province, dictating the nature and scale of tactical operations in an area nominally the responsibility of the British.

A 2,000-man US taskforce based in Helmand has, we are told, pushed west into Farah province to choke the Taliban's supply lines, part of an American plan to contain what they perceive as British "failures" in southern Afghanistan. We are also informed that, privately the Americans are fiercely critical that the overstretched British are merely "treading water" until more US forces arrive this summer.

Furthermore, US special forces are probing Taliban strength in Washir, Nahr Sukh and Garmsir, three districts in central and southern Helmand, again areas nominally the responsibility of the British.

This trend of greater US intervention has been evident for some time – if entirely unreported by the British media. In the operation to recover Musa Qala in December year last, it was the US which dictated the timing of the operation, which determined the shape of the operation and which provided significant ground forces, plus most of the helicopters and air support.

Then, in the operation to take control of Garmsir, it was the USMC which took the lead and provided by far the bulk of the forces, succeeding where previous British efforts had failed.

Now, it seems, US forces are not even doffing their caps to British sensibilities, refusing to take orders from Britain’s Taskforce Helmand. Instead, they report directly to a regional headquarters in Kandahar. A standing joke amongst the Americans, it appears, is the acronym for the Nato-led International Security Assistance Force, which includes most British forces. This is taken to stand for I Saw Americans Fighting.

An unspoken presence here, like the spectre at the feast, is Iraq. The lacklustre performance of the British in that theatre has had a profound effect on the Americans. Gone is any deference or even any confidence in the abilities of the British high command – although there remains the greatest respect for the fighting qualities of the troops. And the American attitude is somewhat reinforced by the delusional conduct of British senior officers who are seeking to convince themselves and everyone else that their activities in Iraq were a success. Amused contempt is giving way to irritation.

US General David McKiernan, ISAF commander, is less than impressed by British efforts in Afghanistan. Like Miliband, he sees the current situation in Helmand as a "stalemate". British officials, on the other hand, admit they do not have enough troops to control the ground. "We clear an area and the Taleban run away," said one official. "But the soldiers can't stay, so the Taleban creep back. It's pointless." 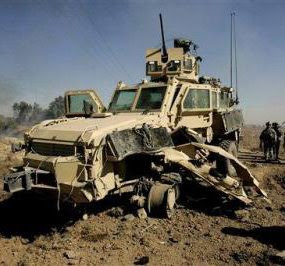 Such an analysis is – as so often – superficial, and again relates back to Iraq where the oft' repeated lament was for more "boots on the ground". But, as US General John Craddock observed last year, the priority is the provision of transport (particularly helicopters and mine-protected vehicles), intelligence and medical capabilities. "Too often," he said, "the forces there now are relatively fixed, because we don't have adequate tactical mobility to move them around to be able to do the jobs we need them to do."

We have a situation in Helmand where British troops – short of both helicopters and protected vehicles – lack the tactical mobility that would enable them to function more effectively. The Royal Marines, in the north, have been able to rely on USMC assets but, further south, the Rifles battle group are sorely lacking in the necessary equipment. More British troops would simply exacerbate existing shortages and achieve very little.

However, while the US is taking a more dominant and assertive role, that does not mean that the Americans have an overall strategy worth its name. Although Obama has agreed to a "surge" later in the year, there are no indications that these troops will make the difference.

Nevertheless, there is going on behind the scenes an intense debate on the correct strategy to adopt and, unlike in the British media, that debate is spilling over into the public domain. Thus we saw recently in Newsweek a long and detail analysis which, to a very great extent, reflects the range of thinking in the Pentagon and State.

Written by Frederick Kagan, the author obviously has a good knowledge of his subject but, like so many, is trying to paint too broad a brush, treating Afghanistan as a single country or a single problem. At the heart of the difficulty though is that Afghanistan has only ever been a country in name. In reality, it is in fact a series of disparate regions, with their own separate identities, which transcend the borders.

The task facing the coalition therefore is not so much reconstruction as nation-building ab initio, an altogether different prospect to the task that faced them in Iraq. The basic flaw in the thinking, it seems to me, is that they are looking for a "top-down" solution, ignoring the fundamental principles of how nations are actually created.

Here, one really does have to look to the past and it does seem strange that principles that were known to the Romans and the ancient Chinese seem to elude us, for all our technological sophistication. What both empires had in common were that, when they sought to extend their grip over their territories, they concentrated on communications - especially roads.

Reading recently, "The shorter Science and civilisation in China," By Joseph Needham, one sees the interesting observation that, "No ancient country in the world did more in civil engineering, both as to scale and skill, than China." Needham goes on to write: "With a territory of nearly 1.5 million square miles, by AD 190 during the Han dynasty, they had built 22,000 miles of first grade roads."

That, we are told, was in addition to an immense system of navigable rivers and canals. Road building was at its peak during the Warring States period. The most successful states, such as the State of Qin, were those which excelled in road-building activity. 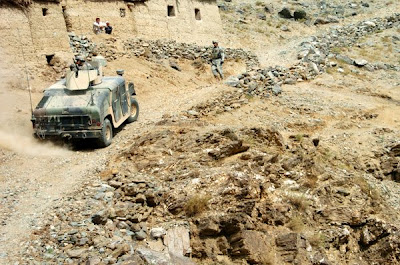 One really does get tired of stating the obvious but the essence of a nation is communications. Governance stems from communications not the other way round. When you have mountain valley communities which are difficult to access even by Humvee, where even sizeable towns a mere 100 miles from the capital can take three or four days to reach and where it is possible to lose touch completely with communities of several thousand strong - not even knowing whether they still exist - just because there is heavy snowfall, this is not a nation.

The thing about the basics is that they are precisely that – basics. They are not optional extras and, unless you get them right, everything else that follows is doomed to failure. It might one day be modish to the point of fashionable to build houses without foundations - instead of sticking to boring old "traditions" – but the forces of gravity will soon prevail. Similarly, modish ideas about strategy will not stand the test of time without foundations.

At least, though, in the US there is some sort of a debate going on. Here, of course, our parliamentarians are far too busy emoting to waste their time on such matters and the media has long since abandoned any pretence of conducting anything that approximates informed debate.

Whether led by Americans or the increasingly discredited British, however, there is no sense that any strategy which does emerge will be any more successful than the current non-strategy. The fear is that all we are going to achieve is to kill a lot of good men, spend an awful lot of money and get nowhere.

That would seem to leave but one option. In the fullness of time, the Americans will have one thing to learn from the British – how to lead an ignominious defeat and pretend it is a success. Even there, though, the British have been somewhat less than convincing so it looks as if the Americans are going to have to work out their own strategy for that as well.