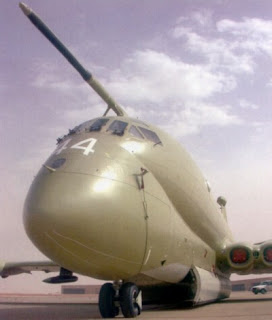 Once again, the Nimrod saga has erupted into the news, and once again the media have lost the plot. Right from the very start, after the tragic crash in September 2006 we were asking why an extremely expensive maritime patrol aircraft was being used for operations in land-locked Afghanistan, when there were cheaper and better ways of providing the same capabilities.

Now, with the removal of the Nimrod fleet from operations, pending rectification works, the focus is on the shortfall in capability. Thus, we get The Daily Telegraph retailing concerns from "military sources" that the withdrawal of Nimrod would remove vital surveillance coverage and could endanger the lives of troops on the ground.

Those same "military sources" are telling us that, "The MR2 gives forces on the ground immense camera and communication capability alongside experts in the Nimrod who can interpret what's going on." And so we are advised that, "Without Nimrod the dangers will increase."

This is, though, only partly true. Some of the capacity provided by the MR2 is now delivered by the Reaper and Hermes 450 UAVs, which should have been available much, much earlier – but that is another story. Additional capacity will shortly be delivered by the Beechcraft King Air 350ER, which should have been ordered earlier, but again, that is another story.

But the real story of the MR2 is that it is a stop-gap, providing a limited battlefield surveillance capability. It was used to make up for the absence of specific equipment, designed for the purpose, which is still not available. Yet, in their own dismal, ill-informed way, the idle hacks complain that the MR2 has been kept in service because of the delays in the replacement MR4 programme. That is completely to misunderstand the situation. 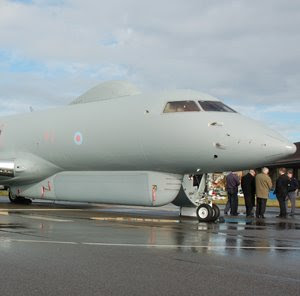 The MR4 is indeed a replacement for the MR2 maritime patrol aircraft, but it is not a substitute for the MR2 as a (land) battlefield surveillance aircraft. The MR2 is a stand-in pending deliveries of the Sentinel R1 ASTOR programme (pictured right). It is because of the non-availability of that aircraft that the MR2 was pressed into service in the first place.

The history of the ASTOR project is, to say the very least, interesting - yet another of those procurement cock-ups for which the MoD is so famous. And once again, this goes back into the mists of time, as the project stems from the early 90s, to the last Conservative administration.

The initial definition studies were carried out through the mid-90s but, by 1995 they were sufficiently far advanced for the then minister proudly to announce that development and production contract would be let in 1998, with an in-service date for the full system of 2003. That minister was, of course, the Rt Hon James Arbuthnot, currently the Defence Committee chairman.

The project was inherited by New Labour in 1997 and, unfortunately, it was not subject to review, having by then acquired unstoppable momentum. As so often, though, the project suffered slippage, the preferred bidder not being announced until June 1999. Since then, the project has suffered numerous delays and, as of this year, it is still not in operational service. And that is why the Nimrods have been flying over Afghanistan. 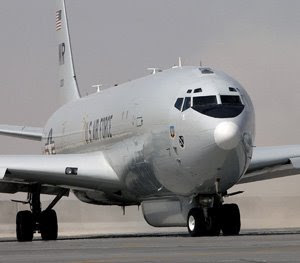 The essential problems, however, started with the very nature of the project. The system in the early 90s was already being developed by the United States, as the E-8 J-STARS programme. But to deliver the capacity, they chose the C-135 airframe (based on the Boeing 707 airframe - pictured left). As a result, it had a relatively trouble-free development, becoming operational in 1996, while the MoD was still carrying out definition studies.

At that stage, with the "special relationship", we could have bought into the project but, being British we had to have a British system – pork-barrel was the name of the game. And, being British, we of course knew better than the Americans how to do things. So, instead of choosing a cavernous and proven airframe like the C-135, we opted for a two-engined business jet called the Global Express, into which more or less the same systems were to be crammed.

Unsurprisingly, with all those electronics and systems packed into such a tiny space, there were over-heating problems, with which the cooling system failed to cope, and a number of fires in the equipment. Thus the aircraft could not be cleared for operations, leading to the massive delays we have experienced.

But there was another twist to this tale. The US airframe is able to carry a crew of 21 comprising 18 operators and three flight crew. For long endurance missions it can carry 34, comprising 28 operators and six flight crew. Thus, it has the capability of processing much of the data on-board, delivering the finished product to ground forces, and contributing to the battle management – in much the same way the AWACs system works with the air battle.

However, with the Sentinel only able to carry five crew, of which only two are system operators, raw data has to be transmitted to ground stations for processing and onwards transmission, adding hugely to the complexity and cost of the system – and adding another stage in the process of getting intelligence to ground forces.

With only a nine hour endurance (flight refuelling having been omitted to save costs) – as against 20 plus hours for J-STARS- we end up with a more complex system which is still not in service 12 years after the US system became operational. For that privilege, we are paying roughly twice the acquisition cost of the US aircraft. We have also had to fund Nimrod operations in the interim, at £30,000 an hour, amounting to hundreds of millions from the defence budget, for what amounts to a substandard capability.

So far though, the MoD seems to have got away with it, the project having almost completely escaped parliamentary scrutiny. Thus, of the current phase in the Nimrod saga, we get opposition politicians accusing ministers of "complacency and penny-pinching". The courageous Liam Fox, Conservative shadow defence secretary then leaps into the breach, declaring that: "It beggars belief that even after 18 months, the MoD and its contractors have failed to modify these aircraft which are undertaking critical surveillance operations in Afghanistan."

It would not do, of course, to point out that the root of the problem stems from decisions made in the 1990s, initiated by the last Conservative government. And, far from "penny pinching", it has cost us a fortune.

That point was not lost on Bruce George MP, Chairman of the Defence Committee, 1979-2005. In June 2008, commenting on procurement failures, his list included "J-STARS ... which we should have bought for ASTOR". He added: "Every single war in which our armed forces have engaged was either just about won, or even lost, not just because of poor leadership but because of poor procurement."