Which is it to be? 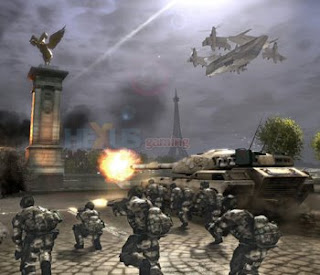 Britain has now reached the point at which it had to make a serious choice about its future. Either it had "an adequately resourced" Armed Forces that could fight major wars, or one that could only conduct counter-insurgency and peace-keeping operations.

Given the "nature of current operations" in Iraq and Afghanistan and the "size of resources", it would be impossible to fight a major war.

That is the view of Oxford University's Prof Hew Strachan, as recorded by Thomas Harding of The Daily Telegraph.

Strachan had been giving evidence to the Defence Committee, which is carrying out an inquiry into recruitment and retention in the Armed Forces, in which context the Prof. believes that, until Britain answers the question of what size and type of Armed Forces it wanted, recruiting and retaining troops was "operating in a vacuum".

This is such eminent good sense that we trust the Defence Committee takes it to heart – although this cannot be guaranteed.

The constant theme throughout this blog is the tension between resourcing current operations and preparation for a "future war" and it is good to have some one of the status of Prof. Strachan state the obvious.

Many of the budgetary problems encountered in defence arise from trying to satisfy these conflicting demands, with the result that we are able neither to resource a "future army" nor adequately maintain an effective counter-insurgency capability.

The problem is that making a choice – short of massively increasing the defence budget, which is not going to happen – is a major political decision which should be taken only after a prolonged and open debate. Simply trying to ignore it - throwing money at the Services to keep individual projects going without any coherent framework – is not a sensible option.

If MPs – and particularly the Opposition - are at all genuine in their desire to increase their relevance to voters, this is an area where they could lead the debate, starting with the Defence Committee.