The beginnings of a debate? 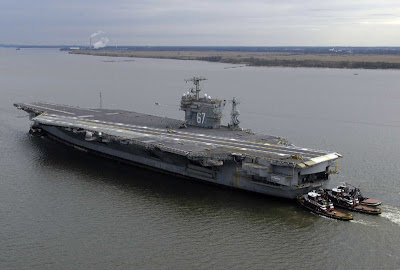 One would like to think that – given the torrent of publicity on the inadequacies of the equipment procured for our Armed Force – the media could afford a little more space for the Defence Equipment report produced today by the House of Commons Defence Committee.

In its 116 pages – including a transcript of the oral evidence – there emerges something of the debate for which we have been calling with, inter alia the committee suggesting that we should reconsider whether to continue with the carrier programme and whether we should cut our losses with the Nimrod MR4 programme.

One immediate response to the views of the committee on the carriers could be "better late than never", although it is perhaps a bit late to be considering the fate of a major programme such as this, only days before the final deadline for construction contracts to be issued. It would have been better had there been a full and open debate as to the need for such carriers before the project had got so far.

The main point made by the committee, however, does not seem to be based on strategic grounds, but simply the need for the MoD to rein in expenditure "which will lead to a realistic and affordable Equipment Programme." Thus, the committee is thinking in terms of "cutting whole equipment programmes", rather than just delaying orders or making cuts to the number of platforms ordered across a range of equipment programmes.

This is something that has most definitely been mooted within the MoD and it is here that the battle lines are drawn. But the danger is that, without any strategic overview, of precisely what we want of our Armed Forces – contentious cuts will be made without any clear ideas on how this affects our overall capabilities.

It was this need which Prof. Hew Strachen articulated, on which we reported yesterday, without which defence expenditure becomes a matter of bookkeeping rather than an exercise in delivering stategic choices.

Needless to say, the media approaches the committee report on a one-dimensional level, The Scotsman for instance, homing on the implications for local jobs if the projects are scrapped.

The Times is not much better, reporting on the factual, headline elements of the report, focusing specifically on the possibility of scrapping the MR4.

As to the carriers, with so much focus on the ships, less attention is being given to the provision of the aircraft – the overall cost of which is perhaps three or four times the cost of providing the platforms. And here we see an article in The Financial Times plus an interesting post on this blog which sheds some light on the delays and problems on the JSF programme – to say nothing of the spiralling costs.

Almost certainly, should the carrier programme go ahead on schedule, the ships will sail without their complement of new aircraft which means they will be operating – if at all – with Harrier GR9s.

An interesting thought occurs that, if the aircraft programme is delayed and we need an interim replacement for our existing carriers, then the USS John F. Kennedy (pictured) has just been decommissioned by the US Navy. If asked nicely, I am sure the US government could be prevailed upon to sell the ship to us, and our MoD could happily lose a few billion in upgrading it, while we think about whether we really need it.