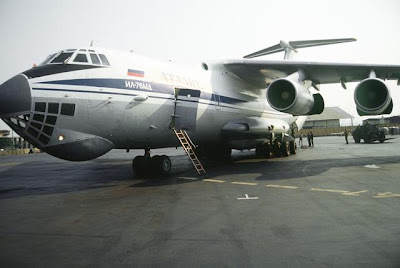 By the end of last year, fears were being expressed that resurgent military spending in Russia posed a "new challenge to west", raising the spectre of another Cold War. But these fears may be unfounded.

Pinning down the source of the anxiety, the most immediate concern is that, in 2007, Russia spent $31bn on hardware, in a major modernisation programme - almost four times the amount spent in 2001. And, although that spending was still well below that of the mid-1980s Soviet Union, and only a 20th of the US's current military budget, the threat seemed real enough for some British military strategists.

This, amongst other things, bolstered the case for the "future war" advocates and the retention of "conventional" military capabilities, rather than concentrating on equipping to fight asymmetric wars.

However, the current round of modernisation starts from a very low base. From the collapse of the Soviet Union in 1989, the Russian military has decayed to an extent that few Western analysts fully realise, to the point of virtual ineffectiveness. And, even if the situation is improving slowly, there is still no comprehensive plan for bring the Russian Forces up to a degree of operational efficiency which would permit major operations.

And just how far the rot has spread has been revealed recently by no less that Sergei Ivanov, Russia's first deputy prime minister and defence minister. Last week, he declared that the fleet of military transport aircraft had become dangerously obsolete. Without dramatic intervention, Russia could be left without military cargo planes by 2015, he says.

The Russian Air Force, according to various sources, operates has only about 300 usable transport aircraft, including the An-12 Cub, An-72 Coaler, An-124 Condor and Il-76 Candid planes (pictured). But most entered service in the 1960s and 1970s and even those still flying are considered unsafe according to modern safety requirements. Comprehensive upgrading may extend their service life until 2020-25 but a large number of replacement are also necessary.

Considering how vital an efficient air transport fleet is to modern military operations, the deficiencies in the current fleet would suggest that any Russian military threat is rather modest. It does not seem urgently necessary to factor any such threat into our own immediate budgetary calculations.