Thus are we so ill-served 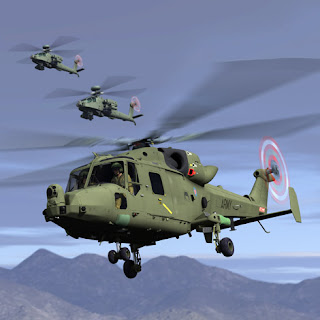 One really does despair at the media and (with a few honourable exceptions) their journalists – but then you knew that.

The latest cause for despair is the effluvia produced by political editor Andrew Porter in The Daily Telegraph as he steps into defence territory under the headline, "Defence projects threatened by cash crisis".

Porter is reporting that, "a review of Britain's defence capabilities has begun amid a budget squeeze that could lead to major defence projects being shelved or delayed" and he then adds that, "A £1 billion programme for Lynx helicopters - vital for missions in Afghanistan - could be shelved. If the aircraft carrier project is delayed it would put at risk up to 1,400 jobs at Clyde, Rosyth and Portsmouth."

The "review" in fact has been going on for some months now but we can put that aside. Mere political editors would not know that.

Nor, it seems, does Porter know anything about the joint Army/Navy “Future Lynx” programme. If he did, he cannot possibly have asserted that the helicopters were “vital for missions in Afghanistan”.

These machines, at best, will not enter operational service with the Army until 2014 – some six years away – which makes their immediate impact on current operations rather irrelevant. In six year's time, anything could have happened, especially as the need is here and now.

Nor, really is Porter focusing on operational needs when he tells us that the "Future Lynx" project was signed with Agusta­Westland three years ago and was hailed for securing jobs in the company's Somerset plant. The plan, he writes, was to build 70 helicopters at the Anglo-Italian firm's Yeovil factory, which employs 3,000 staff – all of which suggests that he has been the subject of special pleading, either from within the MoD or from the contractors.

What completely escapes him is the price which, as we pointed out when the contract was actually announced in June 2006, works out at an average of £14.2 million each. 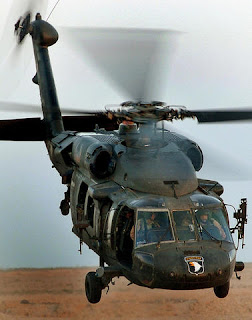 For sure the Army helicopter will cost less than this but the MoD is being extremely coy about the actual unit price but, compared with the cost of the US Army's Black Hawk helicopter at $5.9 million (£3 million), it is bound to be steep.

Therein lies the paradox. With the media screaming about shortage of cash for the MoD, this is a classic "pork barrel" project, aimed more at keeping jobs going in the Augusta Westland factory at Yeovil than it is providing our Armed Forces with the equipment they need.

And nor is the Lynx precisely what the Army needs. The airframe size is optimised for Royal Navy antisubmarine warfare operations from small frigates, which means it cannot carry a fully-equipped section yet is unnecessarily large and expensive for battlefield reconnaissance. The choice of a common airframe has been made primarily to enable the Navy to keep the costs down for their dedicated antisubmarine helicopter – and to keep the last British helicopter manufacturer in business.

By any measure, the cancellation of the "Future Lynx" would be good news for the Army, as long as it then meant that cheaper, off-the-shelf helicopters could be purchased and brought into use quickly – which is actually the intention.

The current Lynx helicopters have been an expensive disaster and, as we have pointed out, many times, the Army is urgently in need of a more capable replacement. 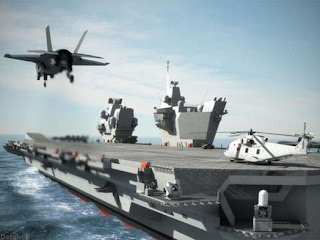 Equally, although the carrier project seems to be going ahead, a delay of a few years probably would do no great harm. The short take-off/vertical landing Joint Strike Fighter, which will equip the new carriers (maybe) are undergoing delays and cost over-runs which could, in the longer term call into question the carrier design itself. If an alternative aircraft has to be sought, then a major redesign will be needed.

Nevertheless, from this political editor, all we get is, "Military leaders have told the Prime Minister that the Treasury-driven cuts could handicap the fighting ability of the Armed Forces and they insisted that major projects be preserved."

The one good bit of good news, however, is that Porter tells us that, "Whitehall sources said that in order to make such major savings they could not simply 'salami slice' existing projects." With 80 projects being examined, this is a much more optimistic picture than we were painting a few weeks ago, and should be the cause of some relief, if the defence budget is to be rebalanced.

But, as always, The Daily Telegraph has its own narrative and is clearly incapable of sensible reporting or analysis. Thus are we so ill-served.