More coffins for the troops 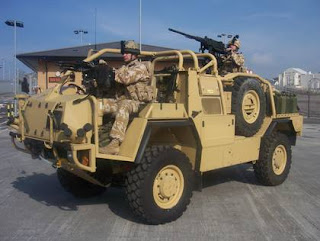 What looked like it could have been an extra £2 billion for defence, announced yesterday in the budget, has turned out to be nothing of the sort.

Instead, it is an initial indication for the costs of military operations in the coming financial year. Since these costs normally come from the Treasury reserve and, last year cost £3.297bn, the figure announced can only be as advertised – an "indication".

However, within that is an element of "real" money, £900 million which, according to the MoD "will be used to ensure that the UKs Armed Forces have the best possible equipment and protection while they are on operations."

Nevertheless, the apparent paucity of the sum has yielded a ritual condemnation from the United Kingdom National Defence Association (UKNDA) which claims that the £2bn is a "sticking plaster" and "is not enough to plug gaps left by years of chronic under-funding".

The Association is calling for an increase in the core defence budget - arguing for a 40 percent increase to bring spending on the armed forces up to three percent of GDP - an objective it shares with the likes of Conservative Home.

The intensity of calls for greater funding though has not been matched by any detail on how money should be spent on extra equipment. That absence provoked a comment from this blogger on the Conservative Home site:

What you have to realise is that the Armed Forces have an unlimited capacity for buying the wrong or overly expensive equipment. But the really important thing is that the through-life cost of equipment is very much higher than its procurement cost. Thus, the wrong equipment continues to exert a drag on the budget throughout its life (to say nothing of the opportunity costs).

If the Conservatives are to be credible on defence policy, therefore, they cannot just keep repeating the sterile mantra of "more expenditure" when the NHS provides the definitive evidence that more money does not necessarily mean better capability.

They must start identifying the very specific shortcomings in equipment and expenditure wastage and come up with sensible alternatives.

Perversely, what looks to be a classic example of this comes in the very announcement which the UKNDA has so roundly condemned. The MoD, we learn, intends to order additional M-WMIK vehicles (now called the Jackal - ed) for Afghanistan and this is included in the "indicated" operational spend.

This is in addition to the original 130 ordered last June when the vehicle was described in gushing terms as a Land Rover on steroids. 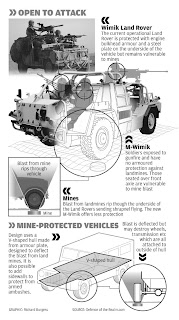 From The Sun we learn that another 72 of what it describes as the "new Mad Max-style troop carriers" will be ordered, at a cost of £40 million. That makes them over half a million each, nearly double the original cost of £230,000 per unit.

This completely passes by The Sun which "…told yesterday how an SAS officer died in a parachute jump because he did not have a £50 radio". Now it is "campaigning for ministers to ensure all UK forces have the kit they need." A newspaper which is making such issue of the death of an Army Captain through what it alleges is "penny pinching" is thus heedless of the fact that this vehicle is dangerously vulnerable both to mines and IEDs and to gunfire.

We have made our views abundantly clear on the dangers of these vehicles, not only here and here but particularly here, where we were able to illustrate the vulnerabilities.

The issue was extensively debated on the unofficial Army site, with a wide range of views expressed. If the case for the advocates of the vehicle can be summed up though, it is that the enhanced off-road performance gives it the ability to skirt danger areas, where mines might be laid, while its speed, manoeuvrability and firepower offers greater protection than can be achieved from a slower, armoured vehicle.

There seems to be some agreement in this context that the vehicle is fine for Special Forces and Special Forces Support Groups. These are often working in areas where they have the advantage of surprise and where there is some validity in providing high mobility to the exclusion of any protection. 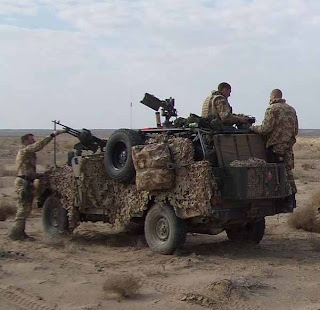 However, the problem is that with the original purchase of 130 and now another 72, they look set to become a partial WIMIK Land Rover replacement, for "routine patrols" and other purposes for which they are entirely unsuited. As one poster to the Army forum put it, "…if it does get used for urban patrols or gets misused for other roles, then a lot of squaddies will not be coming home."

We have already seen a steady toll crews of Land Rover WIMIKs, Pinzgauers and even the occasional "Snatch", and there are many occasions where mobility affords little protection. A vehicle offering even less protection than the Land Rovers – which they seem set to replace – means we are indeed going to be seeing more body bags coming home.

Yet, as they pull the bodies from the wrecks of these vehicles – currently slated at over half-a-million each - not even The Sun will be able to complain of "penny pinching". And, if the Army was given yet more money, what then would it buy?