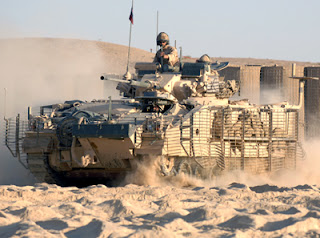 To all intents and purposes, the media regard the battle for Musa Qala as over – even if "mopping up" continues as troops search for and disarm the inevitable IEDs.

However, that is boring detail and is already being given minimal attention. Even Brown's declaration that the military would be committed to Afghanistan for at least the next decade got only marginally more coverage than the story of a man who was locked in a lavatory for four days.

In a few days time, news of military operations in Afghanistan will have dropped completely out of sight, as far as the MSM is concerned – unless, of course a soldier is killed, in which case there will be a brief flurry of publicity once more.

While it is easy to complain about the media for its lack of attention, however, the military itself cannot escape responsibility. Having retreated behind the fortress of "operational security" early in the Musa Qala operation, more details were at times forthcoming from the Taliban than they were from the British.

What is now evident is that, while there may have been good preparation for the shooting war, there was very little thought given (and next to no resources) to the other "war" – the campaign to secure the "home front", upon which the success of any counter-insurgency campaign depends.

The importance of this simply cannot be stressed enough for, without domestic support for foreign adventures, eventually the public and politicians tire of the drain of blood and treasure and when – as inevitably happens – there are reverses (or even lack of discernible progress) the clarion call for troop withdrawal becomes ever-more attractive.

Irrespective of military successes in the field, the overall campaign may be lost simply because the maintenance of the forces becomes politically unsustainable.

In the past – going perhaps to the Second World War – the mainstream media could be relied upon to tell the story of a military campaign, with regular, contextualised, balanced and knowledgeable reports - often from a single, enduring correspondent - that over time built a comprehensive picture of what was happening.

For various reasons, however – not least that, in peacetime, news of military operations must compete with other stories - the good faith of the media can no longer be relied on. It thus falls to the MoD to attempt to provide its own narratives, through its own channels. Not least of these is the MoD website which, with over 17 million "hits" annually, is a major and recognised resource, and an obvious channel through which to feed information.

What should be happening in the first instance, therefore, is that the MoD should be treating the war on the home front as seriously as they deal with their shooting operations, making publicity an integral part of the operation, affording it the same degree of planning. It should then maximise the use of its own resources (such as the website) to channel information, rather than rely in the media to do the job for them.

This, by definition, requires an element of preparation, defining what can be said, at what stage, and what supporting material – such as photographs – will be required. In the run-up to an operation, it is a relatively simple task to commission photographs of preparations which can then be approved and placed both with the media and MoD publicity branches, for release once the official announcement has been made that an operation has started.

For obvious reasons, operational security must be protected, but the military in particular is going to have to come to terms with the fact that, in this modern communication age, it is impossible to keep operations secret for very long. And, if the military does not provide the information, then journalists will obtain it elsewhere (or make it up).

So it was at Musa Qala, where the military seemed unaware of the invention of a device known as a mobile telephone, which enabled first hand reports to be gathered from both residents and the Taliban, making them the prime source of information about the progress of the operation. Such access allowed the Taliban to put their own "spin" on events, turning a crushing military defeat into a humanitarian concession, when they claimed they had vacated Musa Qala to prevent civilian (and their own) casualties.

What, in this context needs to be done is to assess information not on the basis of its notional security implications, but on the basis of what the enemy already knows or what it could easily deduce and, crucially, what is already in the public domain – otherwise we get the bizarre situation where the enemy is telling us more about our own operations that we are getting from our own side.

The great benefit of leading on the publicity front, of course, it that it enables operations to be put in context. Anyone following the campaign closely would have known that Musa Qala was next on the list for intervention. An early and detailed announcement of the operation would have given the opportunity to rehearse the recent history, to represent the continuing progression in a positive light and to state in clear and unambiguous terms the short-term and longer term objectives.

It is here that there is the most obvious deficiency in coverage, both from the media and the MoD – the lack of narrative. With the paucity of coverage, occasional notable operations are reported, but little if anything in between. Thus, we see sporadic reports of apparently unrelated events, with no narrative and no sense of continuum. And, with no likelihood of the media filling the gaps, this is where the MoD can paint a picture of a coherent progression, making some sense out of otherwise random events.

More than anything, it is that sense of "narrative" which is most important and so obviously missing. Following the war through just one (or a very few) media sources (as most people will do) is rather like watching the occasional episode of the Coronation Street soap opera, and then trying to make sense of the plot(s). And, of course, it is the very presence of a narrative thread which makes the soap opera such an enduring genre – one which drives watchers to the television set, just to find out what is going to happen next.

In this, we see another failure of the MoD. Although the media has reported the success of the operation, long after this had become public knowledge, the MoD website was still offering a day-old announcement that steady progress was being made.

Only latterly did we get a new post on the website, even then trailing behind events rather than offering real news – also relying on a stock photograph of a Warrior in the vicinity of a military base.

Staying in soap opera territory, what that post lacked was any idea of what comes next in the wider campaign. It takes little intelligence to work out that the Army chose now to attack, in the late autumn, in order to turf the Taliban out of comfortable winter quarters. If the Taliban have retreated to the mountains, then the next step must be to harry them, to prevent them regrouping and resting, and to thus diminish their capability to mount operations in the spring – when the traditional fighting season resumes.

If it is that easy to work out – and there cannot be any harm in the Taliban knowing they are going to be harried all through the winter – then the MoD should be saying so, just to keep the sense of narrative going.

But, the work should not stop there. Many people took part in the operation and, while public recognition in the national media is impossible, there are thousands of local papers who would welcome pictures and a short news item on their local "boys" – the heros of Musa Qala. And, while, individually, the reach of any one local paper is small, collectively they outsell the nationals.

Not only is this good publicity for the Armed Forces, local readers are more likely to relate to local figures, and to see lads in the local newspaper cannot help but be an inspiration to others from the same school and towns, when it comes to joining up. Local, rather than national publicity, is the main driver of recruitment.

Then, throughout all this is the central duty owed by the military to keep Service families informed. It is all very well reading about an operation in the media, but they want confirmation, reliable information from a trusted source, and reassurance. That is not the job of the media. It is the job of the MoD.

The most important and immediate job, though, is for the military to apply its mind to the simple thesis that publicity is not an optional extra, to be switched on and off when convenient, but an essential and integral part of a campaign – a weapon of war that must be wielded as skilfully and effectively as any other. Montgomery knew this and the second battle of el Alamein was as much a publicity victory as it was a feat of arms. The MoD must re-learn his lessons.