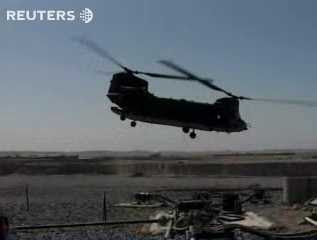 As news continues to flood in of the operation to recover Musa Qala, the stance of the MoD looks even more pathetically inadequate, its website adorned by the same uninformative statement, pleading "operational security" as its excuse for offering no further details of events.

We hear from the BBC that defence secretary Des Browne is in Afghanistan – and astute move given the importance of the operation – and has affirmed the "iconic" importance of Musa Qala. After meeting British troops in the region and holding talks in Kabul, he flew to the western city of Herat to get a "wider perspective on Afghanistan". Laughably, the MoD offers no report of this visit, just in case – one assumes – the Taliban get to know. And so the farce continues.

With the MoD out of the game, we thus turn to the media for news of what is going on, the latest report (of nearly 1,000 now) coming from The Times (online edition) which tells us that British troops were tonight "poised to smash through Taleban defences" after surrounding the town of Musa Qala and pushing up almost to its outskirts.

The paper and many other sources also report that two senior Taleban commanders were captured today as troops advanced to within a mile of the town, and hundreds of rebel fighters in the area have been reported killed in air strikes and probing attacks.

A NATO spokesman is then cited, telling us that Afghan National Army soldiers are now ready to occupy the town. It is expected to fall in the next day or two after British soldiers have finished "kicking in the door".

In the report, there is a revised estimate of Taliban strength, it now being considered that there are closer to 300 fighters in the town, rather than the 2,000 or so claimed by the Taliban, and the view is being expressed that they will melt away before the final stages of the attack. There is some fear, though, that foreign jihadis may stay and fight to the death.

Reports are of the attacking force's progress being slow – as one might expect - because many landmines and booby traps are believed to have been laid. There is no point in rushing things, if that leads to unnecessary casualties. 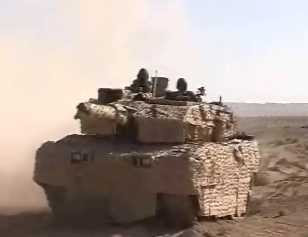 So much for the Times take on the action. The AFP Agency cites the Afghan defence ministry, saying that Afghan and British troops are winning the battle, and is calling on "rebels" to surrender. We also learn that soldiers have exchanged fire with the Taliban a mile from the centre of the town, with the defence ministry adding that "The enemy has lost their morale and our troops are advancing with success."

However, a Taliban spokesman, Yousuf Ahmadi, claims that fighting has now stopped, confirming a telephone report from a town resident. And the AP agency adds to that, quoting Lt. Col. Richard Eaton in his role as British military spokesman – still apparently at large. He says that the assault will take "a day or two to unfold," adding that Afghan forces would then pour into the town and hold it from the Taliban.

Much the same detail comes from the BBC, but it reports Taliban claims that they have pulled back to the centre of the town "in order to avoid civilian casualties". But it also relays claims from Afghan defence ministry spokesman, Gen Mohammad Zahir Azimi, who says that "most of the enemy personnel have laid down their weapons and are leaving the area in civilian clothes."

Strangely, the BBC tells us that the defence ministry's claims "could not be independently confirmed", but says nothing about the Taliban's claims – relying on photographs of the Taliban, in the absence of any recent pictures of British troops.

Earlier in the day, The Sunday Times ran a detailed feature on the operations in Afghanistan, albeit with the lurid headline, "Terror on road to Taliban stronghold", on page 24. It starts off with an account of how a British vehicle encountered a mine, killing the driver and injuring two others. No details of the vehicle type are given, but one gets the impression it was a Viking.

We do get details, though of American forces "advancing all week" towards Musa Qala, and we learn that the British and Afghans advanced from the south and, on Friday night, the US 82nd Air-borne Division landed with troops to attack from the north. Yesterday, we are told, the US soldiers were closing in on the suburbs of the town, backed by Apache attack helicopters and A-10 Thunderbolt jets.

The report has it that British forces were concentrated on the southern side. Warrior armoured vehicles of the Scots Guards, backed by A-10 air strikes, attacked the village of Deh Zohr-e-Sofia, southwest of Musa Qala - just one engagement in what officers have described as one of the biggest British military operations since the invasion of Iraq in 2003. 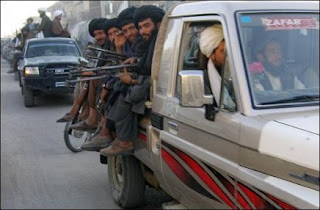 And, as the pieces come together, we find that the preliminary manoeuvres of this assault actually began on on Tuesday at first light when Royal Marine commandos stormed across the Helmand river in amphibious vehicles near the town of Sangin, and engaged the enemy.

And. although not new, The Sunday Times reminds us that British forces had been encouraged in the days before their assault by the public defection to the government side of Mullah Abdul Salaam, a key Taliban commander. He brought with him up to one-third of the fighters who had been defending Musa Qala.

On Wednesday, President Hamid Karzai, who had encouraged Salaam's defection by pushing for negotiations, sent several dozen militia to the area to help protect the mullah from reprisals. Bizarrely, they arrived at the British lines in school buses that had brought them from Kabul, the capital.

Then. To the west, near the town of Now Zad, a company of Estonians backed by Royal Marines came under sustained attack. American special forces were also involved. One heavy Taliban attack was driven back only after a bomb had been dropped on their position from an American B1 aircraft. 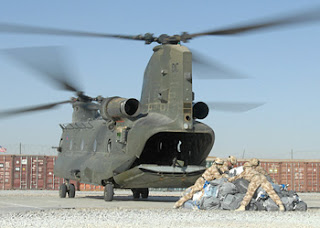 Danish forces under UK command (who are now equipped with a platoon of Leopard 2 tanks - pictured above) were attacked in the town of Gereshk; and intelligence suggested the Taliban were trying to move two large explosive devices south to be used for suicide bombs in British-controlled towns. On Thursday, a big Afghan army column began an advance, backed by British and American special forces, while diversionary attacks were launched on Taliban positions in other parts of Helmand.

All of this, of course, must be a terrible breach of operational security, so are we to expect immediate action from the MoD to silence these sources who clearly must be putting British lives at risk? Or is the MoD's claim simply bullshit, to excuse its idleness and lack of ability, coherently to explain what is happening in Afghanistan.

No doubt, when they get back from their relaxing weekend breaks, the Civil Service can regale us with yet more stories about how the Christmas mail has been sorted, with another action picture of a Chinook helicopter (above) delivering the Santa's parcels.