Is this a joke? 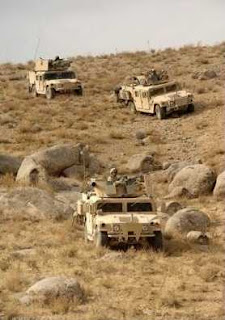 Following a deafening silence on what is turning out to be the biggest British operation of the current Afghanistan campaign, the MoD finally put a short, uninformative piece on its website, hours after the news had broken in the popular media.

This has since been replaced with the newer piece, telling us that, "This is an Afghan-led operation, and Afghan authorities are taking the lead in explaining the rationale for the operation, and events as they unfold, to the local population."

It then deigns to tell us that the operation began on 7 December 2007 and is expected to continue for a few days, adding, "We cannot give futher (sic) details for reasons of operational security" – or "OPSEC" as it is called in the jargon of the trade. 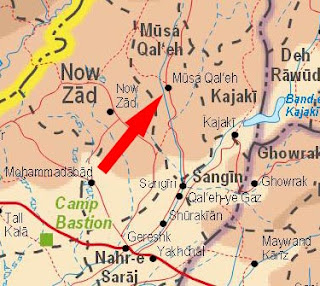 Meanwhile (at the time of writing) there are 737 articles recorded on Google News, packed with detail on the operation, the latest being a long piece in The Sunday Telegraph informing us: "Thousands of UK troops in Afghan assault".

The piece is by Sean Rayment, the paper's defence correspondent and Tom Coghlan, with a by-line of Kabul. Neither are on the spot, therefore, and are picking up the detail from sources official and unofficial.

It is from this that we learn that British troops are involved in "a major offensive" aimed at recapturing the Taliban's "most heavily defended and strategically important stronghold," and we also learn that the operation on Saturday night, "using thousands of soldiers and described as the biggest ever undertaken by British troops in Afghanistan, has so far left two Britons dead and several wounded."

Clearly, neither author has ever hear of OPSEC, because they go on to tell us that British forces conducted probing attacks against the Taleban positions to gather intelligence on the insurgent forces and that attack helicopters and combat jets have spent the past few days pummelling Taleban defensive positions surrounding Musa Qala in preparation for the final assault. 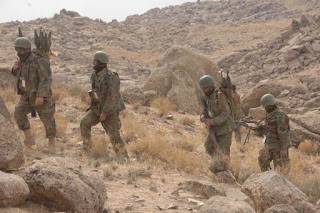 Adding to the detail that the MoD could not tell us, we find that early on Saturday, coalition forces, which include the British Army's 52 Brigade, the Afghan National Army and America's Task Force Fury, successfully surrounded the Taliban stronghold, where insurgent commanders claim up to 2,000 of their fighters are based.

We also find that the Taliban responded with a series of small-scale but bitter exchanges with the coalition forces which resulted in a number of British and Afghan army casualties. A member of the 2nd Bn Yorkshire Regiment died.

Then, throwing OPSEC to the wind, the fearless Telegraph duo tell us that latest phase of the operation began at dusk on Friday when hundreds of airborne troops from Task Force Fury launched an assault by helicopter on an area north of the town, a complex of high-walled compounds and narrow, dusty alleyways which armoured vehicles find difficult to penetrate.

More detail pours out, including the "understanding" that the Taliban have spent months laying anti-personnel and anti-tank minefields, preparing bunkers and digging trenches in preparation for the attack, and that the battle for Musa Qala has been codenamed Operation Mar Kardad - meaning snake pit.

Now, there's a state secret for you – the codename for an operation which, as the Telegraph also calmly informs us, "began secretly on November 2, when British forces pushed north from the town of Sangin in an attempt to test Taliban defences in the area." That action was finally acknowledged on 14 November, nearly two days after the story had been run by The Daily Telegraph.

With even less concern for OPSEC, Rayment and Coghlan are now relealing that, in the past week, the British have conducted probing attacks against the Taliban positions to gather intelligence on the opposing insurgent forces and the types of weapons with which they are equipped.

And then we learn something else which the MoD could bring itself to tell us, that: "More British troops are being thrown into this action than any previous assault in Afghanistan: up to 3,000 of the total force of 7,000 in the country." Military sources, we are told, have described the Taleban's resistance as "sporadic but determined" and some of the fighting is understood to have taken place at close quarters.

And just in case the Taliban didn't know, we get to find out that British troops from Royal Marines 40 Commando, 2nd Btn the Yorkshire Regiment and 1st Bn the Scots Guards, supported by light tanks from the Household Cavalry, are currently fighting what the Army calls the "break-in battle". 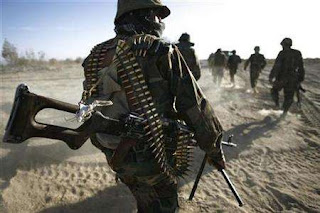 Another thing that the Taliban cannot possibly know is that, "Road links, bridges and river crossings have been blocked and all access points into and out of the town are now reported to be in the hands of the coalition," while they clearly do not know that, "In the next phase, expected to begin within two days, hundreds of soldiers from the Afghan National Army will be sent to clear the town of any remaining Taleban fighters."

And, we then obviously have a senior military officer who has never heard of OPSEC. This is Lt Col Richard Eaton, the spokesman for the Helmand Task Force. He obviously hasn't heard that the Afghanis are running the PR, because he tells the Telegraph that, "The aim of this operation is to win over the people of Helmand. The support of the people is the prize. They have a choice of living under a free and democratic government, or under the tyranny of the Taliban."

We would of course never have guessed that and one now presumes that, being responsible for such an egregious breach of security, Lt-Col Richard Eaton will immediately be suspended and court marshalled.

But there again, on the other hand, the MoD could just be betraying the usual combination of ineptness, bloody stupidity and bureaucratic inertia which ensures that our Armed Forces are so poorly represented. Even the excuse is inept for, if MoD staff are so desperate to have an uninterrupted weekend that they could not be bothered to post any detail on the site, they could have least have come up with something more plausible.

Fortunately, we have troops who seem to know what they are doing – which is more than can be said for the operation in Whitehall.

The photographs, incidentally, are from the US Department of Defence – showing Afghan troops in action. The only pic the MoD has put up is a four week old photograph of a Lynx helicopter operating out of Sangin. No pictures of British troops involved in the operation have been released - those, one presumes, are also state secrets.