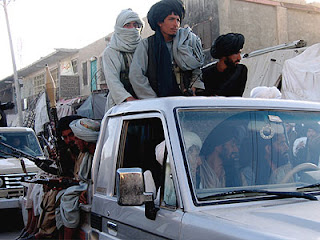 The signs have been evident for some time now that the next target of coalition forces in Helmand province is the recovery of the town of Musa Qala. This was the town abandoned by British forces last year and taken over by the Taliban, to become a major centre of operations.

That an operation is imminent – if not actually underway – is confirmed by The Daily Telegraph today, and by several other sources, including The Scotsman. The latter relies on a statement from Assadullah Wafa, the governor of Helmand, who said the operation had started, while The Telegraph notes that the Taliban are claiming that the coalition forces are "dropping leaflets from the air calling on the people to leave their homes as the area will be bombed…".

The one place from which you will not get any information, however, is the MoD, which has refused to confirm or deny that the operation has in fact started. All a spokesman for the NATO-led International Security Assistance Force (ISAF) will say is that, "The Afghan National Army and ISAF troops are going to go back in there, we're just not going to say when."

There is, of course, every sense in keeping the enemy guessing as to when precisely you are going to strike. And since reconnaissance elements have been operating in the area since early November – at one time coming within a mile-and-a-half of the town centre - it does not pay to give any information which might help the Taliban distinguish between what might be a feint and the real thing. 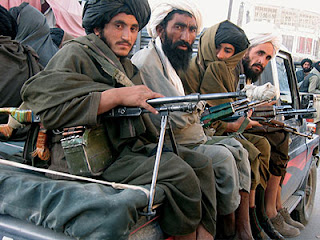 Even if strategic surprise has been lost – and there was never any chance of it being achieved, since Musa Qala was so obviously the next target – it is still important to maintain tactical surprise and keep the enemy guessing as to whether the main thrust has started, or any action is a preliminary manoeuvre.

Whenever the coalition forces do push on the town - and we are being told that they are being led by elements of the Afghan National Army (ANA) – they will have their work cut out. An estimated 2,000 fighters are in the town and they have had ten months of occupation to fortify their positions, Furthermore, Taliban commanders claim to have mined routes to the town and to have ZSU anti-aircraft guns in place to attack the helicopters.

However, they do not rule out the possibility of a withdrawal into the Taliban-held mountains to the north, to save the town from destruction, once a "screen" of his fighters to the south of the town was breached by British forces.

Interestingly, though, one local tribal leader is cited as saying that: "Everyone knows that the town can be taken, but to keep power there is the key thing. "It depends on the skill of the government to make the people trust them. If they are not skilful, then the people will turn to the Taliban."

That indeed will be the acid test. Dedicated to the point of fanaticism that they are, the lightly armed Taliban are no match for the firepower of the British Army and their air support, but we have seen all too often territory taken over, only to be handed back to the Taliban at some point later.

The trouble is that post-conflict occupation can soak up more troops than are engaged in initial operations, blunting the "spear" of the fighting arms and limiting their ability to mount fresh challenges. Whether the British forces this time can square the circle and keep the Taliban at bay remains to be seen. But first, they have to capture the town. And, if a miracle happens, when they do, the MoD might even tell us.