The wages of stupid? 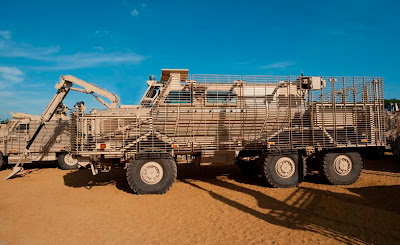 In the continuing drama of the Afghan military adventure, Guy Adams of The Independent argues that McChrystal's minders blundered by underestimating a title with a history of heavyweight journalism. And that, he says, is how Rolling Stone was able to bring down a general.

It takes little textual analysis, however, to work out that Adams is guessing. "It's impossible to know what exactly persuaded McCrystal's press staff to invite Hastings (the author of the Rolling Stone piece) into their inner sanctum," he writes, "where he would be privy to a frat-boy atmosphere and culture of contempt for the White House which would ultimately this week force the General to resign from his job as commander of US forces in Afghanistan."

The thesis here, that McChrystal (and through him his staff) have made a massive blunder, is intriguing, but it would seem to fly in the face of the perceived wisdom. The general and his team have a reputation for intellectual depth, and for a comprehensive grasp of their subject and allied matters.

If they really did not know how the Rolling Stone piece would be seen inside the Beltway, and thus be treated by Obama, then we are looking at a staggering level of incompetence, and an alarming degree of naïvety. Even here, where we have been quick to argue that stupidity is a driving force in the military high command, this takes some believing.

As an alternative, we could go with Con Coughlin who is asking whether McChrystal is the fall guy for the president's failure. The general lost his job as a result of Obama's lack of input into the Afghan war, he argues.

I think even Adams's thesis is preferable to that, but if this was a blunder by McChrystal, we are faced with a terrifying prospect. In a key military adventure, we have a US system that can appoint an idiot for its theatre commander. We also have a situation where the entire military and political establishments on both sides of the Atlantic can roll over and revere an idiot.

Readers here will know that we were not particularly impressed with McChrystal's military (or political) appreciation of the Afghan situation, and we always thought his "surge" ill-founded. But, since all the big-wigs, not least Liam Fox seemed to think the general was the "dog's bollocks" (the correct military term, I believe), who am I to argue?

Actually, this self-deprecation does not become this site. We do argue – this is what we do. The McChrystal "surge" always was, is and always will be dangerously flawed and ineffective – and we have said so. It is a waste of time, money and lives. And the fact that Fox and his mates seem to think differently says more about them than us.

Interestingly, The Times is telling its readers that a newly-elected Tory MP has declared the "war" to be "mission impossible" – and such is the weight of this pronouncement that it puts three of its journalists' names on the story by-line. There's glory for you.

The MP in question is Rory Stewart, "former soldier and diplomat" and prime candidate for replacing Patrick Mercer as favoured media "rent-a-mouth". And out Rory believes that a "radical rethink" is the only option if the Nato-led surge of 40,000 extra troops fails to achieve results by next July. Jeeze! There's real intellectual analysis for you.

And it gets better. Rory believes that only a few thousand troops — perhaps 1,000 of them British — should remain in Afghanistan after next summer. "You would have a few planes (he means aircaft, not a carpenter's tool) around but you would no longer do counter-insurgency. You would no longer be in the game of trying to hold huge swathes of rural Afghanistan."

One way or another, though, it looks as if we are on our way out. Call me Dave has gone public to say that the "very exciting prospect for bringing our troops home" was within sight as Afghans began to take control of security, but that the coming months would be critical. Then asked if troops would be home before the next election, he said: "Make no mistake about it, we cannot be there for another five years having been there for effectively nine years already."

The idea that the Afghans are beginning to take control of security is just bollocks, without even the dog attached – and that is by no means a military term. Neither is the evidence hard to find. Just last week, local UN officials in Kabul were reporting that insurgent violence had risen sharply over the last three months, with roadside bombings, complex suicide attacks and assassinations soaring over last year's levels.

But if talking bollocks is what Call me Dave thinks is necessary to get the troops home, then perhaps it is a small price to pay. In between then – whenever "then" is – and now, Dave will have to go through the charade of fighting a war, and being terribly sorry when the latest squaddie has his brains spread over the terrain. And he is admitting that it's going to be tough going.

At least, though, it looks as if the Buffaloes have turned up in theatre – eighteen months after they were ordered (picture above). They are far too late and too few in number to make a strategic difference but they will reduce the number of times Dave will have to read out the names of the dead from the despatch box. For that small mercy, at least, we can be thankful.