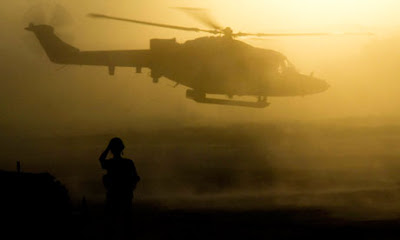 The 300th soldier has died in Afghanistan.

It is a totally meaningless figure, which includes non-combat deaths – and bears no historical comparison: medevac and surgical procedures are so much better that many who in previous campaigns would have died now survive. Did you know, for instance, that 371 British soldiers died in the "official" Cyprus emergency in 1956?

However, being a "round" number, 300 has a certain magic which means it becomes a media event. I bet the Sundays are seriously pissed off, as they were all waiting – bit like vultures, really, but that's the name of the game – for the single soldier to die and make their day.

Actually, the poor sod was hit by an explosion while on patrol in the Sangin district (Sangin again - the mincer) on 12 June and only died yesterday at the New Queen Elizabeth hospital in Birmingham. One should not be too cynical about this but ...

Anyhow, stand by for a certain amount of media comment on the Afghan war, some of it ill-informed, much of it drivel, with some nuggets buried deep in the mass – but very little of interest from the political blogs. Because it's what I do, I'm going to pull together a number of pieces and offer an analysis later today.

In the meantime, The Independent publishes a leading article about Dave's attempt to wrap himself in glory as a war leader. Flags are not the answer, says the paper.

I agree. There is something tawdry and unwholesome about these artificial displays of emotion and ... whatever. They don't ring true. But then, what does these days. More comment to follow.