You can't blame the Messenger 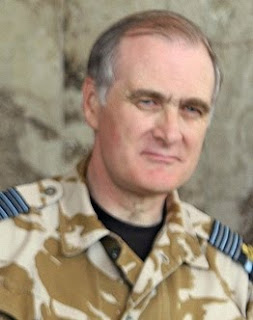 The Cleggeron administration has at least provided one useful service in publishing the Civil Service "rich list" – the names of the 172 senior civil servants who earn more than £150,000 a year.

Included in that number (although not exactly a civil servant) is CDS Jock Stirrup, one of 22 MoD officials earning more than £150,000. He is currently on the pay band £240,000 - £249,999. This, of course, does not include his perks which include full-time servants, limousine and chauffeur provided at public expense.

On current performance, however, Stirrup is being paid probably ten times what he is worth, not least as a greater part of his responsibility – the campaign in Helmand - has just been removed and handed to a US general, Maj Gen Richard Mills, of the USMC.

Whether that will lead to any improvement in the conduct of the campaign is moot, although given the objective declared by British theatre spokesman Maj Gen Gordon Messenger, it is unlikely that it could make things worse.

Messenger's view of how to win, as expressed to the BBC's Radio 4 Today programme, comes straight out of the Janet & John Book of Counterinsurgency (budget edition). It is all about providing security, he says, which is the "bedrock" on which a peaceful Afghanistan would be built. "Ultimately," he prattles, "the key to this is the allegiance of the population. When the population demonstrate their allegiance to the Afghan government, we will have done our job."

The funny thing is, you could have given this man a job with US public affairs in Vietnam in the 1960s and he would have been saying much the same things. But, with a dismal and highly-overpaid boss like Stirrup, even now you can't blame the Messenger.