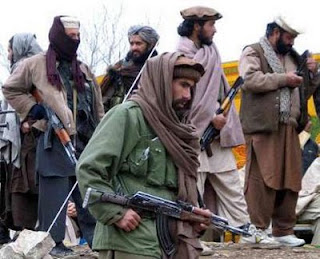 If the aim of our intervention in Afghanistan is to "disrupt, dismantle and defeat" al-Qaeda in that country, writes Mehdi Hasan in The Guardian, then we have already won. There is no longer any al-Qaeda in Afghanistan.

Hasan relies for his information of Dr Marc Sageman, of the Foreign Policy Research Institute in Philadelphia, who recently testified to the US Senate Foreign Relations Committee.

Sageman is a forensic psychiatrist, sociologist and scholar-in-residence with the New York police department. He has also served as a CIA case officer in Islamabad in the late 1980s, working closely with the Afghan mujahedin, and has recently undertaken a study of the terrorist threat.

One of his key findings is that 78 percent of all global neo-jihadi terrorist plots in the West in the past five years came from autonomous home-grown groups without any connection, direction or control from al Qaeda Core or its allies. The "resurgent al Qaeda" in the West argument has no empirical foundation.

He thus concludes that al-Qaeda has ceased to function as an organisational or operational entity and that the "present threat has evolved from a structured group of al-Qaeda masterminds ... to a multitude of informal local groups trying to emulate their predecessors by conceiving and executing operations from the bottom up. These 'home-grown' wannabes form a scattered global network, a leaderless jihad."

Far from being directed by a Comintern, Sageman asserts, global neo-jihadi terrorism is evolving to the structure of anarchist terrorism that prevailed over a century ago, when no such global coordinating committee was ever found despite contemporaneous belief in its existence.

Turning to the current policy debate of Afghanistan, Sageman notes that there is an "insidious confusion" between Afghan Taleban and transnational terrorist organizations. Afghan fighters, he says, are parochial, have local goals and fight locally. They do not travel abroad and rarely within their own country. They are happy to kill Westerners in Afghanistan, but they are not a threat to Western homelands. Thus we are told:

Foreign presence is what has traditionally unified the usually fractious Afghan rivals against a common enemy. Their strategic interest is local, preserving their autonomy from what they perceive as a predatory corrupt unjust central government. They do not project to the West and do not share the internationalist agenda of al Qaeda or its allied transnational terrorist organisations.

This may be so, even if there are some indications that the Taleban is evolving, and taking on the character of a transnational organisation, albeit limited to the region. But, if it is largely a localised operation and the uniting force is the presence of foreign troops, then their removal (or reducing their footprint) would perforce deprive the jihad of its force.

Reducing troop presence, however, opens up the possibility that al Qaeda could return to Afghanistan, especially if the Taleban regained power. But Sageman maintains otherwise. It is by no means a foregone conclusion that the insurgents could take over.

Unlike 1996, when the Taleban captured Kabul, the label "Taleban" now includes a collection of local insurgencies with some attempts at coordination on a larger scale, but it is deeply divided. Local Taleban forces can prevent foreign forces from protecting the local population, through their time-honoured tactics of ambushes and raids, but this local resistance does not translate into deeply divided Taleban forces being able to coalesce in the near future into an offensive force capable of marching on Kabul.

Command and control frictions and divergent goals hamper their planning and coordination of operations. They lack popular support and they have not demonstrated ability to project beyond their immediate locality.

Then, even if the Taleban did return to power, this would not automatically mean a new sanctuary for al-Qaeda. There is no reason for al Qaeda to come back. It seems safer in Pakistan at the moment. And if they did think about it, surveillance augmented by networks of informants in contested territory, combined with the nearby stationing of a small force dedicated physically to eradicate any visible al Qaeda presence, would prevent it.

Thus informed, Sageman is keen for policymakers in the west, who promote falsehoods and myths about Afghanistan while sitting "several thousand miles from the war zone". He wants them to acknowledge the futility of escalation, and switch the focus to Pakistan.

"The problem is in Pakistan," he tells Hasan. "But that's not where we are sending troops to. We're sending them to the nation next door." It is high time that our politicians, generals and spies wake up to the fact that we are fighting the wrong war, in the wrong country.