A conflict of reports 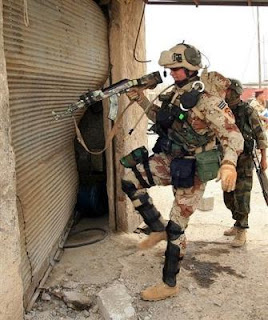 It is relatively rare for the MoD, first on the BBC Radio 4 Today programme and then on its own website, directly – or even indirectly – to contradict media reports on operations in southern Iraq.

However, it was precisely that exercise which the MoD undertook yesterday, its website piece headed, "People of Basra 'optimistic' as Iraqi Army take control in the city".

Centre stage was Major Tom Holloway from the Headquarters Multi-National Division South East, the UK military spokesman in southern Iraq. He was speaking about "the mood of optimism" he believed was growing in Basra following operations carried out by the Iraqi Security Forces in the city, "with help from UK and other coalition troops, in recent days."

Without stating it explicitly, Holloway was addressing an apparently devastating article in the The Sunday Telegraph by defence correspondent Sean Rayment claiming that the battle (by Iraqi forces) to retake Basra had been a "complete disaster".

Normally, one is loath to take anything the MoD offers at face value, but the same injunction also applies to the MSM, different media sources having their own agendas. In the case of the conservative-leaning Sunday Telegraph - along with its sister daily newspaper, The Daily Telegraph - this is most definitely to talk down any strategic successes in Iraq, loath as it is to acknowledge that any good can come out of "Blair's war".

Thus, one tends to steer a middle course, or seek – as far as one can – additional information to give some clues as to what is really happening, a process that is often difficult owing to the paucity of reporting and the inevitable confusion that surrounds complex events.

By any impassionate reckoning though, Rayment's account must be considered flawed - even without triangulation. His thesis, based on disclosures from unnamed "British commanders" avers that the British-trained Iraqi Army's attempt to retake Basra from militiamen was an "unmitigated disaster at every level".

Senior (again unnamed) sources, he writes, "have said that the mission was undermined by incompetent officers and untrained troops who were sent into battle with inadequate supplies of food, water and ammunition." These sources then add that the failure had delayed the British withdrawal by "many months". 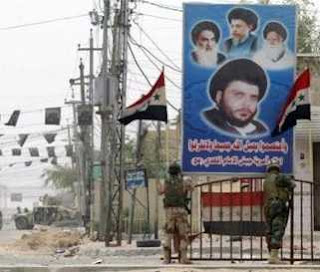 The immediate problem with these assertions is their unequivocal nature. Very few things in life can be considered an "unmitigated disaster at every level". And while it is eminently possible to accept that the Iraqi operations were not carried out with the same skill and precision that might have typified British operations (in their commanders' dreams), there is absolutely no independent evidence to support any claim that they were a "disaster".

In fact, having followed events extremely closely (possibly far more closely than Mr Rayment – we certainly wrote a great deal more, see: here, here, here, here, here, here, here and here), we eventually concluded that the operations had achieved a considerable measure of success (both militarily and politically), a view shared not only by UK defence secretary Des Browne but also the Conservative chairman of the Defence Committee, James Arbuthnot.

Why Rayment’s account should have been so skewed (and we take the view that it was) might also be partly explained by the fact that he is ex-military (formerly a junior Para officer) and shows a natural but sometimes overly close affinity to his former colleagues and soul-mates. 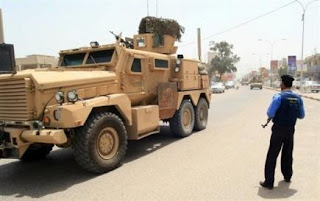 In this event, he is most probably reflecting a certain sensitivity in the British forces at having been charged with "skulking in Basra Air Station" while the Iraqi forces took on and suppressed the Mehdi Army. This was something which they had manifestly failed to do, attracting criticism from both Americans and Iraqis for what many believe to be premature withdrawals from their other bases in southern Iraq.

To that extent, Rayment seems to have been conveying a certain amount of self-serving justification, from the Army in particular, with the aim of soothing its injured pride, most noticeable when he recounts that UK and US forces are now directly supporting the Iraqi Army and that, "British troops are once again patrolling the city's streets".

In that context, we would tend to rely more on the current MoD account of the situation. Amongst other things, it shows that a British strategy has emerged which seems to be working and that, although unglamorous and less exciting, the roles of training, mentoring and logistic support are yielding dividends.

But there are other sources. Apart from the superb narrative on Long War Journal we have the LA Times and the BBC – neither known for their sympathetic outlook towards the Iraqi operation. They also seem to accept that progress has been made. 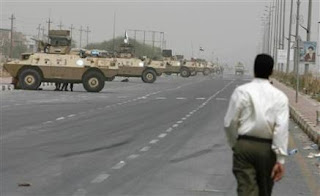 In particular, the LA Times takes on what appears to be an empty threat made at the weekend by Muqtada Sadr – just as Rayment was writing that segments of the Iraqi Army were a "busted flush". Sadr, whose forces are under considerable pressure and taking heavy losses, announced that he would end his (somewhat defunct and irrelevant) Mehdi Army cease-fire if the Iraqi government did not freeze its operations, backed by US forces, against his militia in Baghdad and Basra.

Having already threatened an "open war" against the Iraqi government, this drew a delicious response from US secretary of state Condoleezza Rice, who mocked him as a man who asks his followers to fight to the death while he resides in safety in Iran. If anyone is looking like a "busted flush", it is Sadr, who is described by US Ambassador Ryan Crocker as running "a weakened military organisation".

From the BBC, we get news of more casualties taken by the Mehdi Army in Baghdad and of "fierce fighting" in Basra where the Iraqi Army commander General Mohan Furaiji is claiming that his forces are in "almost complete control" of the port city. Yet this is a man who, according to Rayment, is described by a senior (unnamed) "British staff officer" as a "dangerous lunatic" who "ignored" advice.

With the BBC correspondent in Baghdad also retailing that there are signs that the militias' hold on Basra is weakening, with reports of women dressing less conservatively, couples walking arm-in-arm and live music being played at weddings - all things that would have been impossible a few weeks ago – we have no reason to change our view that things in southern Iraq seem to be improving.