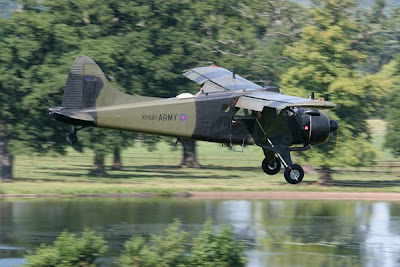 A reader has sent us a link to a narrative on the experiences of an Army Air Corps pilot flying a Beaver in Aden in the 1960s.

Nothing is ever directly comparable, but there are certain parallels between his experience and the situation in Afghanistan – more than sufficient to support our contention that fixed-wing Army aviation would have a role in the current operation.

Even if fixed wing aircraft could only do a fraction of the jobs carried out by Army helicopters (which would be highly pessimistic, bearing in mind that, in the height of the summer, Lynx helicopters cannot fly during daylight hours), their cheapness, reliability and robustness means that they could undoubtedly provide a valuable support function.

Elsewhere on our forum, there is an interesting discussion being conducted about the role of Naval aviation, but perhaps there should also be some discussion as to why fixed-wing assets have been almost completely removed from the Army inventory.

The decision that the Army should rely almost entirely on helicopters has to be one of the most perverse in the history of military aviation.