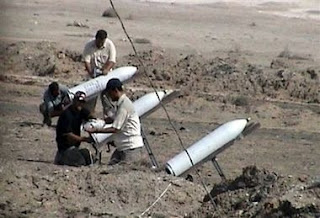 We picked it up in February last and noted worrying signs earlier this month.

Now, the Kuwaiti newspaper Awan is reported as having been told by an anonymous source that security forces in Basra are preparing to launch a major military campaign. This is aimed at "cleansing" the city of criminals and illegal weapons.

Basra police chief, Hatem Khalaf, has told his officers in Basra that "our patience is running out, it is the time to clean the city from criminals, evil doers and weapons caches in the city," warning them to prepare for the decisive battle to demilitarise Basra.

The Weekly Ahram has picked up the same vibes, noting also that some factions of the Mahdi Army have relinquished their commitment to the ceasefire.

This is born out by the answer to a question asked by Nick Harvey which records that the rocket attack on the Contingency Operating Base (COB) in Basra have increased recently. From 12 in 2004, the number dropped to eight in 2005, rising to 75 in 2006 and then a stupendous 400 in 2007. After a quiet start to this year, however, 37 attacks have now been recorded.

Some of this is reported today by The Mail on Sunday which is telling us that the pull-out of British troops in Basra is "on hold" after the dramatic surge in rocket attacks.

The force was due to have been cut from 4,100 to 2,500 by the end of April, but this will no longer happen and the indications are that numbers may be held at their present levels.

The Sunday Mirror is also on the case, suggesting that "American military chiefs" are to urge Britain to carry out a US-style "surge" in Iraq to stem spiralling levels of violence and killings in Basra. 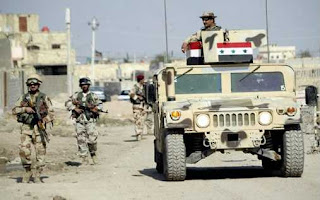 Commanders, says the paper, are growing increasingly "uneasy" that Iraq's second city is descending into anarchy after British forces pulled out. And such is their concern that the US is even considering offering thousands of US Marines to assist the British in what could be "a gruelling six-month operation".

Quoted is a "senior US military source" who says, "Three big militias are currently engaged in a particularly bloody battle in southern Iraq. US and Iraqi forces are involved in a huge operation to attack an al-Qaeda stronghold in Mosul. But after that the plan is to turn the Coalition's attention onto Basra and we will be urging the British to surge into the city. If they do not have enough troops then they will be offered US Marines to help out."

The feeling is that if southern Iraq is hugely unstable, it will affect the success of the surge in the north and destabilise the whole country, hence the need for action.

Inevitably, senior Whitehall defence sources are "highly reluctant" for British troops to go back into Basra due to the huge political pressure to withdraw troops. The hope is that there will be enough trained Iraqi Army recruits in the next year to cope with the violence.

The longest report, however, comes from The Independent which declares that the plan to reduce British forces has been put off "indefinitely", noting that Iraqi troops are preparing to take on militias.

This paper confirms that Major General Mohan al-Furayji, the Iraqi military commander, is planning a major operation this summer against the Shia militias. It reminds us that, under its agreement with the Iraqi government, Britain is obliged to provide support for what the general is calling "the final battle for Basra". 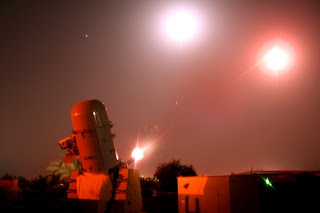 We are also told that the airport base "once again reverberates almost daily to sirens warning of incoming rocket fire and to the roar of Phalanx (C-RAM) anti-missile guns." New alarm systems have been installed, and soldiers now sleep in "Stonehenges", beds semi-encased in concrete and sandbags, defences which are said to have kept down the number of casualties. Soldiers have escaped serious injury, despite rockets landing inside accommodation blocks.

But we also hear that previously British troops would go into Basra city to counter the source of attacks. Senior Aircraftman (SAC) Harry McLeman is then cited, saying: "In the past we would go out there and dominate the ground. We can't do that now under the rules, and that does lead to a bit of frustration." The British authorities insist that going back into the city would only provoke the militias, and the current rate of rocket and mortar strikes continues to be lower than when the Basra Palace base was still manned.

Whether we can then rely on Major General Barney White-Spunner, the British commander in Basra, is moot. He offers the line that the situation inside the city is getting better. "No one is saying it is ideal," he adds. "But the indications are that the militias are losing some of their influence, and there are divisions appearing among them."

Invariably, British military commanders will play down the situation and they must all be hoping that the Iraqi forces can hold the line. Otherwise, with another 600 troops expected to be sent to Afghanistan, the Army is going to be hard put to fulfil a fighting commitment. And, if British troops are again committed to direct confrontation with the militias, we can see an unwelcome leap in the casualty rate.

The greater fear, though, must surely be that the Americans are forced to take over the combat role, demonstrating for once and for all that the claimed "tactical repositioning" of British troops was nothing of the sort, unless of course it is spelt r-e-t-r-e-a-t.