Rather missing the point 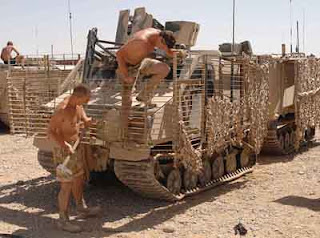 The MoD site records today the name of the Royal Marine who was killed last Sunday in Afghanistan, after what is now suspected to have been a mine explosion under his vehicle.

Marine Dale Gostick, of 3 Troop Armoured Support Company, Royal Marines, was driving a Viking armoured personnel carrier (we assume, as he is described as an "operator") when he was killed at the Sangin crossing of the Helmand River, southern Helmand province, Afghanistan. His troop, we are informed, was returning to their Forward Operating Base, after providing essential support to 2 PARA Battle Group.

One cannot help but comment here on the verdict by assistant coroner Andrew Walker who, earlier this month complained – in respect of the death of Marine Richard Watson – that, had be been equipped with a Viking APC instead of the unarmoured Pinzgauer utility truck in which he was riding, he might have survived the Taleban ambush in which his unit have been caught, and would not have been shot.

In entirely different circumstances now, we have a Marine killed in a Viking, which – as we have pointed out several times – is armoured but not mine protected. This is a vehicle about which we have been less than enthusiastic, even though it is popular with troops and is claimed to have saved many lives through it ability to reach spots inaccessible to other vehicles and deliver timely aid.

Will Mr Andrew Walker's successor now be condemning the Viking, or will he simply ignore the issue?

However, this latest fatality does follow something of a pattern, where troops seem to suffer relatively light casualties on actual operations, but suffer their casualties when travelling to and from operations, ambushed either by IEDs or mines. 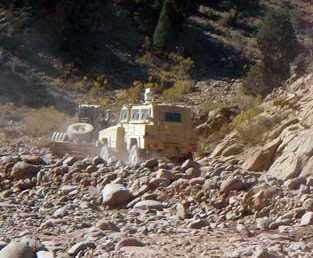 In these instances, the problem seems to me as much a lack of capabilities in terms of route clearance and the lack of dedicated equipment for that purpose.

If mine protected vehicles cannot be provided – or are deemed operationally inappropriate – then some effort should be made to make safe the routes to and from operations, where most of our casualties seem to be occurring. It seems that the British Army has yet to learn the lessons that have guided both the Canadian and US forces, lessons which were first learned by the Army in its operations in Bosnia and elsewhere.

It is perhaps unfortunate, therefore, that The Daily Telegraph should choose to enlist the death of Marine Gostick in an attack on the government, labelled: "Failing the troops in Afghanistan".

There is nothing wrong that attacking the government, of course – that is what it is there for – but, as always, the attack is unfocused. Referring to Marine Gostic, the paper says, "While fatalities are inevitable in war, there are increasing concerns about unnecessary losses caused by substandard equipment and about the lack of clarity in the Government's Afghanistan strategy."

The linkage is indeed unfortunate. By no means can the Viking – in isolation – be regarded as "substandard" and neither, for that matter, at over £500,000 each, is it cheap.

However, in drive-by fashion, the paper quickly moves on to Andrew Walker's call for the entire RAF Nimrod fleet to be grounded, then linking that to the secretary of state for defence "shamefully" attempting in the High Court to restrict what coroners are permitted to say.

Rather than taking meaningful action to protect troops, The Telegraph then concludes, "the Government prefers to deny failings or silence critics. British soldiers, risking their lives on behalf of their country, deserve better."

Then, bizarrely, the paper then complains that the government seems to be lacking a long-term strategy for Afghanistan, complaining about a lack of commitment to a strategic defence review, "which could re-evaluate the resources needed by the MoD." Clearly, it has not understood the significance of the recently announced non-review. 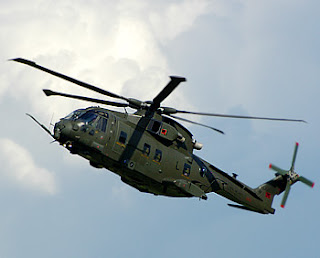 Next in the litany of complaints is the government's "pitiable call last month for Nato allies to pay into a helicopter trust fund". This, it says, "is symptomatic of the repeated failure of this Government to back up military action with the resources needed for success."

That brings us to the grand conclusion where we are told that, "If counterproductive penny-pinching prolongs this operation (in Afghanistan), victory could end up costing us more in men and money in the long run," but it has not made the case.

Here, one will recall that this newspaper – like the others – has not sought to report on the latest developments on FRES. This means – presumably – that the paper is content that the Army is set to spend upwards of £6 billion on a fleet of armoured vehicles that has little relevance to the operations in Afghanistan.

Further, as to the helicopters, where one might ask, are the six Merlin helicopters, originally set to cost a massive £19 million and now working out at approximately £30 million each – which have yet to see service.

Equally, how is one to equate the Nimrod incident with "penny pinching" when the replacement project – the MR4A – originally budgeted at £2.8 billion for 21 aircraft is now set to cost £3.5 billion for only twelve? Whatever this is, it is not "penny pinching".

Once again, therefore, we see the same old mantras, but no targeted criticism. Clearly, as the death of Marine Gostick indicates, we have problems with military equipment. To narrow these down to the issue of "penny pinching" seems rather to be missing the point.