The absolutism of the British media 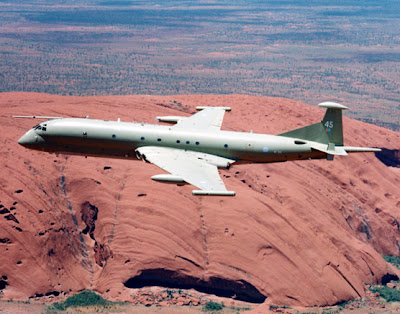 Just supposing, as assistant deputy coroner Andrew Walker recommends, the entire fleet of Nimrods is grounded. What then?

In this blog's view, the Nimrod MR2 – a should never have been used for battlefield surveillance and radio relay duties in landlocked Afghanistan. There should have been other assets available, not least effective, long-range UAVs and light reconnaissance aircraft.

But the fact is that such assets were and are not currently available in sufficient (or any) quantities – and, in any case, it is argued that the Nimrod performs roles that could not readily be undertaken by other assets. For better or worse, therefore, the Nimrod performs an essential role and, whether or not alternative equipment could be found, these aircraft cannot be replaced in the short-term.

On that basis, the lack of these assets would have a significant adverse effect on operations in this theatre. One effect might be the curtailment of some activities but, at worst, their absence from the battlefield could put ground forces at risk, leading to significant casualties which could otherwise have been avoided.

What price then Walker's recommendation? Presented with an inquest into the deaths of a number of soldiers who had died, a contributory factor being the lack of battlefield surveillance, would he then be prepared to accept some of the responsibility?

But, if once again we have a grandstanding coroner, where does that leave the media?

As so often, Walker provides them with easy copy. Leader of the pack – and not for the first time - is The Daily Telegraph which has Con Coughlin launching into attack mode.

Under the banner, "Nimrod exposes contempt for Armed Forces," he writes that Walker's verdict, "has added another dark stain to this Government's already tainted record of negligence towards our Armed Forces." In like vein, he continues:

Only a Government that has the most callous disregard for the safety of our Service personnel would have put the RAF in a position where it was obliged to fly sensitive "spy" missions over some of the world's most hostile terrain in an aircraft that, in the words of Andrew Walker, the assistant deputy coroner for Oxfordshire, "was never airworthy".

That the aircraft had an inherent flaw, which combined with its age and the operational pressures, as well as other failures, brought this tragedy about, causing the premature death of 14 servicemen, is undisputed. And nor is there any dispute about liability. Almost without precedent, the secretary of state has not only apologised, but also accepted responsibility for the failings.

Furthermore, the RAF has instigated changes to the Nimrod and to the maintenance routines – and well as discontinuing air-to-air refuelling – which rule out a repetition of this accident. This has been attested by no less a person than "the RAF's most senior engineer", Air Marshal Sir Barry Thornton, who confirms that the serious design failures highlighted by Walker have now been eradicated.

Walker does, of course, have a something of a point when he declares that the aircraft "was never airworthy from the first release to service in 1969," in that the fault which brought down XV230 was present in the original design. But whether that supports a claim that the type was never "airworthy" is a value judgement which is not for us to argue.

What is relevant though is that the MoD has appointed Charles Haddon-Cave QC to lead a review into the crash and the safety of the aircraft, examining a range of issues beyond the scope of the original RAF Board of Inquiry which identified most of the issues on which Walker is commenting. This review, we are told, and will determine who is ultimately to blame for what have been a succession of failures

Considering then that there have been a succession of failures over nearly forty years, the particular blame – or, at least, the totality - can hardly be laid at the door of the current secretary of state, Des Browne. Given what he has already done and that the experts in the RAF are prepared to put their names to the safety of the aircraft, it is hard to see what more could be done.

This, however, is not good enough for Coughlin of The Telegraph. He cannot resist the cheap jibe that the secretary of state is "seemingly so underemployed at the Ministry of Defence that he also finds time to be Scottish Secretary", and asserts that he "has done little to rectify the situation."

On that basis, Coughlin decides that Browne, "should hang his head in shame," it never occurring to the journalist that his level of argument should invite a similar action.

As one might expect though, Coughlin is not on his own. His brand of "cut and paste" condemnation is shared by Michael Evans, defence editor of The Times. He writes in a commentary headed: "Ground the Nimrod fleet now":

… above all, the MoD needs to give reassurance for the sake of the 14 who died, and their families, that everything possible is going to be done to make the remaining 15 Nimrods safe to fly. If not, they should be grounded whatever implications that might have for the British troops in Afghanistan.

The last sentence betrays all. This is the absolutism of the British media, writ large. Neglecting the fact that the MoD seems to have done precisely what Evans asks, in making the Nimrods safe to fly, everything is black and white. There is no sense of "balance of risks". Evans would condemn our troops, for the sake of absolute assurances that can never be given in respect of any aircraft.

However, behind all this are more fundamental issues, which strike at systemic failures across the board. For a start, the very fact that the MR2s were and are still flying stems from the decision to replace them by MR4s – an upgrade of existing airframes – rather than purchasing entirely new aircraft. In retrospect, this latter option would have been cheaper.

These, and other issues, we will explore in another post.
Posted by Richard at 13:49