Would things have been different? 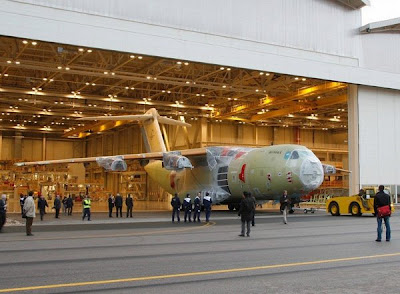 The words, "according to documents leaked to The Sunday Telegraph…" always make the heart sink, but – if the documents have not been misread, quoted out of context, or over-egged – we have problems.

According to the paper's article, up to five RAF C-130 Hercules transports – more than a 10th of the fleet – have developed a "potentially dangerous defect", namely, "a number of wing cracks…".

The RAF is playing this down, as you might expect, its spokesman saying that, "All aircraft will have cracks due to such things as fatigue damage: the C130 is no exception." He adds: "There is a comprehensive inspection regime in place and all aircraft are maintained according to approved military airworthiness regulations to ensure that no crack becomes critical for the continued safe operation of the aircraft."

From all indications, this problem is not affecting operations but it appears that it is having an effect on training schedules, especially as five of the older C130s are being retired from service this summer. Thus, the report is cited as stating that the future for military training exercises is "bleak".

Taking the worst possible complexion, the RAF is going to be up to ten aircraft short in its medium-haul fleet and, having lost three C-130s on operations, will be struggling to meet its commitments (although the occasional Antonov charter and the additional C-17 will, presumably, ensure that the "air-bridge" to Iraq and Afghanistan will be maintained).

Nevertheless, it is pertinent to ask what has happened to the C-130 replacement, the fabled Airbus A400M, which was not due into RAF service until 2010 and is running late, with a year or possibly more delay.

When last we heard, engine problems were an "issue" and the latest report confirms that this remains so. Furthermore, costs related to the programme have risen by €1.4 billion which is creating difficulties for the manufacturer, saddled as it is with a fixed-price contract.

Peter Scoffham, head of defence capability marketing of Airbus Military, is still claiming that the delayed first test flight will be "by the summer", the picture (top) showing a somewhat incomplete aircraft being rolled out of its hanger in Seville last January. Presumably it will have some engines by then.

For the RAF to have been told that it would have to rely on this aircraft to replace its ageing C-130s, with a delivery schedule starting in 2010, was bad enough but, with the news of the current problems, A440M production delays look set to create even more difficulties for the service.

One cannot help but wonder whether things might have been any different, if Tony Blair had not fallen for the blandishments of Chirac and ordered the C-130J instead.