Before defeat becomes a rout 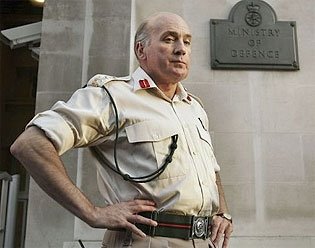 There is a certain child-like naïveté to the media coverage of General Dannett's remarks which has now run unabated for two days, taking pole position in The Sunday Times this morning.

If one was to see such quality in coursework offered by sixth form pupils, though, one would smile indulgently and take the time out to correct it. But we are not dealing with a sixth form here so much as a situation where the children have taken over and there is no grown-up in a position to set them straight.

Without such guidance, the media narrative has settled on this being an instance of, variously a "brave", "honest", "blunt" soldier – even now a "soldier's soldier" who has courageously "told the truth" about the problems in Iraq. He is even described as having "put a rocket up the politicians who were making life hell for his beleaguered troops", thus leaving Tony Blair variously "battered" and attempting to "play down the rift", with the government "engulfed in a firestorm".

Some hacks write about "damage limitation", others applaud Dannatt's candour while others, with all the pomposity and gravitas that their platform affords them, are calling for his resignation.

This is absolutely classic of the "biff-bam", soap opera, personality-driven style of news reporting that we have to suffer these days, where everything is reduced by these intellectual pygmies to its most basic elements and then expressed in one-dimensional terms with all the subtlety and depth of a Tom and Jerry cartoon.

What none of these prattling children even begin to do, though, is examine – much less evaluate – the issues to which Dannatt spoke. And, in endorsing his call for a "phased extraction", the neglect of years is returning to haunt them. Atrophied through years of under-use, their limited brains are quite unable to grasp that the UK is already in the process of withdrawal from Iraq and is seeking to complete the process as fast as is politically and humanly possible.

That is the missing element – the spectre at the feast. It has been brought about by the fact that the British Army is not and has not been for some time up to the task of maintaining order in Southern Iraq. The "best soldiers in the world" are very far from the best – and not even "good enough". That we have, "the best Army in the world" comes from exactly the same stable as, "our NHS is the envy of the world" – with about as much foundation.

Like every other British employer, the Army is struggling with the aftermath of the collapse in the education system, having to deal with recruits of low educational attainment at a time when the technical demands on individual soldiers are increasing.

With competition from other industries, an increasingly unmilitaristic society and the relative poor pay and conditions, it is also having the greatest difficulty recruiting (and keeping) good officers, a situation only temporarily ameliorated by the influx of high quality females attracted by gender equality provisions. 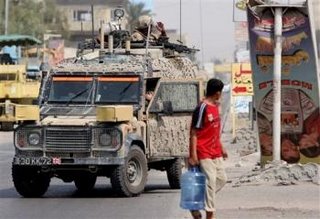 And, if manpower is often of poor quality and insufficient in numbers, so is much of the equipment - as we have recorded on this blog – a great deal of it dangerously so. Furthermore, equipment which could or should be available has either not been thought of, is thought unnecessary or is simply too expensive.

A defeatist attitude amongst British forces is now evident, witness the incident on 3 October when a British soldier was killed and another seriously injured after three mortar shells landed inside the Shaat al-Arab Hotel base in Basra. Rather than any determination to avenge colleagues, what was particularly chilling was the almost off-hand way that British Army spokesman, Major Charlie Burbridge, was cited as saying, "It is a major challenge to stop these sorts of attacks." 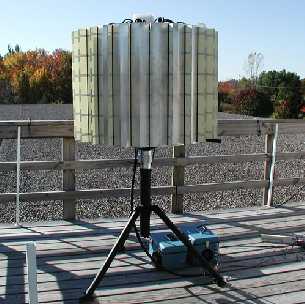 Yet, challenge though it might be, it is by no means impossible. Faced with the same problem, the US Marines have developed lightweight counter-mortar radar which can be used to detect incoming rounds and direct helicopters or other assets to deal with the terrorists.

Yet that is simply not an option for the British. Even if they had the radar, they have neither the helicopters nor the rapid armoured vehicles that they would need to combat this threat. Instead, they must take the casualties and hope that, in due course, it will all end.

What is perfectly illustrated by this example is that equipment (and manpower) inadequacies have a significant effect on the tactics adopted – for the very simple reason that certain options require certain equipment - and thence morale and capability. Lacking the necessary (much less desirable) equipment, tactics are often inferior, capabilities are limited and morale falls as a result.

But there is also a peculiarly British arrogance in this theatre where commanders have mistakenly believed that skills acquired in Belfast and other public order operations are necessarily transferable to Iraq, slowing down and sometimes completely inhibiting the development of more appropriate (and effective), theatre-specific tactics.

All of this means that the British Army in Iraq is the next best thing to a failing organisation. You do not need to be the Chief of General Staff to realise that its continued presence will serve only to exacerbate the security situation – and expose British troops to continued casualties. But that is the situation into which General Sir Richard Dannett – as professional head of the Army (its chief uniformed bureaucrat) – has walked.

The degree to which the situation has deteriorated is well illustrated by this BBC report and this local report. With the British roundly having been accused of causing the chaos and the security decline in southern Iraq, especially Basra, by their leniency with the militias and their parties, no one believes the sitation is recoverable. The British presence is simply no longer desired.

Knowing that his Army is not up to the job in Iraq and that the government is neither willing nor able to provide the men and material necessary for it to improve its performance - even if that was possible - Dannatt's only option is withdrawal. And not only does he know this – the government knows it and agrees. Furthermore, the decision to withdraw was made some time ago (when, precisely, we do not know, as the policy change was never announced), so Dannatt's difficulties lie not with the government but elsewhere.

Arguably, Dannatt's central, professional problem is how to extract the Army from Iraq in one piece, without the catastrophic loss of morale that would accompany an enforced withdrawal or open defeat. His public problem, therefore, is how to dress a defeat up as – if not a victory – "a job well done", giving sufficient of a figleaf for the Army to walk away without too much immediate loss of face.

If you thus read his statements, from a military point of view, what he is saying is nonsense. Troops being present, doing their job, will invite a hostile reaction. That is both necessary and welcome in the normal run of things as it is only by provoking the enemy can you bring him to battle and defeat him.

But Dannatt has no intention of even trying to defeat the enemy so, by declaring the obvious, he is simply attempting to create a public climate where withdrawal is seen, on the one hand, to be operationally desirable and, on the other, not as a retreat or a defeat. That is where the media have probably made their biggest error. Somehow, they seem to believe that Dannatt is talking through them to the politicians. They cannot seem to cope with the possibility that he is using them to talk to the wider media as well as the public.

If that is why a Chief of the General Staff is talking to the media then, despite the spluttering of Charles Moore and Matthew Parris, he will remain in office. It will show that he knows – as does the government – that he has to get his troops out before a defeat becomes a rout.