Give war a chance... 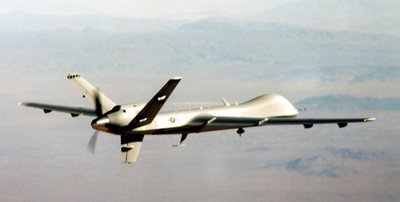 "And even if Iraq, by some miracle, is able to sort itself out, the ability of the Western alliance, or what remains of it, to confront global security threats has been seriously, if not irretrievably, damaged."

That is the opinion of Con Coughlin, bien pensant defence correspondent for The Daily Telegraph and self-acclaimed author of the book, American Ally: Tony Blair and the War on Terror. And he is wrong.

Coughlin's real thesis, however, is highlighted by the headline, How the neo-cons lost the war, to be found in a puff in the Saturday newspaper.

A somewhat tendentious assertion, it is nevertheless shared by many of the chattering classes who hold that if only Bush and Blair had listened to the wisdom respectively of the State Department and Foreign Office, the situation in Iraq would by now be well on the way to normality and stability.

Instead, the crass, uncouth and naïve Bush, with the support of his poodle Blair, went for the wholly unrealistic dream of trying to establish Iraq as a beacon of democracy in the Middle East. He give the "neocons" of the Pentagon their head, disbanded the Iraqi Army, fired the Baathists, cleared out the Sunnis and started afresh, trying to rebuild civil society on the basis of full participation of the majority Shi'ites. 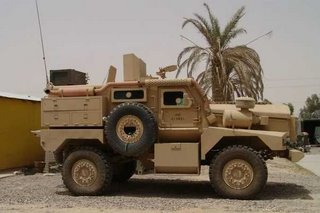 Needless to say, the result was an unholy alliance between the displaced, secular Baathists and the dispossessed Sunnis, together with a ragbag of crooks, opportunists, foreign adventurers and religious fanatics, who have fuelled an insurgency of unprecedented ferocity which is fast drifting into civil war.

But, whatever one's "take" on the root causes of the insurgency might be – and whether it was preventable - the fact is that it is there, it is happening and it must be dealt with. And, unless one is going to counsel that the US, the British and the rest of the coalition should turn tail and run, it is not lost. Thus, the insurgency must be addressed actively by coalition forces, with a view to defeating it.

This is not a question, as Coughlin puts it, of Iraq being able to "sort itself out" and we should not be looking for "some miracle". Nor should we accept the dicta of the bien pensants who grandly declare that there is no military solution to an insurgency, that the military can only "hold the line" while the politicians do their work.

Instead – as an antidote to the flood of negativity, despair and defeatism – we should be looking to dealing with that insurgency first and foremost at precisely the level they say is impossible, the military level, addressing it as a technical, military problem. 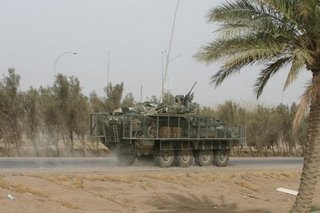 That the military solution has so far (but only so far) failed is because – we would argue - the full range of technology, weapons and tactics has yet to be deployed. Should a properly equipped military, using effective tactics and technology, be allowed to take on an enemy which is by no means all-powerful or even particularly astute or effective, the outcome could be very different and very positive.

Over the next few weeks – starting today – therefore, we are going to be producing a series of linked pieces, arguing the case for war – an effective and seriously prosecuted war against the Iraqi insurgency as the only way to achieve a lasting peace without massive loss of life. In the final analysis, war, fought properly and effectively, is the most humane way of sorting out the immediate problems of Iraq and it should be given a chance.

As we did with the "Qanagate" exercise, we have opened a file - this one - with an associated forum thread, which we will then build on over term until we have a complete report, which we will then publish as a single entity. By this means, we hope to re-shape the debate and bring some sanity to an issue which has too long been dominated by the nay-sayers, the weak, the ignorant and the defeatist. But, in order to win, we must first decide that the war is winnable.

The winning has just started.