Totally out of their depth 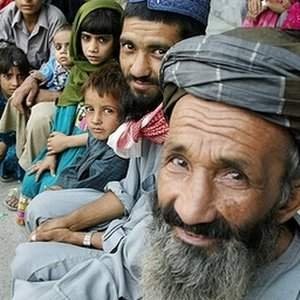 Having spent so much time and effort condemning the MSM for its lack of attention to defence issues, a casual reader might have thought that the new-found interest displayed by some newspapers would be welcome. But not a bit of it.

Detailed, factual coverage of defence issues is always welcome and more so would intelligent commentary. But, when the coverage is highly selective and the commentary fatuous and misguided, one really does wonder what is being achieved.

In the category of "factual coverage" comes a piece in The Daily Telegraph today, recording the launch of an investigation into claims that dozens of civilians were killed in Nato bombing raids on suspected Taleban positions this week in southern Afghanistan.

The indications are that the death toll could be the largest among civilians in a single incident since the US-led invasion of Afghanistan in 2001. Afghan officials are cited as stating that the believed up to 60 Taliban and 85 civilians died in the bombing. Nato officials have confirmed at least 12 civilian deaths following "rolling clashes" between joint Nato and Afghan forces and groups of Taliban fighters in Punjwai district, which lies 10 miles south-west of Kandahar city.

The piece is worthy enough but the paper then spirals into the stratosphere with an ill-considered leader headed: "Afghan setback". To the ill-informed, it might actually look plausible, starting as it does with a series of apparently factual assertions: 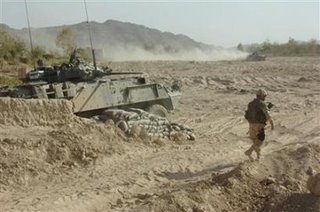 Operations in Kandahar this summer led Nato to believe that it had broken the back of the Taliban in the province. There were claims of between 500 and 1,000 guerrillas having been killed, raising hopes that the way was open to winning over the local population through reconstruction. That success makes all the more galling the deaths of a shocking number of civilians in bombing raids during the night of Tuesday/Wednesday. They are a severe psychological blow to the Nato-led International Security Assistance Force (Isaf) in Afghanistan.

Indeed, the Nato line is that the operations in Kandahar were a success, but other commentators think otherwise, with apparently good reason. There is no similarly good reason, therefore, why the Telegraph should slavishly follow the Nato line.

But then the newspaper follows a line of its own, picking up a reference to the use of "precision strikes" against insurgents. It argues that "such accuracy" is impossible when the enemy blends so easily into the civilian population. Mortars, artillery and aircraft are blunt instruments that inevitably cause collateral damage. The paper then argues that heavy reliance on these weapons "stems from lack of Isaf manpower", from which it concludes:

Isaf's front line against a resurgent Taliban is being held by too few troops from too few countries. That paucity makes tragedies such as this week's civilian deaths more likely. Thus, previous advances are annulled in a trice.

That these tragedies undo the good work done is made with force by The Times as well, and with some considerable force – as one might expect – by Aljazeera but it is only the Telegraph which uses the situation to argue for more troops.

On this blog we are not going to argue that more troops are not necessary but the point we have made is that the issue is far more complex than is allowed for than the simplistic bleating for more "boots on the ground" in which the Telegraph indulges. As we argued over the weekend, more soldiers in theatre without the requisite equipment and structures, and the appropriate tactics, could simply provide the Taleban with more targets and thereby increase the pressure for Nato's withdrawal.

Such an argument is not overly complicated and we are not the only ones to make to make it, so it cannot be said that it is entirely without merit. But it does seems beyond the intellectual capability of the likes of the Telegraph, and indeed the politicians – especially the Conservative front bench, which seems totally devoid of ideas of how our forces should be structured and equipped.

It is actually almost too easy tilting at the Conservatives for their inadequacies and their inability to define the issues. But, while we complain about a lack of clarity and absurd decisions, what also must be picked up is the media's tendency to act as a propaganda organ for the MoD.

For the second time of late, we are seeing an account of the British Army operations in Maysan province, most recently by BBC's Newsnight and now by The Telegraph, which offers an uncritical account of what may in fact be an extraordinary example of displacement activity. 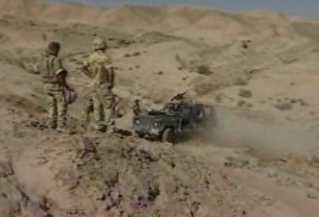 It is all very well the boys and girls pounding through the desert emulating latter-day David Stirlings in their cut-down Land Rovers, and trying out their cross-country driving skills (illustrated) – so avoiding insurgent attacks – but when this is at the price of deserting al Amarah and leaving it to the tender mercies of the militias, one might think that a grown-up newspaper would question the use of resources.

Once again though, if we start to confront the issues, it is evident that the British Army simply does not have the equipment to do the job. Thus it is safer for it to play with its toys in the desert than to do a real job, equally safe in the knowledge that the media (much less the politicians) are not going to give it a hard time.

And, if the media cannot cope with such a simple level of criticism, you just know that, when it comes to looking at the forthcoming Defence Committee FRES inquiry, they will be totally out of their depth.