Sometimes you have a piece of information which is highly relevant to a particular subject but it doesn't "click" and you don’t put two and two together.

But ever since this morning, reading about the evacuation of civilian workers from the British consulate in Basra, the mind has been working overtime – and it has come up with this. 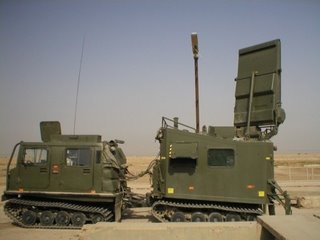 The link is to an undated extract from the Defence Management Journal extolling the virtues of an interesting piece of kit which has been in Iraq since 2004 – the Mamba counter battery radar (pictured left). What is particularly interesting though is the gushing tone of the extract:

It may be brand spanking new but already the Royal Artillery's futuristic Mamba radar system has saved the lives of countless British troops based at Camp Abu Naji, Iraq. The system, which is mounted on a Alvis Hagglunds BV206 tracked vehicle, can detect virtually any airborne missile launched within a 20km radius and provide an early warning of exactly where and when it will impact.

This is good news for the battle-weary soldiers of Abu Naji, near Al Amarah, who have been mortared on an almost daily basis. Sitting in the cool, air-conditioned cab of his Mamba, Sgt Patrick Murray, K Battery, 5 Regiment RA, heaped praise on the vehicle. He said: "Make no mistake this is the future of warfare. Not only can we give our men on the ground a warning of incoming fire but the Mamba will also tell us exactly where the missile or round was fired from and where it will land. In normal circumstances that would allow us to strike back at the enemy firing party almost immediately. But because of the risk of civilian casualties in Iraq we have to pass on the map coordinates to a patrol who will deal with the attackers." 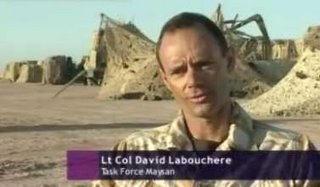 As we now know, of course, Camp Abu Naji was abandoned in August 2006 for precisely the reason that it was so often targeted by mortar attacks, viz Lt. Col. David Labouchere speaking to the Washington Post :

Almost every night for months, rockets and mortar rounds had pounded Abu Naji, the outpost where British forces made their home outside Amarah, Maysan's provincial capital. In the base's last five months of use, 281 rockets or mortar rounds hit Abu Naji, Labouchere said. Young soldiers would slip out of base at night to try to find the attackers. They would return in the morning as frustrated as when they left, he said. "The boys felt they were powerless," Labouchere said. So the British forces packed up. The night before they left, mortars gave Abu Naji a farewell pounding.

Interestingly, there is no mention here of the Mamba equipment yet, by all accounts, it was technically highly successful. So what went wrong?

Well, the pictures above illustrate the problem – mortar equipment is both lightweight and highly portable. Terrorists can arrive in a van on a vacant lot, set up their mortar, fire off four or five bombs and then pack up their kit and drive away, all within the space of minutes, long gone before any ground patrol could reach them. 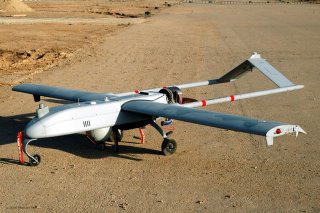 However, with the help of radar location, hit-and-run mortar teams can be can be beaten, as graphically documented by Michael Yon. But to do so requires the use of unmanned aerial vehicles (UAVs), helicopters and fast response ground units. The technology makes it possible so it is a question of resources.

There is the problem. As we know, our government simply has not provided the resources. So, with only five Lynx helicopters in the whole theatre, no UAVs and no suitable patrol vehicles, there is simply nothing that can be done except suffer the hits or run away.

But, to read the MoD hype, you could easily gain the impression that everything in the garden was rosy – until we get news like we did this morning. Then we know that it is all taurus excretus.