Run away… run away! 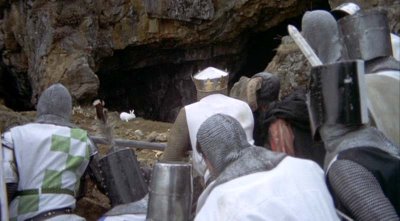 So cried King Arthur's knights on meeting the deadly killer rabbit, immortalised by the Monty Python team in the eponymous 1975 film Monty Python and the Holy Grail. But, with the news this morning that civilian employees are to be evacuated from the British consulate in Basra, this now seems to be official British foreign policy. 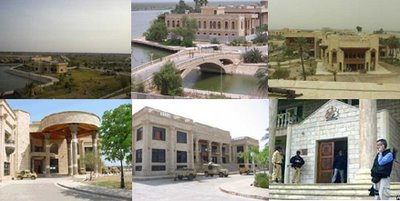 About 200 civilian workers are based at the Basra Palace complex and the Foreign Office says the move is "in response to increased threats from mortar and rocket attacks". However, the site is also the HQ for the Army's 7th Brigade and, as the photographic composite shows, it is eminently defensible. That the Army has been unable to prevent nuisance attacks on its own headquarters says a great deal for its lack of grip on the city.

Furthermore, the fact that staff are now being evacuated has, according to The Times, military chiefs "concerned" that this will encourage the insurgents to think that they are winning the battle to push British forces out of the southern city. 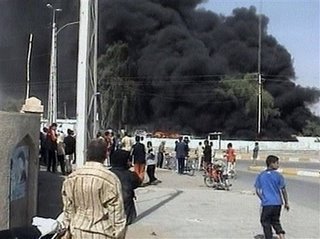 But, if the military are now complaining, they started the rot with their retreat from Al Amarah in August, allowing the militias to strip Camp Abu Naji within hours of it being abandoned by the military. Since then, the British battle group has been playing with its toys in the desert while the militias have been running riot in the city, torching police stations and cars. 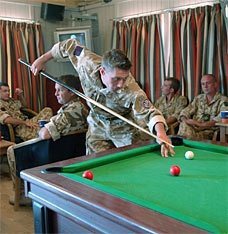 Then, on the back of the weekend’s news that British troops have been confined to barracks (and here) because of the inability to deal with the suicide bomb threat in Afghanistan, we now read in the Times that the withdrawal from Musa Qala this month as part of a deal with Afghan tribal elders is simply allowing the Taleban to return.

Day on day we hear and read news of how the authorities in Britain are retreating before the tide of "multiculturalism", allowing ethnic – primarily Muslim - groups to challenge our way of life, but we hear less of what seems to be a similar retreat by the British overseas. Yet the two are inter-related. Our inability to stand up to the insurgents abroad sends a strong, clear message to the ethnic communities in the UK that the British are spineless and, when challenged, have but one policy… to run away!

What sort of signal does that send the rest of the world, to say nothing of our European Union "partners"?