An odd sense of values

News of the moment is that the Ministry of Defence is banning ITN – Britain's biggest commercial news broadcaster – from frontline access to the nation's forces.

This is picked up by The Times and others, retailing an account of how the government "has withdrawn co-operation from ITV News in warzones after accusing it of inaccurate and intrusive reports about the fate of wounded soldiers."

The MoD's director of news, James Clark, has accused ITN of a "hatchet-job", with reporting that relies on "cheap shots all over the place, no context, no reasonable explanation. Like the Daily Star in moving pictures."

The tenor of the reporting is by no means unsympathetic to the MoD and the news of the action has even travelled over the pond to Michelle Malkin, who has her own (very good) reasons for distrusting media coverage of defence issues.

Any indignation, or sympathy for the MoD however, should be tempered with the knowledge that, when it comes to accountability, this ministry is the pits. It is not only one of the most secretive of government departments but is also quick to rely on the "security card" when it wishes to avoid scrutiny of its actions.

What is intensely frustrating though is that, while this story is quick to attract media attention, attempts by MPs to drag vital information out of the ministry are almost completely ignored. 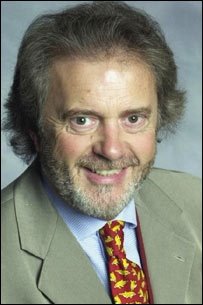 The latest in this line is Mike Hancock, Lib-Dem MP for Portsmouth South, who has been trying to get to the bottom of the Pinzgauer issue with a Parliamentary Question to the minister asking:

…what risk assessment has been made of the ability of Pinzgauer Vector armoured vehicles to give adequate protection to the driver in the event of running over (a) a mine and (b) an improvised explosive device, with particular reference to the cone of destruction; and if he will make a statement.

In response, an MoD which, apparently in support of its troops, is so quick to squawk about the misbehaviour of the media, suddenly becomes rather reticent. The minister, Adam Ingram, replies:

To safeguard our own and allied troops, we do not comment on the detail of our vehicles' protection levels. However, the need to provide enhanced protection against the threats currently faced in Iraq and Afghanistan, including mines and improvised explosive devices, was a factor in the decision to procure rapidly a suite of protected patrol vehicles, including an additional 106 Pinzgauer Vector vehicles, which would give commanders a range of options dependent on the operational circumstances. 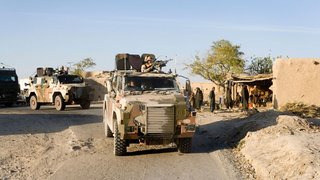 If ever there was a non-answer, that is it. And, if we had a halfway effective media, this would now be a serious issue, not least as we now learn that the Dutch have become the latest of the forces in Afghanistan to acquire mine protected vehicles. Only this week, the first of their $31.7 million purchase of 25 Australian Bushmaster armoured patrol vehicles became operational (pictured). Until recently, they had been borrowing five RG-31 Nyala patrol vehicles from the Canadians.

We now have a situation where German forces in Afghanistan are equipped with Dingo II mine protected vehicles, the French are being equipped with up-armoured VBLs, the Canadians and the US forces have RG-31s and the Dutch have Bushmasters. 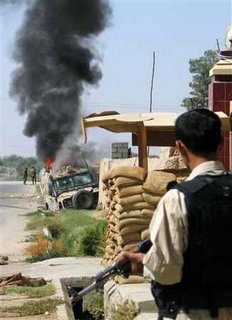 Soon, uniquely, the British will have the only major contingent in Afghanistan which is not equipped with mine protected vehicles. Instead, troops are about to be supplied with Pinzgauer Vectors which, in some important respects, actually give less protection than "Snatch" Land Rovers – the vulnerability of which is only too evident.

Of course, this is far too complicated for the British media, which would rather see troops die than get its hands soiled with a little bit of technical detail. Instead, the hacks will wait until after the event, for a quick, cheap story when the bodies are being shipped back to the UK.

For once, though, we actually see an ordinary back-bench MP doing his job, and doing it well, which puts the self-serving preening of the media rather in perspective. This is an industry which gets excited about the fate of soldiers once they are wounded but is careless of whether they live or die in the first place - a rather odd sense of values.