Time to press the panic button? 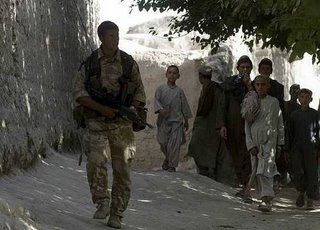 When Michael Yon writes, it is always worth reading. But his latest piece in the Weekly Standard is more than a little worrying. Mark this on your calendar, he writes:

Spring of 2007 will be a bloodbath in Afghanistan for NATO forces. Our British, Canadian, Australian, Dutch, and other allies will be slaughtered in Afghanistan if they dare step off base in the southern provinces, and nobody is screaming at the tops of their media-lungs about the impending disaster. I would not be surprised to see a Nato base overrun in Afghanistan in 2007 with all the soldiers killed or captured. And when it happens, how many will claim they had no idea it was so bad and blame the media for failing to raise the alarm? Here it is: WARNING! Troops in Afghanistan are facing slaughter in 2007!

If that was a piece in isolation or from a different person, it could be ignored. But it is from Michael Yon, and it meshes with the piece over the weekend that had Field Marshal Sir Peter Inge warning that British forces risk defeat in Afghanistan. 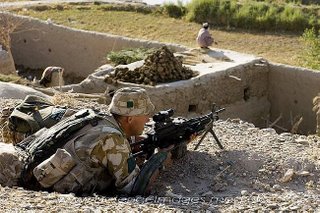 This, we thought, might be overwrought - but we cannot be sure. But, while we cannot rule out a major push by the Taliban, as Yon argues could happen, we do know that the effect of air power on concentrations of fighters can be decisive. Should a Nato base be seriously under threat, it is almost certain that the full weight of air assets would be mobilised and disaster would surely be averted.

What seems to be of more concern, however, is that very different messages are coming out of the theatre. From The Telegraph today, for instance, we get a highly downbeat report of how America's ambassador to Afghanistan is expressing deep unease over the British ceasefire with the Taliban and subsequent withdrawal from the town of Musa Qala in north Helmand.

The source of unease is Ronald Neumann, who is saying that there is "a lot of nervousness" about who the truce was made with, who the arrangement was made with, and whether it will hold – and not a little concern about whether the area will become a sanctuary governed by the Taliban. "If you have an area that is under the Afghan government flag but is not under the actual authority of the Afghan government then you are losing in a very big way," says Neumann. 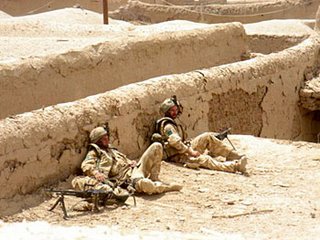 But what is also of concern is Nato's supreme commander Gen James Jones. He – also according to The Telegraph – is saying that the mission to subdue the insurgency was at a turning point. He is predicting that insurgents will not continue to confront coalition troops in pitched battles but turn instead to the car bomb tactics that had proved so devastating in Iraq. His view is: "Militarily we will not be defeated … Their strategy is that we suffer a loss as a result of 1,000 IEDs [roadside bombs]."

That ties up with another report which suggests that Taliban militias have taken control over key border areas of Pakistan, where they are effectively running the civil administration. With the withdrawal of the Pakistani Army under the so-called "Waziristan accord", a power vacuum has been filled by mullahs and their long-haired, bearded, AK47-toting militants.

Then, from David Loyn, writing in The Independent, we get an account of how the Taliban army is highly active and visible in Helmand province, clearly in control over a wide region - the same Taliban that Brigadier Ed Butler, the commander of British forces in the region, said were "practically defeated". 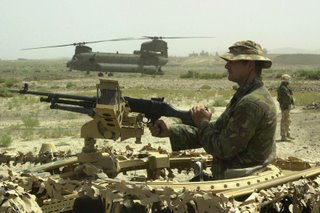 Loyn claims that they are "confident and well-armed, all with AK-47s, and many of them carry rocket-propelled grenade launchers." Their communications equipment and vehicles are new and they have a constant supply of fresh men from the madrassas, the religious schools in Pakistan. And the "Waziristan accord" has made it even easier for the Taliban to manoeuvre.

Furthermore, Loyn has it that the Taliban commander predicts that suicide bombing would be employed far more intensively in the future. "There are thousands waiting at the border," he says. "We are trying to stop them because they would cause chaos if they all came at once."

What is also clear, Loyn asserts, is that the Taliban are now far more numerous than previously believed. Thousands of young men now see them as a resistance force against international troops who have had five years and are not seen to have delivered results.

Meanwhile, he writes, the scale of institutionalised corruption practised by the Afghan National Army is shocking. They demand money at gunpoint from every driver on the main roads in the south. It was to stop just this kind of casual theft that the Taliban was formed in the first place in 1994. For the first time since then, the Taliban are now being paid again to sort out the problem.

So, what do we have here?

Putting it all together as we so often do, it seems that the Taliban is far more numerous, better equipped and organised than is being suggested officially; Nato forces – specifically the British – have been forced to give ground; and cohorts of suicide bombers are waiting in the wings, ready to unleash a reign of terror.

All-in-all, things are no better than when we wrote in September about this issue while, in many respects, things look significantly worse.

Yet… are these just words? Do they have any meaning? If they do, and the situation is anywhere near as dangerous as it appears to be, then our troops are in very grave danger. One can begin to see why Dannatt is so keen to pull troops out of Iraq in order to beef up the forces in Afghanistan.

And, if we are actually in danger of losing – or taking such serious casualties that we are tempted to pull out – has anyone really thought through the global implications? Has anyone even thought how it would affect the morale of people back home, and the behaviour of domestic Muslim communities?

Methinks that, if there is a panic button, someone should be pressing it.