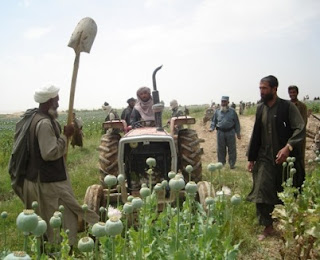 A new piece from Michael Yon is usually followed by a rush of e-mails in my inbox, alerting me to the fact. On this one, however, there has been something of a hush. Perhaps it is because Yon writes:

Having just spent another month with British forces in Helmand, today I am on my own in the same province. During the last month, our great allies the British lost dozens of soldiers who were killed or wounded. Cooperation from locals is almost nonexistent in many places. Interaction between civilians and British soldiers was nearly zero. The British treat the civilians very well, but being polite and respectful is not enough.

Without significant reinforcements, the British likely will be defeated in Helmand within a couple of years. My respect for British soldiers is immense. I have been in combat with them many times in Iraq and Afghanistan, including during the last couple of weeks and would go into battle with them today. Yet it must be said that the average British soldier has practically no understanding of counterinsurgency.

It is that last sentence that is the giveaway. Yon is allowed to applaud British soldiers – which he has been doing, wholeheartedly, awarding them fulsome praise. But he is not allowed to criticise them.

Correspondence with an expert watcher of the British Army on this elicited the comment that, "The problem is of course not so much British soldiers have no understanding of counter-insurgency but, disastrously, neither do their officers - even very senior ones. And that is why we are losing Helmand".

To that, I would substitute, in the phrase "even very senior ones", the word especially, and I would also include the Americans. No insurgency is the same, and counter-insurgency tactics must embrace the particular circumstances of each conflict. In that, it has often been said that Afghanistan is not Iraq. But we are seeing some of the same ideas which have been applied in Iraq being advocated for Afghanistan. They will not necessarily work.

Neither, incidentally, is Afghanistan the same as Northern Ireland, nor Malaysia, nor Oman – or even Rhodesia in the 1970s. There may be common principles that can be applied, but they will only have effect within the context of a well-structured strategic framework. And that is what is missing.

Afghanistan is primarily an agricultural country. Upwards of 80 percent of the country relies on the rural economy. Michael Yon, with the authority of "being there" characterises the country as "one of the most backward, violent places on Earth". He thus declares that it "will require a century before a reasonable person can call Afghanistan a 'developing nation'."

Yon is wrong. He is deceived by appearances, which can be and are misleading. Afghanistan is in fact, a complex and highly sophisticated country. For sure, there is grinding poverty and the country is dealing with the devastating effects of the Communist takeover in 1978 and the 30-years of unrest that followed it, but the vestiges of the societal and economic structures remain.

Principally, the agricultural economy remains and in coping with the turmoil and lack of security, the collective responses of the farming community have been both rational and remarkably sophisticated – far more so than the economically illiterate blundering of the Western powers and the aid agencies.

In Helmand, a province that was noted in pre-communist times for its wheat and cotton – and a wide variety of other products – farmers have adapted to the new crop of opium and, in a space of a few years, have not only broken productivity records but developed and sustained a multi-billion dollar industry in the face of official disapproval and multifarious incentives to discontinue it.

Furthermore, this "backward" nation has taken on the richest, best armed and militarily sophisticated nation on earth and is running it ragged, at the same time maintaining its own propaganda effort – on a shoestring – the like of which would be the envy of Madison Avenue, if it was harnessed to commercial ends.

As to our conduct of the counter-insurgency, Rupert Smith describes this activity as a "war amongst the people", with the prize being the people themselves. But, who are these "people" in Afghanistan?

In round terms, of course, the "people" are farmers. And it is my thesis that farmers are farmers throughout the world, whether Pashtuns, East Anglian barley barons or Japanese beef farmers. Their calling transcends nationality, ethnic background and religion. They are "wired" differently from the rest of us - they have their own universal "ethos". Treat them like farmers and they will respond.

Here, though, the greater problem is that a little bit of something is not better than nothing. Everything the coalition powers do in Afghanistan makes the situation, on balance, worse. And the harder they try, the worse they make it. The campaign breaches the primary rule of warfare: "don't lose".

In his latest piece, Yon says the Afghan war is one we can't afford to lose. There, he is right. But we are losing it and, as it stands, with billions of dollars draining into the sand to no effect – and worse – we can't afford to win it either. Urgently – desperately urgently – we need to find a way of winning, at a price we and the Afghans can afford. And the answer, as has been said before, lies in the soil.