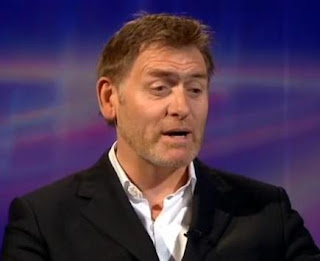 In what has been described as a "major embarrassment" for Gordon Brown, Eric Joyce, the parliamentary private secretary to defence secretary Bob Ainsworth, has resigned over the Afghanistan campaign.

An ex-Army officer serving with the Adjutant General's Corps, Joyce joined parliament in December 2000 after winning a by-election for Falkirk West. He recently gained the unenviable reputation for being the most expensive MP in the House, having claimed £187,334 in allowances and expenses in 2007-8. He was cited as the first MP to have claimed £1 million in expenses, and accused of evading capital gains tax on house sales.

Now, in a letter to the prime minister, he has called for an exit strategy for British troops in Afghanistan, writing that Britain needed to "make it clear that our commitment in Afghanistan is high but time limited". He added: "It should be possible now to say that we will move off our present war-footing and reduce our forces there substantially during our next term in government."

Joyce also warned: "I do not think the public will accept for much longer that our losses can be justified by simply referring to the risk of greater terrorism on our streets," going on to say that he did not think "... we can continue with the present level of uncertainty about the future of our deployment in Afghanistan."

He also criticised the contribution of other Nato countries in Afghanistan, adding: "For many, Britain fights, Germany pays, France calculates, Italy avoids."

The resignation comes ahead of a major speech by Brown at the International Institute of Strategic Studies on Friday, when he will seek to reinforce Britain's reasons for being in Afghanistan as opinion polls continue to show hesitant public support.

This is not the first time Joyce has broken ranks, however, having narrowly escaped a court martial in 1997, after publicly attacking the "snobbery and elitism" in the officer corps in an unauthorised article written for the Fabian Society.

The article also called for the setting up of an independent professional association for services personnel and an end to the recruitment division between officers and lower ranks. He then further provoked anger among the top brass by speaking publicly again, when specifically told not to - regarded by fellow officers as disobeying orders.

He was dismissed from the Army in 1999 after accusations that he was being protected by ministers. More recently, he escaped another sacking as Ainsworth's aide, having criticised the MoD for appealing against compensation awards for two servicemen, describing the action as "politically bonkers".

Reputed to be extremely unpopular in his own constituency, he is believed to be at risk of losing his seat at the general election, with some pundits suggesting his current motivation is more geared to personal survival than any great upwelling of principle. Brown's "embarrassment" may, therefore, be short-lived.