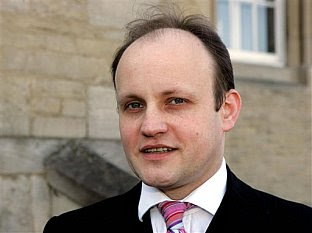 The Daily Mail chooses to wax indignant today at the MoD's attempts in the High Court to trim the sails of assistant deputy coroner Andrew Walker.

This was widely reported in yesterday's media, not least in The Guardian, The Daily Telegraph, The Times, The BBC, the Daily Mail and, of course, The Sun.

Needless to say, the media have couched the action in terms of the MoD attempting to "gag" this coroner, all the stories following a similar theme, to the effect that the Ministry is seeking to prevent details of soldiers’ deaths getting into the public domain.

Hence today does the Mail develop precisely that theme, asking: "Why does the MoD shoot the messenger?" Casting Walker as the "good guy" - and thus secretary of state for defence Des Browne as the man in the black hat – the paper tells us that, "Nobody has spoken up more powerfully than Oxfordshire coroner Andrew Walker for the welfare of British troops in Iraq and Afghanistan."

Again and again at his inquests, we are told, "he has refused to pull punches when he believes soldiers have died because of inadequate equipment or avoidable mistakes."

Having been cast as the villain, Des Browne is then painted as having been "stirred into action". Remarks the Mail:

So has he issued orders that henceforth no British soldier will be sent into battle without the right kit? … In a move that will anger and dismay millions, Mr Browne is seeking a High Court order to ban coroners from making critical comments about the MoD. How utterly, disgracefully typical of New Labour ministers: when they don't like the message, they try to shoot the messenger.

All the families want is for somebody to uncover the facts about their loved ones' deaths - a duty Mr Walker performs supremely well, the paper adds. "Does Mr Browne want lessons to be learnt from soldiers' deaths? Or is he interested only in protecting his own increasingly shabby reputation."

On the face of it, this paper – and the others which make the same points, directly or indirectly – might seem to have a reasonable argument. But then, they are far from impartial observers. For years now, they have fed off Mr Walker, faithfully transcribing his more lurid condemnations of the MoD into banner headlines.

But, when we first met Mr Walker, we viewed his verdict as "dishonest", remarking that what struck us was "the utter dishonesty and lack of partiality of the coroner". We were to meet Walker again, again, again and again, and what emerges is a pattern which amounts to a very specific narrative.

Mr Walker is entirely happy to find fault with the MoD (or the Americans) – especially where he believes there have been equipment shortages - and expresses himself in lurid language. But he seems to take great care to avoid getting to the bottom of issues, finding out what really went on, and where the problems lie.

However, despite this enthusiasm, he and his fellow professionals show a marked reluctance to come to grips with the "Snatch" Land Rover saga, evading the central issue as to why these notoriously vulnerable vehicles have been deployed – and are still in use in areas where they are manifestly unsuitable.

Here, far from being a man who "performs supremely well", therefore, Walker – and his colleagues have failed in their duty as set out in the Coroners' Courts Rules. The Rule 43 states, under the title: "Prevention of similar fatalities":

A coroner who believes that action should be taken to prevent the recurrence of fatalities similar to that in respect of which the inquest is being held may announce at the inquest that he is reporting the matter in writing to the person or authority who may have power to take such action and he may report the matter accordingly.

But, while they must also ascertain how, when and where the deceased came by his death (Rule 36), they are specifically barred from expressing "any opinion on any other matters". Rule 42 then tells them that: "No verdict shall be framed in such a way as to appear to determine any question of criminal liability on the part of a named person, or civil liability."

Here, Walker – seemingly concerned more with playing to the media gallery - has too often crossed the line. It is the job of the High Court to determine liability – not that of a coroner. The MoD is right to seek to restrain him from his excesses. Unfortunately, there is no similar remedy which can require him to do his job properly.