Valuable lessons have been learned 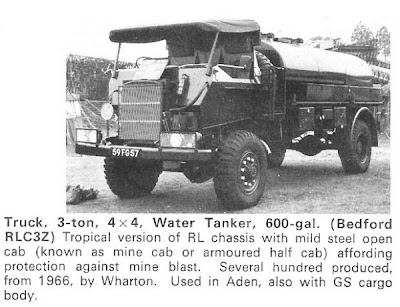 Both Wintertons were in evidence in Parliament today during defence questions, both asking their separate but related questions.

Bearing in mind our military commitments in Iraq and elsewhere, and the Army’s lack of medium-weight vehicles, will the Secretary of State confirm that future rapid effect system vehicle design will be based on current and foreseeable future operational requirements, and that recent lessons regarding troop protection will not be forgotten?

She was answered directly by Des Browne, secretary of state for defence, who replied:

I give the hon. Lady that assurance with regard to the design of the FRES, particularly its hull, to which she alludes and which is most important. Valuable lessons have been learned, as can be seen in the improvement of the vehicles supplied over the past couple of years, and will be taken into account.

Nicholas Winterton then followed up with this question:

Will the appropriate Minister give an unequivocal commitment that future FRES vehicles, which have, of course, to be air-transportable, will have monocock (sic – Hansard transcription) V-shaped hulls, which deflect blasts, leaving the vehicle repairable after it has experienced an explosion? That is critical to the safety of our armed services personnel.

I fully understand how important the hon. Gentleman's point is - and he knows why. In answer to an earlier question, I made it clear that I would expect the design of the hull to take account of our learning experience over the past two years in particular. I am not in a position to give the hon. Gentleman at the Dispatch Box the unequivocal undertaking he seeks, but he can rest assured that I consider the shape of the hull to be extremely important to the safety of the vehicle.

For Kremlin (aka MoD) watchers, these answers are intriguing. They could be taken to suggest that none of the three vehicles currently under consideration for the FRES utility vehicle contract are going to fit the bill.

On lessons learned, though, it would be helpful if lessons were not forgotten as well. The illustration shows a factory-built conversion of a standard Bedford RL 3 tonner, with what was called a "mine cab". It was used in the mid ’60s in Aden and also in Cyprus with the British UN detachment.

The embryonic "V-shaped" hull is there – not quite, but the idea of deflecting blast is clearly evident. What happened to the "lessons learned" then?