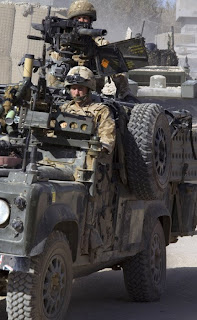 Troops from 40 Commando, Royal Marines, went out to Afghanistan last September and, with their six-month tour all but complete, they were due to return home over the next few days and weeks.

In what must have been very nearly if not actually one of their last active patrols, it was particularly cruel for two members of the Commando to have been killed by "what is thought to be a roadside bomb".

On the BBC website report, a spokesman for Helmand task force is cited, saying they were investigating the cause of the blast, which could not be established last night. But it is considered likely to have been a mine or an improvised explosive device, which could have been detonated remotely or by a pressure plate.

The oral report, delivered by the BBC's Alisdair Liethead, the mine reference only came in the later versions of his reports, which suggests possibly that this may well have been a mine. As to the vehicle, as always this is not specified. As far as we know, 40 Commando operate WIMIK Land Rovers, Pinzgauer Vectors and Vikings. Numerically, the odds point to a WIMIK. 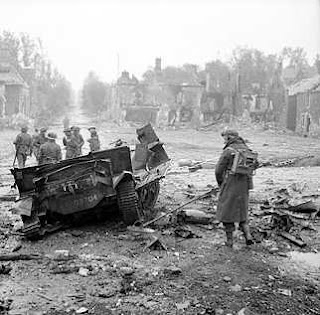 Liethead's report also refers to roadside and suicide bombs having been used increasingly in Afghanistan. This is something which has been long predicted, not least by Ann Winterton on Thursday 22 June 2006, when she asked, "what vehicles are our forces to be equipped with to counter the threat?"

Nearly two years on, it seems the answer is the same as it was then – most likely WIMIKs or Vectors – with the "promise" of the Supacat M-WIMIK some time in the future, but possibly – although we know not when – the Ridgeback. 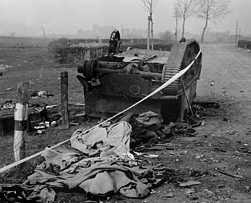 About these vehicles, we have made all the points before. We can add few more words to a case that has been made, again and again for better protected vehicles. It is an old problem, as these WWII pictures of Universal Carriers show – each destroyed by a mine. Over 60 years later, our troops are as badly protected.

We have made that point as well – but it is a point that will have to be made again, and again, and again, for as long as men continue to be blown apart by weapons which could and should so easily be countered.