An Army in denial 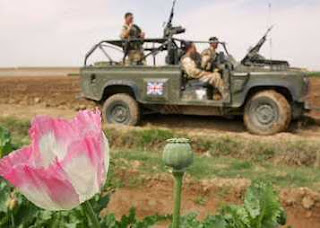 Given only a brief mention on the MoD website last July, The Daily Telegraph today gives fascinating insight into the less-publicised activities of the British Armed Forces in Afghanistan.

The paper's report recounts how a 16-man team Special Forces conducting a "snatch operation" to capture four Taliban leaders near Sangin were ambushed by a 70-strong force of Taleban as they attempted to extract from the area in their vehicles. They lost two of their number, Capt David Patten and Sgt Paul Bartlett, and another man was injured.

The Taleban destroyed one of the team's vehicles in the ambush, forcing the team then to flee the remaining vehicles, whence they became pinned down in an irrigation ditch. Capt David Patten was killed as the team tried to escape across the fields and the leader of the patrol was badly wounded by a bullet that went through his forearm. Sgt Paul Bartlett was shot dead as dawn broke, when he had made an attempt to get back to the vehicles.

All ended well, after a fashion, after the action of an unnamed member of the Special Boat Patrol who took charge and led the men in holding off the Taleban, manoeuvring himself into a position from where he could throw a grenade into the main enemy position. The thirteen fit men not only managed to hold off the Taleban until a Gurkha platoon arrived but killed dozens of the Taliban. 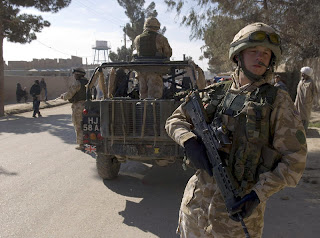 What is of remarkable about this incidents, from the view-point of this blog, is its similarity with the account recorded in The Sunday Times on 6 March. Then, a 50-man convoy had been ambushed and, once again, the modus operandi seems to have been similar, the Taleban destroying the lead vehicle and forcing the remainder (eventually) to flee their vehicles.

In both cases, the patrols were saved by the gallantry of one man – both, coincidentally who were awarded the Military Cross. But, as we remarked at the time, while this is wholly admirable, any Army which has to rely on such heroism is one that is seriously deficient.

The point, of course, is that in larger of the two incidents, the patrol was equipped with the desperately vulnerable WIMIKs and while the vehicle types in the second incident are not specified, most likely they were WIMIKs too, or even perhaps the "boy racer" M-WIMIKs, about which there has been some dialogue on the forum, particularly about the vulnerability of these vehicles to the Taleban ambush tactics.

With one poster arguing that:

WMIKs are used in the fire support group role, they do not even enter the villages, they remain on the outside, usually in positions which afford them a high vantage point so they can bring heavy weapons in support of troops on the ground … 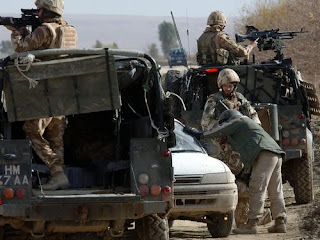 We have coincidentally a picture accompanying another story in The Telegraph (above left) which is of a WIMIK. No doubt unwittingly, it show the vehicle on a narrow track, bounded on one side by an irrigation ditch and the other by what we can infer to be soft, tilled soil (evidenced by the state of the vehicle's tyres). Effectively, the WIMIK is confined to the track and thus potentially exposed to a buried mine.

Now, it may be that this is an old, stock photograph – not least the vehicle lacks the Kevlar strap-on armour seen in contemporary shots – but the other two photographs shown here are not.

Clearly, there are issues here about the vulnerability of the vehicles our Armed Forces choose to use especially as 16 Air Assault Brigade are poised to take over in Afghanistan for the forthcoming campaigning season, bringing with them a batch of M-WIMIKs. Things are not going to get better as long as the Army remains in denial about the consequences of its choices.