A huge gap in capability 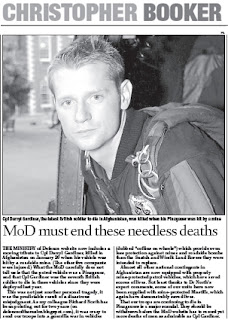 In his column today, Booker picks up on our story on the latest death in a Pinzgauer in Afghanistan, one which was also covered in The Daily Telegraph.

This is adding to the steady pressure on the MoD to replace these "coffins on wheels" and a further reminder that the main threat in Afghanistan in is fact the ambush, with the Taleban using mines or IEDs against coalition forces as their primary tactical weapon.

Significantly, the much-respected and ever-informative Defense Industry Daily also alludes to this, remarking on the transfer of Pinzgauer production to OMC in South Africa. Commenting on the BAE Systems press release, DID notes, as do we, that OMC's speciality is mine-resistant vehicles. This shift, DID adds:

…could certainly be seen as a tacit admission that mine protection has become a basic requirement for viable armored troop carrier offerings in the global marketplace. Admitting this outright would cast the UK Ministry of Defence's Pinzgauer 1 buy in a very bad light, however. By the same token, development of the Pinzgauer Mantis is also a tacit admission that the original vehicles were simply not adequate for the theatres in which they are being deployed, reinforcing the view that, in their choice of vehicle, the Army got it wrong.

In fact, this may point to a deeper malaise – a more fundamental failure of the Army to take the mine threat in Afghanistan at all seriously. That this should be the case is brought into high profile by a parliamentary question from the redoubtable Ann Winterton who recently asked the secretary of state for defence what pre-deployment training was provided for mine detection and personnel extraction from minefields.

Almost comically, defence minister Bob Ainsworth replied that all personnel undertake "extensive training" in mine awareness and minefield immediate action drills. But, this "extensive training" amounts to a 45 minute lecture on the threat of mines, specific to the theatre they are deploying to and "a 60 minute practical lesson (demonstration and practice) at identifying mines or potentially mined areas and how to extract themselves and their team from a minefield or mined area."

One can now begin to see why there was such a disastrous response to the mine incident we reported earlier, where seven soldiers ended up being seriously injured in one minefield, one later to die. 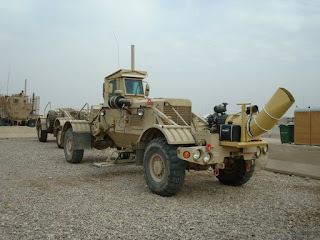 But, it seems, this blind spot does not end there. Elsewhere, we have reported that the Canadians have introduced to theatre sophisticated mine detection/clearance vehicle sets – based on the Husky - in order to deal with the threat. But, as we remarked, the British Army is behind the curve, not having acquired or deployed similar equipment in Afghanistan.

However, we now learn from one of our expert readers that, when operating as part of IFOR in Bosnia, the British Army purchased three Husky sets, known then as the Chubby system (based on NATO evaluation), presumably in late 1995/early 1996, after the Dayton Accord. Such was the urgency that the first two sets were despatched directly from the manufacturer via Johannesburg International Airport. 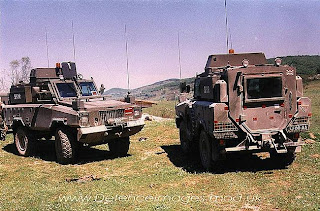 There is no record of this equipment having been deployed anywhere else by the British Army and nor is it certain that it has been retained on the inventory. But its use in Bosnia, together with the Mamba (pictured) for "route proving" and the development and purchase of the Tempest underlines the fact that, in the mid-late 1990s, the Army took the mine threat very seriously indeed.

And, while the Husky, with its full trailer rig is manifestly unsuitable for tactical deployment in the contested areas of Afghanistan, where reconnaissance patrols roam freely, it should be remembered that the Husky was developed from the Rhodesian Pookie, which was deployed tactically by Rhodesian forces. 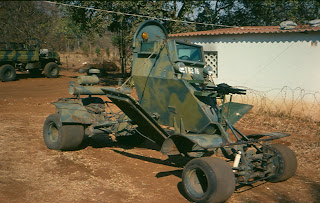 Even today, this remarkable machine is still in use and, while it has obvious limitations which might make it difficult to use in Afghanistan, its design provides an obvious model for the development of a more suitable vehicle.

Given the speed with which the Army reacted in Bosnia – basically writing the manual on dealing with mine threats, which other Armies were to copy – the absence of any response from the Army of today seems all the more incomprehensible.

It is as if the Army, having acquired the expertise, has turned its back on it and forgotten everything it ever knew – pointing to a huge gap in capability that is now being translated into the totally needless deaths and injuries of our troops.