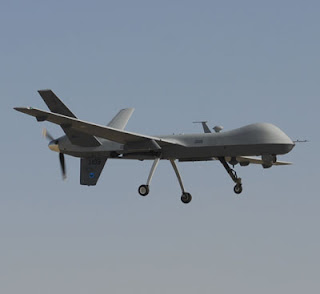 Reported by us in November was the arrival of the first of three British operated MQ-9 Reaper Unmanned Aerial Vehicles (UAVs) in Afghanistan. And, so impressed have been the military with their performance that now, the MoD is bidding for an additional ten.

The total package cost, including the sensors, communications equipment and nine Lynx ground scanning radar sets, technically designated as "Synthetic Aperture Radar/Ground Moving Target Indicator (SAR/GMTI) systems" – complete with support and training – is in the order of £500 million. This makes the package a considerable and welcome investment in the Afghanistan campaign.

The event is covered by The Daily Telegraph today, which notes that (with satellite relays) the aircraft could be directed by an operator in London, and "can drop laser-guided bombs or missiles on to Taliban targets". 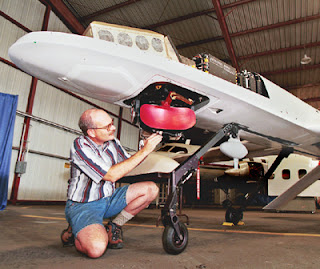 It is also covered in detail by Lewis Page in The Register, who notes the "interesting bells'n'whistles on MoD shopping list", including the Lynx ground scanning moving-target radar (pictured). This equipment is, in fact, is incredibly sophisticated kit, configured to produce high resolution imagery akin to high-resolution photographs (pictured below left).

With a range of up to 50 miles, it also has all-weather capability, with the ability to penetrate fog (a problem at Musa Qala), cloud and even dust storms. And such is the sensitivity that it can even detect "small surface penetrations" such as footprints in a soft terrain. 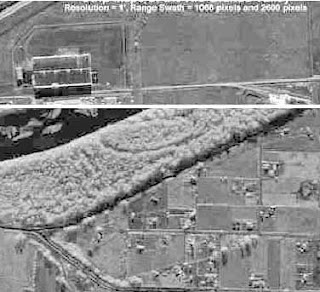 When it comes to equipment, this is simply the best there is of its kind and, while the Telegraph makes great play of the Predator's weapons-carrying capabilities – calling them "drone bombers" from the look of the package, it seems these UAVs are to be used primarily for surveillance.

What both the Telegraph and the Register miss, therefore, is that these unmanned aircraft partially replace and certainly supplement the hard-pressed Nimrod MR2 aircraft currently deployed on Afghanistan. That the MoD should be seeking to purchase them so soon after the Nimrod inquest is probably not a coincidence. One question that could be asked, therefore, is why this capability was not sought earlier. 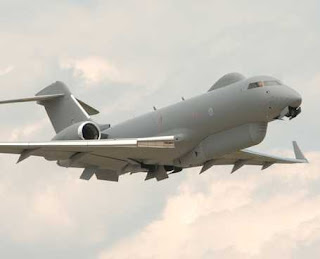 Another interesting thought is that these UAVs offer a not dissimilar capability to the RAF's Sentinel R1, the so called "Airborne Stand-Off Radar" (ASTOR).

Although ordered in 1999 – at a procurement cost of just over £1 billion - with the five scheduled for delivery by the end of last year, operational deployment is not expected until the end of 2008. But it is understood that there are some development problems with the aircraft, and this may explain why the current batch of Predators is to be procured under the Urgent Operational Requirement system.