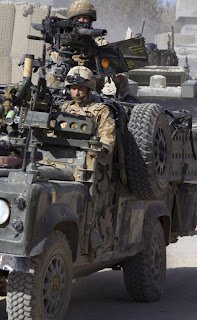 British troops casualties, for the moment, remain mercifully low, reflecting the lower intensity of operations in Iraq and the seasonal lull in campaigning in Afghanistan. There is also, most decidedly, an effect attributable to the introduction of the Mastiff protected vehicles, which are acknowledged life savers.

It is thus the case that the more recent casualties have not occurred during direct engagements but in ambush scenarios, either through mines or IEDs – a phenomenon we have observed in the Canadian sector. And those deaths that do occur have often been attributable to the inadequacy of the vehicles with which troops are equipped.

Fully aware of the sensitivity of this issue, however, the MoD – pending the introduction of new protected vehicles, the details of which we are still awaiting – have come up with the disarmingly simple expedient of simply not identifying vehicle types when they report deaths.

This was the case with the most recent death in Afghanistan, that of Sergeant Lee Johnson, on 8 December. In this case, as so often, he was killed by an "explosion" while travelling in a vehicle, but the type was not disclosed and it was only in a subsequent Sunday Times report that we learned that the vehicle had been a Pinzgauer Vector. 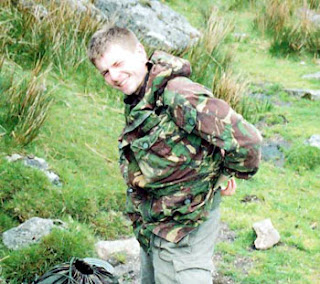 Days before the death of Sergeant Johnson, however, there had been reported – on 5 December – the death of another soldier in Afghanistan, Trooper Jack Sadler of the Honourable Artillery Company. He had been serving with the elite 4/73 Special Observation Battery, Brigade Reconnaissance Force, while on a gap year between successfully gaining a degree in war studies and entering Sandhurst.

Again in the official report of his death mention was made of a vehicle being "caught in an explosion" but once again there was no mention of the type.

Thus, the death of a promising young man was recorded but, with details of his and other soldiers' deaths being withheld, no outside observer was able to build up a picture of how the Army equipment programme was failing our troops. And with no such information available, media interest was short-lived and confined to the facts of individual cases, with no general inferences being drawn. 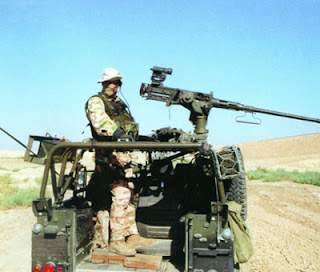 However, the truth will out and we have recently learned that Trooper Sadler was riding in a WIMIK Land Rover. Not only that – as with the now celebrated Lance Bombardier Ben Parkinson who lost both legs and suffered terrible injuries when his WIMIK hit a mine – Sadler was the machine gunner, manning the weapon in the rear of the vehicle.**

With over a month passed between his death and the emergence of this detail, though, we are dealing with "old news" and the media will have little interest in the case. But here we have, yet again with dreary predictability, another totally unnecessary death. And the fact that it was so unnecessary, occasioned by completely inadequate equipment, has passed by the media, kept in the dark by the MoD.

Behind the scenes though, there is a growing band of relatives – mainly parents and wives – who have seen through this subterfuge. Rightly, they are angry and, like us, they want answers. They will not be denied.

** The vehicle shown is Italian-operated, but it shows clearly how little protection there is. In this case, the gunner seems to be standing on some bricks, possibly placed to afford some protection from mine blasts. In Rhodesia, Aden and elsewhere, it was common practice to line vehicle beds with sandbags for that purpose.