A gap in the market 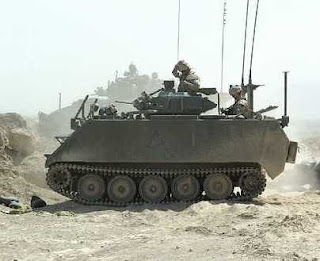 After a prolonged Christmas break from defence issues, we return with a report from the Canadian Globe and Mail which may have profound implications for our defence planners generally, and especially those concerned with the Future Rapid Effects System (FRES), an announcement on which is expected sometime early in this year.

The report is of yet another tragic IED outrage, headed, "Roadside blast kills Canadian outside Kandahar", noting that this was the first casualty which occurred at the very end of December – since mid-November.

That in itself is a testament to the Canadian efforts to detect IEDs, not that this was any consolation to the soldier who was killed and the four others injured as their convoy was heading back from the front lines for a long-awaited New Year's break.

One significant issue from the point of view of our own planners is that the vehicle in which the troops were travelling was a TLAV (Tracked Light Armoured Vehicle - pictured), an upgraded M-113, very similar to our own F432, on which the Bulldog is based. 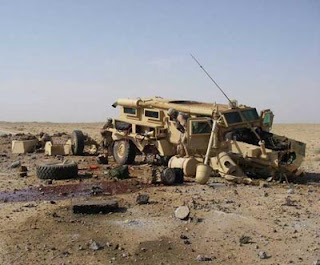 This reaffirms yet again the vulnerability of "conventional" armoured vehicles to IEDs and – as so often – we do not have any details of the nature or size of the bomb, we can assume that because one soldier was killed and the others survived (apparently, the other four casualties suffering light injuries), this was probably survivable in a better-armoured MRAP such as the RG-31 or Mastiff/Cougar.

Another significant issue is that this convoy was hit as it was conveying troops from their forward operating base back to their main base, where they were due to get a few days rest and relaxation.

The Globe and Mail report describes the roadside bomb attack as speaking to "the kind of invisible enemy the Canadian Forces face as they push deeper into insurgent territory in the south." Insurgents, the paper adds, often prefer to fight by stealth rather than along front lines.

This is becoming something of a trend as we see remarkably light casualties suffered during actual operations, the main burden being suffered as troops travel to and from the fighting areas, along relatively predictable routes. Thus, while the vehicles in which troops travel may be adequate for the specific operations they conduct, they do not appear to be affording the protection needed during transit. 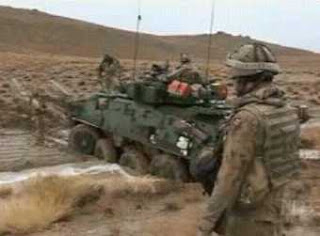 What is especially significant here is that the TLAV was introduced in theatre by last year as a partial replacement for the wheeled LAV-3s, as well as Bison armoured carriers deployed by Canadian forces. One reason for this is that the harsh environment and the operational load has caused excessive wear on the vehicles, so extensive that many are having to be returned to Canada for extensive maintenance, amounting virtually to complete rebuilding.

This, incidentally, is going to be a major issue with British forces in the coming year, as much of the equipment in use is suffering similar deterioration and is going to require similar extensive maintenance, denting the already stretched defence budget. 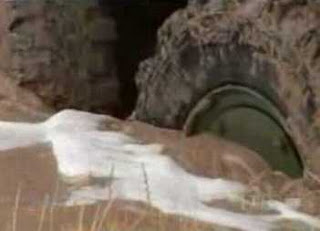 That the TLAVs were available, therefore, meant that they could be quickly deployed, but there was another reason. The wheeled armoured vehicles, were apparently having some difficulties in negotiating the rough terrain in theatre, and in particular, found some of the irrigation ditches which criss-cross the area almost impassable (pictured, above and right). The provision of tracked vehicles, with their better off-road performance, was therefore seen as a tactical necessity.

This move has been much applauded with attention drawn to an article comparing the relative merits of tracked and wheeled armoured vehicles.

The upshot is that where a vehicle's mission requires off-road usage greater than 60 percent and gross vehicle weight exceeds 10 tons, a tracked configuration is preferred for combat roles. Furthermore, tracked vehicles, by design, are inherently more compact than wheeled vehicles, giving them a smaller silhouette, enhancing their survivability in a conventional battle. 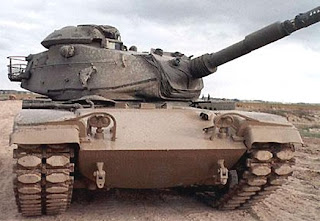 It is that very compactness, though, bringing them closer to the ground, which makes them vulnerable to IEDs. As much as anything, it is the high ground clearance of the MRAP, with its v-shaped hull, which gives protection, the force of the explosion attenuating with the square of the distance. Additionally, while an explosion can shatter a track, leaving a tracked vehicle immediately immobile, MRAPs with their run-flat tyres often can survive explosions with some (limited mobility), sufficient to drive clear of the killing zones.

Pity the poor defence designers then. For conventional operations, their best option is a low-profile tracked vehicle. For counter-insurgency work, where the IED is employed as a major weapon, they need a wheeled vehicle with high ground clearance, giving the profile of a London bus. But, since – and especially in Afghanistan - vehicles can be used for both types of operation, there is no such thing as an optimum design. 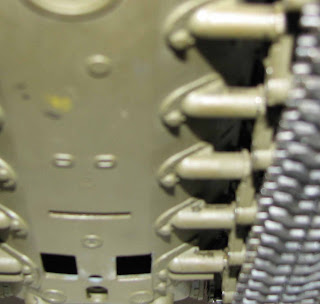 Certainly - and here is the rub with FRES – there is no such thing as a dual-purpose design. If it is good for one role, it has to be, by definition, inadequate for the other. And a compromise design means its it sub-optimal for both.

However, if we go back in time, one of the major US tanks in the immediate post-war period was the M-48 which was developed into the M-60. That was considered a less than optimal design for its height, the reason being… a v-shaped hull (pictured - underside is of a model). In that, even in Afghanistan where some of the fighting approaches that of conventional warfare, tactical concealment is rarely an issue, which suggests a deploying a high-profile tracked vehicles would not be unduly problematic.

Given the fate of the Canadian TLAV, of Bradleys and Warriors in Iraq, and USMC Amtraks – and Vikings in Afghanistan - it seems there is a gap in the market for a tracked MRAP along the lines of the M-48/60 design.