The fog of war 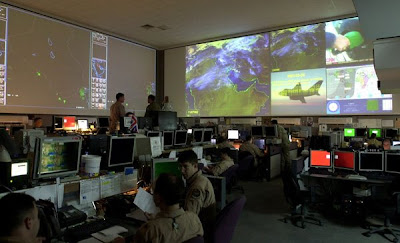 If the United States acceded to president Hamid Karzai's demands, then military intervention in Afghanistan would come to an abrupt halt. That surely would be the effect of halting US air strikes in his country, which Karzia is currently demanding, in the wake of the reported civilian deaths last Monday after the bombing of villages in the Bala Baluk district of Farah province.

Without air support, there can be no prospect of US or any coalition forces – which rely on US air power – prevailing over the Taleban or even being prepared to risk their troops in the field.

Yet Karzai is apparently serious, having made his demand in an interview with CNN in Washington, after Farah province deputy governor Yunus Rasooli had told Reuters that residents of two villages hit had produced lists with the names of 147 people killed.

The issue of civilian casualties is a source of great friction between the Afghan government and the US, and Karzai told CNN's "Situation Room" that, at the beginning of the seven-year-old war that ousted the Taleban, Afghans had tolerated air strikes. But mounting civilian deaths had eroded that understanding. "We cannot justify in any manner, for whatever number of Taliban or for whatever number of significantly important terrorists, the accidental or otherwise loss of civilians," he said.

Following this, a joint US-Afghan investigation has now conceded that an unspecified number of civilians did die in the bombing. But the initial findings, released yesterday, appear to blame the Taleban for using "human shields."

Here, the US is at something of a disadvantage. When the team of investigators visited the villages, they saw two mass graves and one burial site with seven individual graves. However, they were unable to determine which of the casualties were Taleban and which were noncombatants. All those killed had been buried, and exhumation would be unacceptable. Thus, it will never be possible to determine an accurate body count, the numbers of Taleban and villagers killed, or the precise cause(s) of death.

What is missing from the latest reports though is any repetition of the suggestion that the Taleban may have murdered some of the villagers in order to claim a US bombing "atrocity", although that accusation may re-emerge at a later date.

If it turns out, though, that the parties agree on an inadvertant killing from US bombs, arising because the civilians were used as human shields, this in itself will be of little assistance to the US authorities, strugging to contain the growing tension over so-called colateral damage.

Furthermore, given the political sensitivities, the possibility that this might have occurred raises important questions, not least because – if we take the US military at its word – this type of incident should not happen.

That much comes from USAF Col Eric J Holdaway. During a recent teleconference, the proceedings of which were in part published by the Washington Post, he emphasised the awareness of the problem, noting the US was confronting "… enemies that not only hide amongst the population but also will open fire on our ground forces from amongst the population."

To reduce the possibility of killing innocent bystanders, Holdaway says, full-motion video from UAV platforms like Shadow and Predator and Warrior Alpha is used to reduce "the element of the unknown", such as "is there likely to be someone in that building … that is a noncombatant, or not?" The prefence is to get the enemy out in the open, where risks to civilians can be avoided.

Before any strike, Holdaway tells us, a collateral-damage analysis is performed "based on where the target is, what is near it and the destructive potential of the weapon that we're planning to employ." However, he concedes that it does not always work that way, when the counter-tactic of human shields is employed. "You'd almost call it Taliban air defense," he says.

When the United States is initiating the attack, he claims, "we can afford to be patient. And if we lose an opportunity, we can be patient ... keep working on the target and eventually get another opportunity."

But, he admits, when the strike is in response to American troops calling for help while under fire from a building, "unfortunately, in more than one situation ... in the aftermath, we find that there were noncombatants in there with the insurgents." Nevertheless, he does also claim that, "Some form of positive ID" is needed before missiles are fired or bombs are dropped.

Control of strikes is undertaken from comprehensive ground facilities such as the Combined Air Operations Centre pictured above – this one used in 2003 during Operation Iraqi Freedom. But, most instances, the final clearance on releasing ordnance is made by the ground-based Joint Tactical Air Controller (JTAC), the man on the spot who is able to confirm the nature of the target and that weapons delivery will conform with rules of engagement.

Here, one wonders whether the man on the ground, whether the JTAC or his immediate commander, is always the best person to make the decision, bearing in mind that they may be in the thick of the action, stressed, emotionally charged, and with limited visual perspective.

Revisting the piece we wrote last month, and especially the forum discussion, the thought occurs as to whether there should be an additional layer of control, slightly – but not completely – detached from the fray, perhaps in the form of a command aircraft, such as J-STARS, or even the old-style Forward Air Controller, operating from a light aircraft orbiting the battlespace.

There are obvious disadvantages to such an arrangement and, with the presidential elections coming up, Karzai may be indulging in electoral politics. He will no doubt be induced to step back from his demand, making further controls less needed. Nevertheless, there will come a limit to the tolerance of repeated civilian deaths, while the Taleban will continue to exploit the propaganda opportunites afforded by such incidents – with the aid of some sections of the Western media.

In the past, these could be blamed on the "fog of war". Now, there are systems which could be used to penetrate that fog. Given the dire political - to say nothing of the humanitarian - consequences of an ill-judged decision, they must be used.