This Sunday saw Sean Rayment, defence correspondent of The Sunday Telegraph, do what he does best, reporting on the ground, the first of his two pieces bearing the entirely predictable headline: "Afghanistan: British troops face huge rise in Taleban bombs".

So widely has this been predicted and expected (see left - click to enlarge), though, that it could hardly qualify as news.

It is, however, useful to have the quotation from Major David Ashman, who commands the Joint Force Explosive Ordnance Disposal Group. This is the group which is responsible for defusing IEDs and unexploded bombs, and he conforms that IEDs were now "the main killers" of British troops. He says: "The reality is, the Taleban have switched tactics. They simply were losing too many people in conventional fighting. IEDs allow them to attack us from a distance and in relative safety."

Such is the scale of the change that, between April and last month, British troops encountered 150 IEDs, compared with 90 in the previous six months. The rate of attacks has risen fivefold, from 15 a month to 75.

Clearly, even with minimal equipment, British forces have developed considerable expertise in dealing with this threat, the casualty rate fortunately not reflecting the level of attacks. 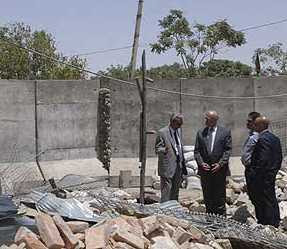 But, while one would expect the Taleban to target coalition forces, they are also attacking economic targets – as indeed was the Indian Embassy in Kabul (pictured, right), which last week took a major hit from a suicide bomber, killing 41 people and injuring more than 140.

Even though the Indians do not even field any troops in the region, they are major players, having pledged US$750 million to Afghanistan's reconstruction since 2002. Today they are the fifth-largest bilateral donor in Afghanistan after the United States, Britain, Japan and Germany.

The amount of aid they have offered, and the effectiveness of the activity – which includes substantial private investment - makes them an important target. Their contribution to the stability and prosperity of the country runs entirely contrary to the objectives of the insurgents - and their sponsors.

What also comes over from recent events is the scale of "conventional" fighting, something of which emerged from the report of a friendly-fire incident, when nine Paras in close contact with the Taleban were wounded by a misdirected attack from an Army Air Corps Apache helicopter during a firefight.

Much further north, the US forces were also attacked, with nine killed in what is slated as "one of the deadliest against US forces in Afghanistan since the military campaign was launched in 2001."

Even before this, Captain's Journal blog was commenting on the "escalation". It cited the Washington Post in this context, which noted that:

Each year since 2002, the number of US and allied troops in Afghanistan has grown. And each year, during the "fighting season" of spring and summer, the number of attacks by the Taliban has also increased, prompting commanders to conclude that still more troops are needed.

Captain's Journal definitely buys into the idea that more troops are needed and, after the successful recovery of Musa Qala and Garmsir – with substantial assistance from US formations, it is hard to argue that there is a "critical mass" needed if territory is to be wrested from the Taleban and the coalition forces are to maintain a presence on the ground. That, it would appear, looks set to happen.

On the other hand, it is becoming clear from the scale of fighting that continues in the environs of Musa Qala that the are is far from pacified. Coalition forces face the nightmare of expending huge resources merely holding the ground – as Air Chief Marshall Sir Jock Stirrup puts it – "for a few years". 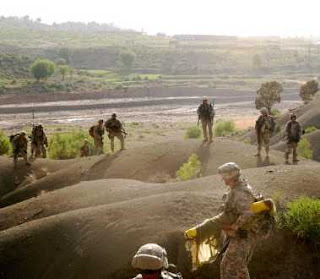 In the growing asymmetric phase of this campaign, however, this positions coalition forces as "targets", exposed to the steady toll of attrition for which our modern democracies are ill-suited to resist. Soon enough, without any obvious signs of progress and no clear-cut victories, the pressure to scale down the military and then to withdraw will become very difficult to resist.

What is particularly depressing, therefore, is a long piece in the weekend Herald which recounts the, "Battle to break the grip of Taliban terror in Musa Qala," centred on the battle for "hearts and minds" which we cannot win and should not even attempt.

Not least, there is the never-ending spectre of collateral damage, the latest episode being recorded last week when a US air strike killed 47 civilians, including 39 women and children, as they were travelling to a wedding in the village of Kacu in the eastern Nuristan province of Afghanistan. 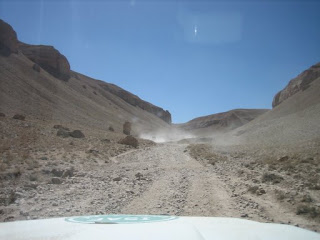 Another piece of depressing news, garnered via a Parliamentary Question from Ann Winterton is that in the last two years, UK Royal Engineers have repaired, reconstructed or constructed only 25 miles of road in Helmand province, carried out by project managing locally employed contractors.

This really does reinforce our view that too little attention is being given to fighting the peace without which, in our estimation, we cannot win the campaign.

Thus, while more troops will undoubtedly be welcome, in many senses, they will be the wrong sort. Rather than more over-extended infantry formations, we need to see combat engineers, capable of holding their own against Taleban attacks, while able to focus on infrastructure projects such as the sadly neglected road-building programme.

Here, the scale of the problem is beginning to emerge. While the donor nations make pronouncements about the amount of work done, claiming that over 2,500 miles of road have been repaired or refurbished, the length of the road network in Afghanistan extends to just over 25,000 miles. The actual work completed therefore amounts to little more than ten percent.

Furthermore, owing to the poor standards of some construction, major disrepair is being suffered on some routes (for instance, the road from Sar-e Paul province and Shiberghan, the capital of Jawzjan province). This raises the prospect of roads deteriorating faster than they can be rebuilt or repaired, especially as the annual road maintenance budget is estimated as $116.7 million, much of which is unfunded.

Coincidentally, on our sister blog, we give two examples of the vital role of infrastructure works in developing countries, in Zambia and the Congo. What applies here must apply with just as much force to Afghanistan. 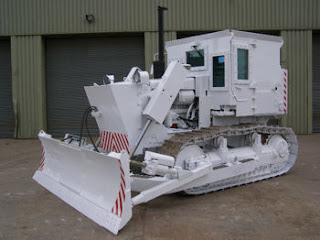 In emphasising this, we have, to an extent, crossed the Rubicon. Having devoted the time and energy to looking at the bigger picture, somehow the details of specific equipment – very much the standard fare of this blog – begin to look less important. In fact, rather than specific military kit, we tend to take the view that we need more bulldozers (armoured or otherwise) and road graders than we do tanks, Mastiffs and other weapons of war.

More than even that, though, it seems we need a change of attitude, the fundamentals of which we set out in our piece on Zambia, recognising that the battle will be fought and won not by military prowess but by delivering on the lasting peace and prosperity than can only come when a properly devised reconstruction programme is fully integrated with the military effort.

And, despite the best intentions of our troops in the field, this we see no signs of materialising.
Posted by Richard at 00:13