Ahead of the game? 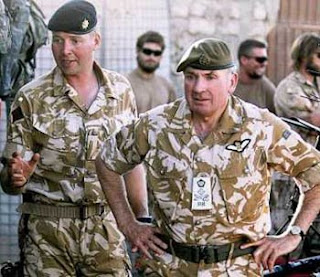 It would be entertaining to take a sarcastic view of the much-trailed speech to be given by General Sir Richard Dannatt this evening on the importance of reconstruction in the armoury of the modern soldier.

We could so easily offer the jibe, "nice of you to catch up", remarking that we have been banging this drum for some little time, the work based on the gradual realisation that the war in Afghanistan will be won or lost not by the force of arms but by the success of the reconstruction effort.

However, to do so would not only be unfair, but facile. As one of the pieces which trails the speech – this one in The Daily Telegraph - points out, there has already been some "friction" between the military and civilian reconstruction teams, and there is and has been a genuine concern in the corridors of power about the lack of progress in this department – an issue we highlighted yesterday.

Thus, Dannatt intends to propose "a shake-up of the way the Army trains its personnel and runs its operations, to put more focus on reconstruction and development work." And The Telegraph tells us that his suggestion "comes amid concern in Whitehall about the way the British military mission in Afghanistan is fitting into the wider Western effort to develop that country's government and economy."

British generals, the paper says, insist they are making progress in the military battle against the Taleban, but doubts remain about how effective Western development work is. Only a fraction of the billions of pounds spent on development in Afghanistan ever reaches local projects.

Far from "catching up", therefore, Dannatt is articulating the growing concern which has been troubling for some time the many thinkers within the military, political and civil service establishments, as they struggle to work out a vade mecum which will deliver the real progress that is so desperately needed and has yet to be apparent. 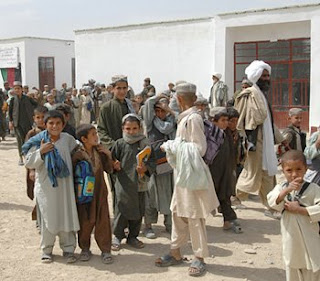 Interestingly, what Dannatt is doing is building on the tradition of the "soldier administrator" which formed the bedrock of Empire, where young men – often our best and brightest – were sent to the far-flung corners of Empire to take up enormous powers and responsibilities as "district commissioners" and the like, exercising military and civil control over vast regions, bringing peace, stability and, very often, prosperity.

Thus, Dannatt is calling for the armed forces to consider creating a permanent body of "stabilisation specialists" who spend their careers working to rebuild countries such as Iraq and Afghanistan. Increasingly, he is due to say this evening, soldiers are finding that they have to add civilian skills - from town hall administration to banking - to their traditional combat capabilities.

So important are these skills that the forces should now look at the feasibility of developing "permanent cadres of stabilisation specialists" who would specialise in training and mentoring the local military in former conflict zones.

Officers in such a body could typically spend "a tour with indigenous forces, followed perhaps by an attachment to DfID (Department for International Development) overseas, or a local council at home, or a police force in Africa or elsewhere."

This is good stuff and, if translated into policy, represents an important shift in thinking. Much of the Army training still concentrates on training for "grand manoeuvre" attuned to the needs of protecting Europe from a Russian invasion in the event that the Cold War turned "hot".

Recently, Ann Winterton asked a Parliamentary Question on how much training time for future officers at Sandhurst comprises counter-insurgency tactics and operations, to be given the answer that, "Approximately 17 percent. of the 44 weeks of instruction an officer cadet receives at the Royal Military Academy Sandhurst is devoted to counter-insurgency tactics and operations."

These, we are told, "are known as stabilisation operations at Sandhurst. The teaching is conducted in a variety of ways including theory, demonstrations, practice periods and two field exercises."

Thus, although many officers coming though the system will spend one hundred percent of their active careers on "stabilisation operations", a mere 17 percent of their training is devoted to this activity.

However, while we can thus applaud Dannatt (rare enough for this blog), without wishing to damn him with faint praise, we would also aver that he is either not going far enough or missing the point. In our own analysis, we have stressed the need for hard-edged infrastructure works, in particular roads, as the fundamental core of nation-building. 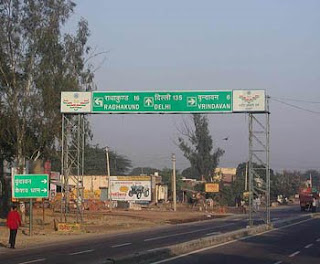 Interestingly, as part of our general background research, we happened on a piece published in the New York Times dated 4 December 2005 – a feature on the building in India of the major new highway from New Delhi to Agra. Apart from the intrinsic value of the work, the piece tells us: "Nationalists also hope the highway will further unite a country that is home to 22 official languages, the world's major religions, a host of separatist movements, and 35 union territories and states, many more populous than European nations." It continues:

On the highway from New Delhi to Agra, where the Taj Mahal floats over a grimy city, homelier but no less enduring relics line the route. Kos minars - massive pillars that once served as markers - invoke India's last great road-building effort. It was five centuries ago.

The Moguls, whose empire stretched into central Asia, understood the importance of transport links for solidifying empire. Most famously, Sher Shah Suri, who ruled in the 16th century, commissioned the Grand Trunk Road along ancient trade routes.

The British who began colonizing India a century later also understood that imperial rule required physical connection, not least for moving the raw materials, like cotton, that made empire profitable. But they cemented their rule in the age of the steam engine, laying railways rather than roads across the subcontinent.

Elsewhere, however, my co-editor stresses the need for "soft" development projects such as schools, and I would not disagree. But it is a matter of priorities.

There is no point, in my view, in building schools in villages where there is no electricity to light the rooms or power the equipment, where the communities cannot afford the books and equipment, cannot afford to hire the teachers on living salaries, and then cannot finance the maintenance of the buildings that have been so generously provided.

Something of that dynamic came across in The Times yesterday, where Anthony Lloyd reported of Musa Qala. The electricity supply, he wrote, though improved over the past month, is still worse than it was under the Taleban. Locals say that it now generates between three and five hours of power every four days, as opposed to the one day off, one day on supply they had during Taleban rule. He then adds:

The health clinic, yet another British project (£115,000), provokes similar comment among locals. The Afghan head of the Health Department has not been able to approve the clinic for use, despite three visits, as there is no running water and no electricity, few doors are in place and the plasterwork crumbles. The contractor, who was due to be dismissed two days ago unless he had rectified the problem, had allegedly multiplied material prices threefold between what he actually paid and what he charged.

This is not "redevelopment". It is madness, a collective madness born of wishful thinking, good intentions and poor execution. And it does more harm than good.

That said, although we have emphasised the role of roads, there are three major infrastructure priorities: roads, electricity and telecommunications – the three pillars on which any modern society is based and upon which it entirely depends.

And there, in Musa Qala, eight months down the line, the development agencies are as yet unable to guarantee an uninterrupted electricity supply, making a mockery of any pretensions of bringing long-term benefits to the town. Are we really saying that, over eight months, installing a reliable electricity supply is beyond our capabilities? That is certainly the message we are giving to the residents. 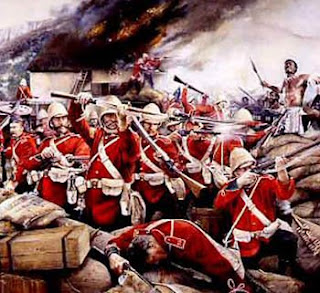 That they need to be in uniform is a compliment to our Armed Forces. Of all our government institutions, they are perhaps the most capable, the most task-orientated and the least corrupt. It is fruitless relying on the fabric and infrastructure of a failed nation like Afghanistan to provide the wherewithal to kick-start its own reconstruction, relying on corrupt and inefficient contractors. Instead, we need the likes of Lieutenant John Chard, of No. 5 Field Company, Royal Engineers, who arrived at the soon to become famous location of Rorke's Drift to repair the pontoons across the river and stayed to lead the epic defence of the station.

The Army, therefore, needs to take a direct hand. It can employ local labour, of course – as it did in days of Empire – but it must plan, execute and defend the primary phase of reconstruction. Then you can build your schools, your clinics, your outreach centres and all the rest, confident that the occupants can reach their new buildings and that, when they turn on their newly fitted switches, the lights go on.

That, surely must be Dannatt's priority and, if all he has in mind is his "stabilisation specialists", then we still have a long, long way to go.