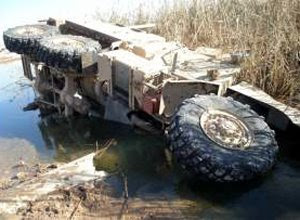 For every solution, there is a problem – an aphorism which applies as much to the famed mine-resistant ambush protected (MRAP) vehicles as anything else.

Predictably, therefore, as the use of MRAPs becomes more common in Iraq and Afghanistan, the limitations of the vehicles are becoming more apparent, leading to a rash of articles bringing these to the fore.

One of the first of the recent batch found its way into the Army Times magazine in early July following the unfortunate death of three Green Berets who drowned when their RG-31 MRAP vehicle rolled into a river in Afghanistan. 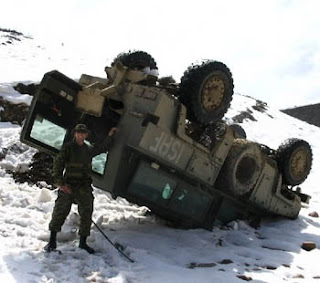 The deaths, reported Army Times "come amid growing concerns about the threat of catastrophic rollovers in the military's silver bullet solution to improvised explosive devices.

The magazine thus refers to two military reports issued in June which indicate growing problems associated with the MRAPs' potential for rollover - as well as electrocution, when the vehicle snags low-hanging power lines - and "an emerging threat from the vehicle's glass dissolving into a cancer-causing powder when struck with explosively formed projectiles."

On the other hand, it concedes that the move to a heavily fortified personnel carrier has been credited with saving scores of American lives, but it then notes that the vehicles have also prompted a series of reports highlighting potential shortcomings with the MRAP, including its potential for roll-overs

For instance, a report published on 13 June by the Marine Corps Centre for Lessons Learned, written by Col. Monte Dunard, indicates concerns about the bulky, top-heavy vehicle rolling over in combat zones. Of 38 MRAP accidents between 7 November and 8 June, only four did not involve a roll-over. Many of the incidents ended with troops suffering injuries, and on 23 April roll-over led to the drowning death of two soldiers.

The report suggests that conditions leading to the 23 April incident appear to be common. The weight of the MRAP, up to 30 tons depending on the model and equipment upgrades, prompted the road to collapse and the MRAP to roll over into a canal.

"Road shoulders in the Middle East," it says, "do not meet U.S. standards and may collapse under the weight of the MRAP, especially when the road is above grade and can fall to lower ground (ditches and canals) … Nearly 75 percent of all rollover crashes occur in rural areas."

What this report does not do, however, is put the problem in context. Roll-overs are not uncommon with a wide range of military vehicles, and in the British Army, incidents have been reported with Land Rovers, Pinzgauers and even Warriors. And nor are these incidents confined to combat areas. A news report of today's date recounts how a Royal Marine has died and another was seriously injured after their Land Rover overturned during a training exercise at Lulworth Firing Range, near Weymouth, Dorset.

Not a few of the MRAP incidents – as with other vehicles – are due to carelessness or lack of experience of their drivers, hence the Marine Corps report offering practical advice for avoiding MRAP rollovers. It advises drivers to "reduce speeds when negotiating turns. Avoid sudden vehicle maneuvers, overcorrecting or excessive steering that can result in loss of control that may cause a maneuver initiated rollover." 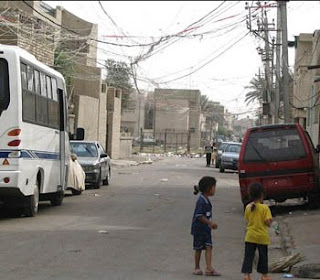 However, roll-overs are not the only problem and the 13 June report also highlights problems associated with the vehicles' height, which can reach up to 16 feet when including antennae. Power lines, sometimes hung as low as 11 feet off the ground, can snag on a MRAP and may lead to electrocution. "There have been … instances of electric shock when the vehicle's height causes them to be close enough to power lines to create an electric arc."

Not only is it dangerous due to the potential for rollover or electrical shock, but counterproductive to the effort to win over hearts and minds with local residents when the vehicle accidentally pulls down power lines. Its massive size often is often seen as menacing, further straining attempts to establish and maintain good relationships.

Here, again, this is not a problem confined to MRAPs, with even HUMVEEs reporting problems with low hanging wires. Military heavy goods vehicles, shipping standard containers, have also experienced difficulties navigating streets with low hanging cables. Interestingly, this problem too is not confined to either Iraq or Afghanistan. 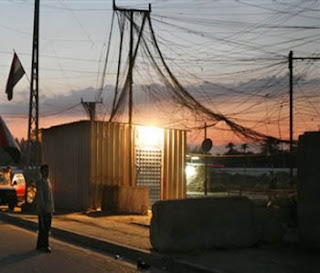 Outside combat areas, however, there is a certain element of disconnect here. If the roads are not capable of taking MRAP vehicles safely, or bridges cannot support their weight, there is an obvious answer: rebuild or improve the roads and bridges. As we have noted previously, the road rehabilitation programme is being dangerously neglected. The same goes for the electricity system.

However, another complaint is well made - many troops in Iraq observing that MRAPs were not well-suited to the terrain or mission. They cite the vehicle's size as too big for operations in the narrow confines of Iraqi cities and too heavy for the narrow and crumbling roads. And, what applies in Iraq applies even more so to Afghanistan.

In their own "can do" approach to problems, though, the Pentagon is already responding to this problem, specifying the lighter RG-31s and are looking at lighter, shorter vehicles with a better turn radius. Are we to see the Cheetah being taken seriously?

The other issues are also being raised, from toxic residues when the vehicles are hit by an EFP, to injuries arising from the lack of passenger restraint, are far from being insoluble.

And, as one sergeant in the 101st Airborne in the region south of Baghdad remarked, "I'd rather get hit by an IED in an MRAP than a Humvee any day." Problems there are but, on balance, the MRAPs are solving more than they are creating.