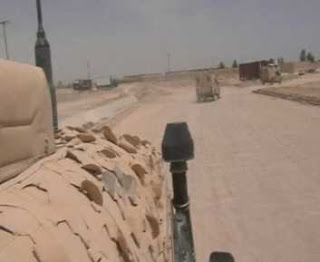 On the face of it, the story is pretty damning. Michael Smith in The Sunday Times is telling us that the Treasury is blocking the Army's attempts to replace its lightly armoured Snatch Land Rovers with safer vehicles.

This Smith has gleaned from his usual anonymous "senior defence sources". But he is picking up a briefing from one partisan camp in the battlefield that is the MoD where rival factions brief their favourite correspondents in the hope of gaining a tactical advantage. Would that they expended as much energy on defeating the Taleban.

Anyhow, the Smith legend has it that "no extra funding for the vehicles will be provided by the Treasury," leaving the Ministry of Defence (MoD) "struggling to fund the vehicles from its overstretched budget." In fact, the truth – as always – is a little more complex.

The MoD has a significant budget for new vehicles – not least having pencilled in upwards of £16 billion for its FRES programme. But, determined to preserve existing spending plans unchanged, its is attempting to hold the Treasury to ransom, demanding that spending on protected vehicles should be financed wholly from "new" money.

However, while the Treasury is prepared to release some additional funding, it is expecting the MoD to chip in a matching contribution, drawn from its current vehicle budget.

This very much mirrors the earlier battle of the purchase of the first tranche of the Mastiffs, when the Army resisted their introduction until it had received assurances that they would be funded entirely from the Treasury account, through the Urgent Operational Requirement system.

Additionally – as a condition of its agreement - it managed to squeeze funding for an additional supply of the utterly useless Pinzgauer Vectors, the Army's preferred protected vehicle.

Coincidentally, the MoD has been working on up-armouring the Snatch, adopting some of the technology used for the production of the e-WIMIK (the "e" standing for "enhanced"). In view of the internecine battles within the MoD, an announcement on this has been brought forward to tomorrow (when there will be Defence questions in the House). Additionally, procurement minister Baroness Taylor will be briefing MPs on Tuesday.

The "enhanced" Snatch is to be known as the Vixen and, while the whole concept of up-armouring existing vehicles is fraught – the US experience with their Humvees being a case in point – none but the most diehard will argue that there is no role (albeit limited) for the Snatch in theatre. The crucial issue is that commanders in the field should have a choice of vehicles, and not be forced to rely on the Snatch simply for lack of a better armoured alternative.

Smith, however, links the two issues, reporting that plans to announce a new protected vehicle "have had to be put on hold", although he concedes that officials are saying that "details of the new improved vehicle were not finalised in time." They also deny that additional funding for the vehicle had been refused.

That latter assertion is indeed the case and when the warring factions have finally finished playing their games, we can perhaps get down to buying these vehicles and bringing them into service.