No one to blame! 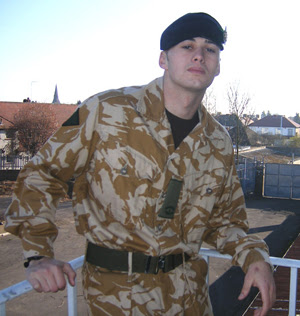 In a classic example of how opinion, rather than facts, drive the media agenda, just over two weeks – on 6 February - a Derby coroner's court held an inquest into the death of Drummer Thomas Wright, from the Worcestershire and Sherwood Foresters.

He had died in Helmand province on 22 June 2007 when his "Snatch" Land Rover had been caught in the blast from a roadside bomb while escorting a military team surveying the site for a new road project linking several Afghan villages in the Babaji area.

At the conclusion of the inquest, Wright's mother gave a statement saying "We are confident that everything possible was done for Tom and the only people we blame for the death are those who planted and detonated the roadside device."

Coroner Robert Hunter was equally measured, confining his remarks to the Taleban, whom he said, "blatantly disregarded human rights". The bombing of the convoy in which Pte Wright was travelling was a "wicked and despicable act", he added.

With such comments, the story made the local news on the BBC, with the local website offering the headline, "Soldier's mother blames no one". It then got reported by a gaggle of local press (such as here) but it went no further.

Compare and contrast this with the two coroners' inquiries ten days later, one dealing with the death of Captain Philippson and the other with the deaths of Lance Sergeant Casey and Lance Corporal Redpath, who had died in a "Snatch" Land Rover, because a better protected Mastiff had not been available.

The difference here was that, in both these cases, the coroners were prepared to make specific charges against the MoD, in terms of inadequate equipment, and there were grieving relatives who were prepared to back up the charges with their own statements.

It can be no coincidence that these stories went nation-wide, featured as the lead item on the BBC and on the front pages of many national newspapers, then to be quoted widely by diverse columnists and bloggers, all uncritically following the "line" set for them by initial reports.

In the Philippson incident, however, the absence of equipment played, at best, a marginal role in the Captain's death yet, with a grandstanding coroner prepared to elevate it to the primary cause, using lurid terms such as "betrayal", this got the lion's share of the media attention.

Perversely, where the equipment issue was absolutely clear-cut, as it was in the case of Lance Sergeant Casey and Lance Corporal Redpath, the publicity was considerably less, often no more than down-pages references attached to the Philippson reports. 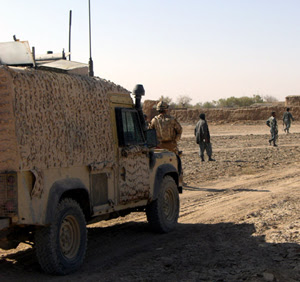 Yet, between this latter incident and the death of Drummer Thomas Wright, there were huge and very obvious parallels. In both incidents, the deaths arose in "Snatch" Land Rovers and, in both incidents, Mastiffs were in theatre but there had not been enough to go round.

In terms of the technical details, Drummer Wright's "Snatch" succumbed to a 10Kg roadside bomb, a level of explosive that the Mastiff is well equipped to deal with. Thus, it is fair to speculate that, had he been riding in a Mastiff, he would most certainly have survived – especially as he was in the "top cover" position and his fatal injuries were occasioned by the force of the explosion turning the vehicle over, crushing the unfortunate soldier to death.

What differed in this latter case, therefore, was not the facts but the coroner's and the mother's reactions to them, those making sure the national media ignored the story. The legend, "Soldier's mother blames no one", effectively killed it, with not a single journalist prepared to look beyond the headline at the actual issues.

This dynamic, of course, is not new – but it is a salutary reminder to those who slavishly follow the news agenda that the media is less concerned with facts than with those who have opinions on them. So it is that perceptions are shaped by those whom the media select to convey their narratives.