Lost before it started – Part 7

In this final part, where we have explored the reasons for the British failure in Iraq, we turn the tables and speculate on whether they, despite the handicaps, could have succeeded. Reviewing what actually did happen after the British had retreated to their final base at Basra airport, we believe they could.

That is the ultimate tragedy. Instead of attracting the contempt of the Iraqis and the disdain of the Americans – who will never really trust us again – we could truly have walked out of Iraq with our heads held high, without having to pretend we had achieved success. It was that close – and that far.

Could it have been different? 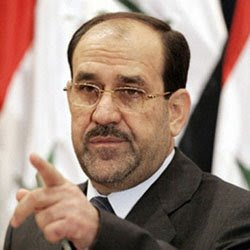 At the start of the occupation in May 2003, the decision to cut back troops levels to 11,000 was disastrous, but not fatal. However, with that, Blair's decision to throw his lot in with the Europeans - compensating, many believe, for his failure to deliver the UK into the embrace of the single currency - seriously hampered the ability of the Army to deal with the insurgency.

And, having pledged the nation's armed forces to the Europeans and Iraq, he offered troops to reinforce the campaign in Afghanistan. That made a tight situation worse.

Even then, defeat was not inevitable. Looking at the campaign in the round, the single most egregious failure was the decision to abandon al Amarah, walking out on a half-trained and poorly equipped 10th Division. That was a major strategic error. Yet that decision itself was not initiated by the politicians but by the military.

Strangely, at the time, there had been very little discussion or debate. Equally, there was virtually no evaluation of the strategic consequences. Then, the "retreat" was an administrative decision. The "road map" had already been revealed by Gen Houghton in March, over three months earlier.

But "repositioning" in order to concentrate on Basra was wrong. Al Amarah was the Mahdi Army's major armoury and it would have made more strategic sense to have cut off the supply of arms at source before dealing with the problem of Basra. It was a "downstream" solution, akin to mopping up a floor after the bath had flooded, without first turning off the taps.

Dealing with the indirect fire

Of course, to have maintained forces at Abu Naji would have required dealing with the indirect fire – one of the main reasons why the base was vacated. Here, the main problems were the lack of suitable equipment, in particular UAVs, helicopters and MRAPs, plus C-RAM for base defence. All three could have been provided. Most were eventually provided, but too late. This was not a problem of money. It was about timing – and commitment.

Even in 2006, at a very late hour, had Gen Dannatt been able to break free of the Army’s obsession with FRES, he could have negotiated a major MRAP package. In exchange for scrapping FRES or putting it on the back-burner, substantially larger numbers of Mastiffs could have been bought, together with other, smaller MRAP vehicles. When this happened anyway in October 2008, it was too late for Iraq – and may be too late for Afghanistan.

As to helicopters, the Army was again partly the author of its own misfortune. Many times, cheaper options than the Future Lynx were offered, and rejected. Had the Army been intent on acquiring tactical helicopters rapidly, it could have had them. It was occasionally able to borrow US Blackhawks and the Americans also provided medivac helicopters, but this was not a reliable foundation on which to carry out planning.

The Army was actually offered a new fleet of Blackhawks off-the-shelf. It turned them down. As for UAVs, the MoD already had in place a replacement programme for the Phoenix, called Watchkeeper, modified Israeli Hermes 450s – with deliveries scheduled for 2010. The modifications, incidentally, were part of the FRES programme. They included fitting extra communications systems fit in with the proposed "network" that was at the heart of the system.

Because of the urgency of providing the Army with a UAV capability, in May 2007 the programme was brought forward with the purchase of the basic Hermes system off-the-shelf, direct from Israel. What was done then could have been done earlier, but for the determination to incorporate FRES modifications. Similarly, with C-RAM being ordered by the MoD in 2007, and temporary measures taken to ensure its early deployment, it is not untoward to argue that this equipment too could have been procured earlier.

With suitable equipment, holding the base at Abu Naji could have been tenable, buying time further to train and equip the Iraqi Army 10th Division. That perhaps could have allowed the Army, with existing resources, to back the Iraqis in recovering the city that much earlier, possibly as early as February/March 2008.

Instead of holding the line in al Amarah, the Army committed its main strength to Basra. And there it made a fatal mistake. In September 2006, it launched Operation Sinbad – a last-ditch operation to recover the city. It was well-planned and executed, but the timing was wrong.

Very much later, the Chief of the Defence Staff, Jock Stirrup, complained that the action had been "watered down" and lacked support from the Iraqi politicians, particularly Maliki. That was always going to be the case.

The British had misread the political situation in Iraq and had acted prematurely. Maliki was still in the grip of Muqtada's party and to have openly confronted the Mahdi at that time would have been political suicide. He had not by then secured his political base, weakening the political grip of Muqtada and could not take the same robust line that he took in 2008. The British would have been well advised to have husbanded their resources until a more propitious moment.

There were, though, the dangerous and debilitating attacks on the bases in Basra, but what held for al Amarah could equally have applied to them – with the probability that, without Abu Naji having been abandoned, the pressure on Basra would not have been as strong. Nor indeed would the insurgency in Sadr City been as troublesome, possibly liberating US resources for the fray.

A change in approach

One there had been a change in the balance of political power in Baghdad, things were possible which had previously been impossible. Then, had the British maintained their presence in al Amarah, a joint British/Iraqi move could have been made on the city, cleaning it out as happened with Operation Promise of Peace. This would have made dealing with Basra an easier proposition.

Arguably, with a British presence remaining in Basra, and the indirect fire being dealt with by technology instead of the wasteful use of manpower, the situation would not have deteriorated so far.

Instead of Basra becoming the battlefield in Charge of the Knights and al Amarah being taken without a shot fired, the situation might have been reversed. The battle would have been at al Amarah.

By June 2008, Muqtada was a busted flush and with British support, again using existing resources, the 10th/14th Iraqi Divisions could have walked into the Sadr strongholds in Basra without a shot being fired. The British, instead of skulking in their base in Basra airport, would have been central to the action, with a wholly different outcome to the one that has come to pass.

The tragedy is that this could have been done with existing manpower resources. Through the recovery of first Basra and then al Amarah, the US did not commit more than 2,500 troops – less than the British had available. What they had and the British did not, was the right equipment – and the right mental attitude.

A lack of commitment

To have won would have required the same degree of commitment injected by President Bush, Robert Gates and Gen David Petraeus. Yet, the Army - Dannatt in particular and Jackson before him - was not prepared to sanction what was required to fight a war that he and the rest of the Army no longer believed was winnable.

That was the real problem. Wars are won and lost in the minds of men. Even without the political drag, this war would have been lost because the Army had decided it was not worth winning. More to the point, it had decided that the price it would have to pay in order to win was unacceptable.

In Iraq, therefore, the Army was defeated by its own leaders. Indisputably, the major fault lay with the politicians, in particular, one man – Tony Blair. But the Army was not without fault. Its equipment was wrong, its tactics were wrong and, in the final analysis, it lost faith in its mission and gave up.

Whether Service chiefs could have made a difference lies in the realm of speculation. The indications are that they did not try. They accepted defeat and, in so doing, made it inevitable.