Lost before it started – Part 5

Having looked at the effects of policy on the conduct of the campaign in Iraq, in this fifth part, we look at the Army's response to criticisms, and its broader response to its own failures, reflecting on the nature of the problems which affect the Army high command. 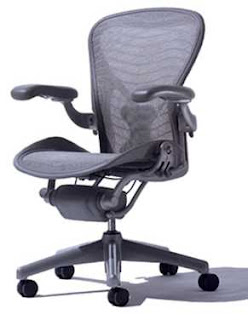 Faced with criticisms of the Iraqi operation, Gen Dannatt has been quick to round on "armchair critics". He is not the only one. At the height of the Iranian hostages affair in April 2007, there had been much speculation about the apparent willingness of the boarding team to surrender without a shot being fired. Des Browne had sprung to the team's defence, castigating the "armchair pundits". "We ought to be very careful about commenting from the comparative comfort of wherever we are, when we are not out there on operations, about decisions that operational commanders and other people make," he said.

It is perhaps a little unkind to point out that, when it came to armchairs, the MoD was better equipped than most. To complement the £2.3 billion refurbishment of its headquarters in Whitehall, it had purchased over three thousand Herman Miller Aeron chairs, described as "the most comfortable office chairs in the world" - at a list price of over £1,000 each.

An Army incapable of learning

Despite its rejection of "armchair critics", we have an Army which seems incapable of learning for itself. For instance, with troops deployed in Afghanistan, albeit in small numbers before 2006, as had happened in Iraq, routine patrols in the capital Kabul had been carried out in Wolf Land Rovers.

Just over a month later, on 19 October, Marine Gary Wright, 45 Commando Royal Marines, was killed in a Snatch as it left the police station in Lashkar Gah, the regional capital of Helmand Province. A suicide bomber had been waiting for his convoy. The Snatch was destroyed, one other Royal Marine was seriously injured and two children bystanders were killed.

In all, up to the end of 2008, at least ten soldiers died in Snatches in Afghanistan, culminating in an infamous incident on 16 June 2008. Then, four soldiers were killed in a Snatch, three from the SAS and one female soldier, Sarah Bryant. Another soldier was badly injured.

The use of the Snatch was roundly condemned as "cavalier at best, criminal at worst," by Major Sebastian Morley, the soldiers' CO. Having tendered his resignation, he claimed that Whitehall officials and military commanders had repeatedly ignored his warnings. Troops would be killed if they continued to allow them to be transported in this vulnerable vehicle, he had protested. He had not been alone. "We highlighted this issue saying people are going to die and now they have died," said a soldier who served with Major Morley, referring to a vehicle which the troops were calling "mobile coffins".

Defence of the Snatch

Far from being contrite, the MoD robustly defended the Snatch. In the immediate aftermath of the June incident, Defence Minister Bob Ainsworth had in the Commons insisted that "commanders on the ground" were telling him they still needed Land Rover-based platforms "... and they will do for the foreseeable future." Weathering aggressive oral questions on 3 November and even a question to the Prime Minister two days later, the MoD maintained its fightback.

This culminated in briefings to MPs and media on 16 December from none other than Lt Gen Nick Houghton, now Chief of Joint Operations. Patronising in tone and simplistic in content, Houghton's dissertation amounted to an admission that, as long as there was a tactical need for a light protected vehicle, the Snatch would have to remain in service. There was no other option. "You may have heard of alternatives," he said, "but at present no acceptable alternative vehicle exists though they are being actively sought."

The Vector – a "coffin on wheels"

What he admitted to journalists after his formal presentation, though, was that there had been an alternative. But it had "proved inadequate, unable to cope with the threat from roadside bombs." This was the Pinzgauer Vector, about which the Army had been so enthusiastic in July 2006. Then, it had prevailed upon Des Browne to buy more - its price for accepting the Mastiff which it had not wanted. A clear record of the Army's intent had been delivered in March 2007 – by Houghton himself. He then told the House of Commons Defence Committee that once the Vector had been deployed fully, "the more vulnerable Snatch would be withdrawn from service in Afghanistan".

There were hints of a problem in June 2008, in a published list of "expected out-of-service dates" for a range of vehicles. The Vector was given a date of 2015. In an Army that routinely kept vehicles for 30 years or more, a mere seven-year service life was unprecedented. Therein lay a tale which raises serious questions about the competence and good faith of those involved in the procurement of Army vehicles.

In June 2006, when the Army had first announced its intention to buy Vectors, this "armchair general" expressed alarm at these "coffins of wheels". This was based on the manufacturer's specifications, which claimed a protection rating against "two NATO L2A2 hand grenades detonating simultaneously only 150mm below the floor pan" – 350g of high explosive. This vehicle was to be deployed into one of the heaviest mined countries in the world, up against Russian anti-tank mines housing 7.5 Kg of high explosive.

More alarmingly, the Vector had a "cab forward" layout, with the driver and the front seat passenger sat over the wheel arches. If a mine detonated under a wheel, either the driver or the passenger would be directly in the so-called "cone of destruction", exposed to the full force of the blast. At least with the Snatch and its "engine forward" layout, there was some distance between the front wheels and the occupants of the cab, allowing, as some did, soldiers to escape the full force of a mine and survive.

Had it deliberately sought out a design to maximise deaths and injuries, the Army, in selecting the Vector, could not have made a better choice. Furthermore, the vehicle was not cheap. Including the support package, each cost £437,000. They were not only "coffins on wheels", they were very expensive coffins. The £258,000 price of a Force Protection Cougar – on which the Mastiff was based – was better value.

Predictably – totally and completely predictably – within months of the Vector being deployed, a fatality was reported. This was on 25 July 2007 when L/Cpl Alex Hawkins and others, "had been taking part in a routine patrol and were returning to their patrol base when the explosion struck their Vector." Two other soldiers were injured. The Vector had to be destroyed to avoid it falling into enemy hands. Channel 4 News noted:

Vector, which is more suitable for rugged terrain than the army’s existing Snatch patrol vehicle, was recently introduced as part of a package of measures designed to increase troops' safety in Iraq and Afghanistan. The first Vectors began arriving in the country in April of this year and are being phased in, set to replace most of the Snatch vehicles by late October.

How many non-fatal incidents occurred we have no means of knowing but reports from serving troops recorded that the "ambulance" section of their flights home were frequently occupied by soldiers who had lost their legs from mine blasts. There is no means of knowing either how many soldiers were killed in Vectors. Conscious of the potential for damaging publicity, the MoD stopped reporting the types of vehicle involved in fatal incidents.

But we do know that, from October 2007 when Snatches were supposed to have been replaced, there had been only one fatal incident involving a Snatch – killing Sarah Bryant and her colleagues – as against three known fatal Vector incidents. There has since been one more, bringing the known total to four.

But there was a final twist to this debacle. There had been yet another Snatch replacement. In April 2008, months before Sarah Bryant and her colleagues had died, the MoD had ordered 24 mine-protected Bushmasters, exclusively for the Special Forces. Had the British emulated the Dutch and called off vehicles directly from Australian Army stock of 400, they could have been on a freight aircraft within weeks and been issued to units in Afghanistan by May. This vehicle could readily have resisted the attack which had killed four people and injured another.

Defence of a failed strategy

While the Snatch was getting the lion's share of attention – greater than in 2005, when so many more soldiers were being killed – and the Bushmaster order having been ignored, troops were being killed and injured in a far more dangerous vehicle, one which had been slated as a replacement for the Snatch. No wonder the Snatch Vixen was rushed in to plug the gap. No wonder Lt Gen Houghton and the MoD had been defensive.

There was though, more to Houghton's defensiveness. The Snatch was more than just a vehicle. It was the embodiment of a mindset. The vehicle filled an operational requirement, reflecting the Army's approach to counter-insurgency. As Houghton explained in his briefing:

In counter insurgency environments, other factors play into the desired capability mix. Most obvious amongst such factors are first the physical accessibility of vehicles in built up areas and narrow streets … Second the physical profile of the vehicle and its affect (sic) on the local people.

Third the ability of a vehicle to allow its occupants to interact with the local population and to allow observation of local atmospherics. And finally I would say the physical effect that a vehicle has in respect of the likelihood of it damaging local infrastructure such as mud walls and weakly constructed roads and culverts and thereby alienating the local population.

The Snatch, therefore, was essential to the Army's "hearts and minds" strategy. But what Houghton did not explain was there were two parts, essentially summed up as "go light – go heavy". The essence was outlined in a joint US/UK study of the British approach to "low intensity operations" in Iraq. This grouped armour into two packages. The Challengers and the Warriors were the "heavies", the Snatch, obviously, the "light". Thus:

Warriors and ultimately Challengers were found to send a very strong statement whereas the use of Snatch vehicles … sent an entirely different message. During difficult periods, having such impressive physical capabilities greatly enhanced the ability to ramp up and down between stances, maintaining British credibility as a serious fighting force.

The strategy, therefore, amounted to sending messages, essentially paternalistic in nature. If the citizens were good, daddy would use Snatches. If they were naughty, daddy would send out the Warriors. If they were very naughty, daddy would get really cross and inflict Challengers on them. If they then behaved themselves, it was back to Snatches as a reward … go light, go heavy – go light, exactly the rhythm to which the Staffords had been exposed in al Amarah in 2005 with such tragic consequences.

The problem, of course, was that the insurgents did not quite see like that. Going "light" meant offering them targets. When the British upped the ante and escorted the Snatches with Warriors, the insurgents learnt how to take out Warriors. When the Challengers appeared, they learnt how to take them out as well. After that, the British had nowhere to go, other than their bases – where they became … targets.

One thing the study also noted was the "instinctive reluctance of junior officers to rely heavily on technology to assist in their tactical decision-making". Was it "based on ill-founded conservatism or on a justified concern with how it may adversely influence their instincts?" it asked. It failed to note that technophobia was not confined to junior officers. However, the point was made – that technology was not always part of the British force mix. More worryingly, it was not part of the intellectual make-up of the Army.