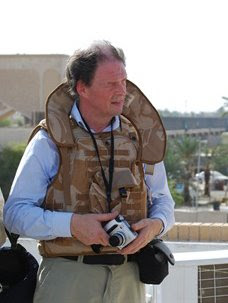 Ultimately, in a parliamentary democracy, the buck stops … in parliament. However powerful a government might think itself to be, it lives and dies by permission of parliament, which can bring it down with one vote of confidence.

Short of that nuclear option, the day-to-day work of scrutinising government is – or should be – carried out by the select committees. They are the bodies that really get down to detail, call the witnesses and examine the documents, producing at great expense detailed reports which, themselves often provide the basis of debates on the floor of the House. That is how the system works … or should do. Except it doesn't – not, at least when it comes to the Defence Committee.

One should not resort to ad hominem attacks when making a case, but the character of a select committee is most often determined by its chairman. With a strong, intelligent head, a committee can be a powerful force. Unfortunately, the opposite applies, so the effectiveness of a committee is very much a matter of personalities. Perhaps that should not be the case, but it is.

And in the chairmanship of the defence committee, we are singularly ill-served by having in the Rt Hon James Arbuthnot a irredeemable idiot – a man who, given an open goal and a ball five feet from it, would punt it in the wrong direction and look for applause.

Therefore, in reviewing "his" 206-page report on "Defence Equipment 2009" – and it is very much a personal production – there is no need to go into any very great detail. The man does not know what he is talking about, has not bothered to find out and has thus spouted reams of drivel that is of little importance and, in the longer term, will have no impact at all.

That is actually the tragedy. There is very much wrong with defence procurement – which is at the heart of this report – and a great deal needs to be said. There is much which needs to be made good. This is what the Rt Hon James Arbuthnot should be addressing. Instead, he has kicked the ball in the wrong direction, and is now appealing to the crowd for applause.

Such that has come his way – and it is very limited, with only two newspapers having really bothered to dissect his work – has focused mainly on his comments on FRES. This is unsurprising given Mr Arbuthnot's choice of phrasing. With an eye to the headlines, he labels it a "fiasco", complaining that "some seven months after announcing General Dynamics UK as the provisional preferred bidder for the FRES Utility Vehicle, the MoD has announced that priority is now to be given to the FRES Scout Vehicle."

Expanding on that, Mr Arbuthnot then tells us:


Whilst we recognise that the MoD's equipment requirements need to reflect changing threats, that is no excuse for the MoD's behaviour in the FRES programme; they have wasted their and industry's time and money. The FRES Utility Vehicle programme was, from the outset, poorly conceived and managed.

We do not need to rehearse in detail the history of the FRES programme, as we have done it recently in three linked pieces here, here and here. All we need to say is that it was – and is – an intensely political project, aimed at equipping the British Army for its role in the European Rapid Reaction Force (ERRF), stemming from the 2003 Defence White Paper.

It always was a fantasy project, wrong in conception, ill-defined from the very start and impossible to achieve. As a result, the MoD has been saddled with something which, from the outset it, it never had a chance of delivering. And, finally, through a long series of steps, it has bowed to the inevitable and cancelled the project.

The direct loss, so we are told, is £130 million, to which we must add at least another £200 million (but probably a great deal more) in cancellation costs for previous projects which stretch back to 1987, when the idea of a wheeled utility vehicle was first seriously mooted.

By that reckoning, well over £300 million has been spent on not acquiring something that the Army does not need, and should not even have attempted to buy. Inasmuch as the MoD has now, once again, recognised this, it something, although it has cost us dear.

That it is now focusing on buying a much-needed replacement for the 35-year-old CVR(T)s is also something. The likelihood is that we will have to buy something off-the-shelf, which is what we should have done years ago, at considerably less cost than we will have to face now.

The trouble is that, without confronting the political background to FRES, and without looking at the project in the round, it is impossible to make sense of it. Thus, Mr Arbuthnot does not make sense of it. He looks as a small segment of the recent history, on the basis of limited and highly selective evidence, and then pontificates.

This is the very worst of the select committee system in practice. Dominated by a man who is incapable of understanding what is going on, and seems determine to avoid looking at the real needs of the Armed Forces, he condemns the MoD for wasting their and industry's time and money.

What he has actually done is waste our time and money, in failing even to begin to address the real issues, a task for which he is handsomely paid yet does not deliver. Perhaps one should think about cancelling Mr Arbuthnot.